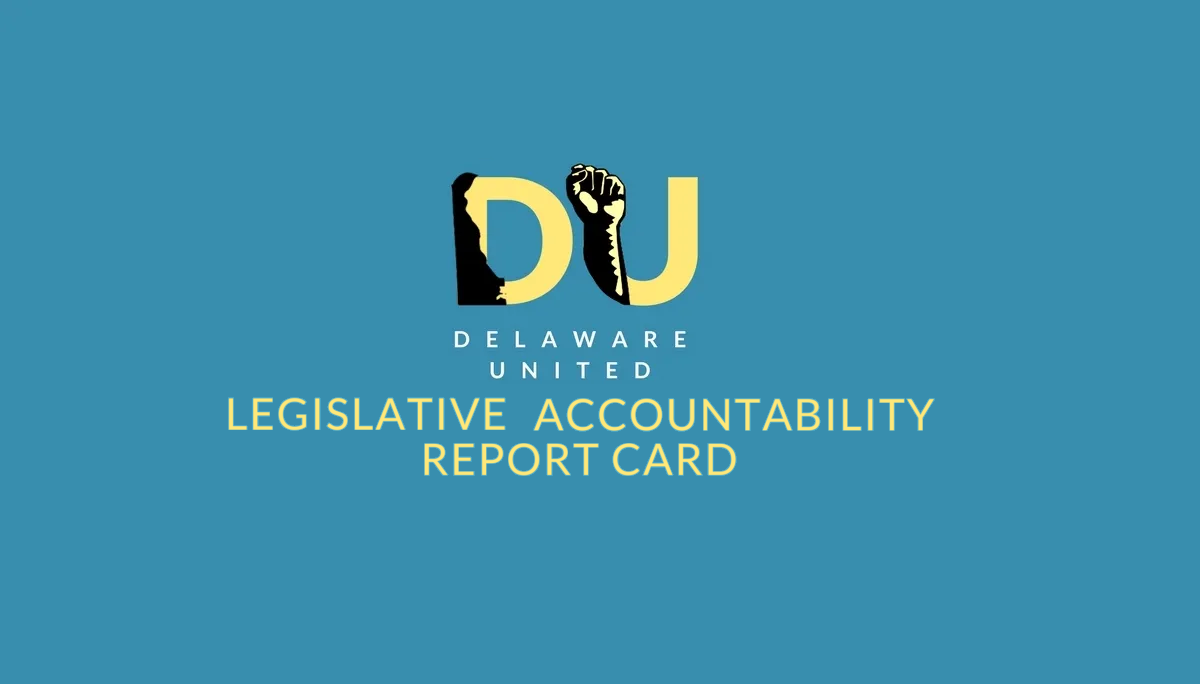 Over the last few months, after the close of the 2019 half of the 150th General Assembly, the good folks at Delaware United, along with various partners, which included myself, representing Blue Delaware, helped craft the 2019 Legislative Accountability Report Card. It is a good tool to grade the votes and engagement of our legislators on important Democratic and progressive issues that faced the General Assembly this year.

The Legislative Accountability Report Card (LARC) is created by about half a dozen statewide groups and numerous citizen activists working together to hold State Senators and Representatives accountable for their voting records. LARC Committee members compile, analyze, and format data so Delawareans can easily see how their legislators performed throughout the year.

The LARC only includes legislation that made it to a vote in one chamber or another and does not include resolutions in either chamber. Resolutions are often ceremonial, normally are unanimously supported, and sometimes only require a voice vote, all of that makes them hard to track and not necessary in the grand scheme of things with regard to the LARC’s purpose.

Being absent on one bill likely will not reduce a legislator’s score much, but excessive absenteeism can impact the LARC grade. Further, a legislator’s job is to research proposed legislation and vote on it. By abstaining, legislators deny constituents the right to know where they stand on important topics. Therefore, abstaining from voting can seriously impact a legislator’s grade.

In the past, Legislators’ final letter grades have been based on quintiles. All legislators’ issue grades are averaged and based on those averages, each legislator falls into one of the quintile grades–A, B, C, D, or F. Legislators’ final grades show Delawareans how individual legislators compare to each other. The grades are based on quintiles, so an “A” is excellent, a “B” is very good/above average, a “C” is satisfactory/average, a “D” is needing improvement, and those with an “F” are the bottom tier performers.

Starting in 2019, to reduce confusion the LARC final grades were not translated into letter grades. Instead, the scores remained in number format, so people can better see the spread of the scores across all legislators without having to go back and forth to the full datasheets.

If you do not know who your current legislators are, please visit Legis.Delaware.Gov and use the “Who Is My Legislator” tool.

Some other updates in 2019: In 2018, concerns were raised that some bills were not included in the final project. We surveyed the bills last year and found that it would not have made an impact on the overall score of any legislator, so we elected not to do a re-release. In 2019, we decided to include virtually all non-housekeeping or hyper-local bills (such as routine charter changes). This means that some days there were multiple pieces of legislation that were voted on in a single day that made it onto the LARC this year. So, if a legislator missed that day, their attendance on that one day could have impacted their overall score more drastically than it did in 2018.