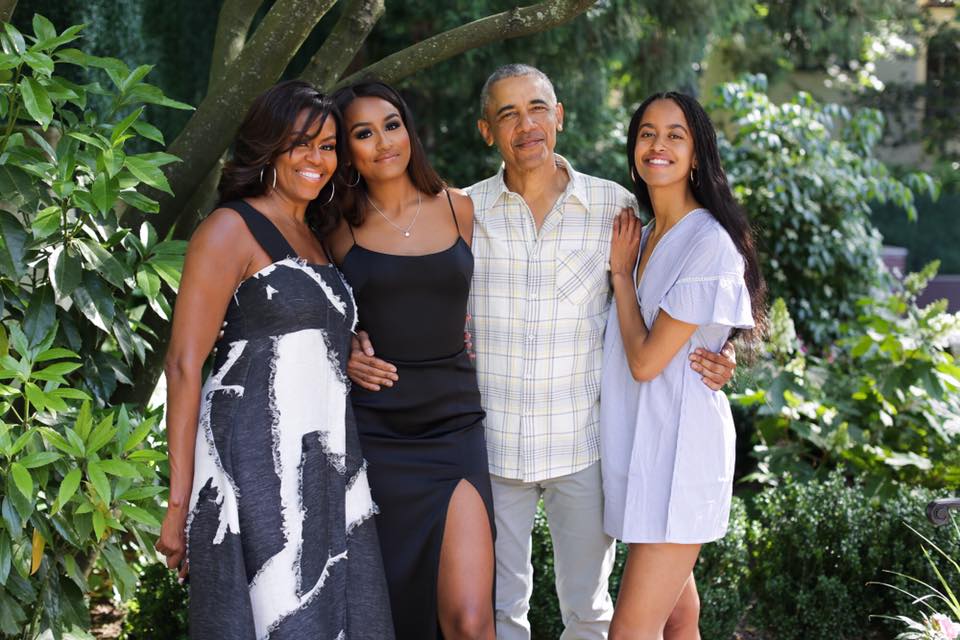 “The Justice Department’s inspector general found no evidence that the FBI attempted to place undercover agents or informants inside Donald Trump’s campaign in 2016 as agents investigated whether his associates conspired with Russia’s election interference operation,” the New York Times reports.

“The determination by the inspector general, Michael Horowitz, is expected to be a key finding in his highly anticipated report due out on Dec. 9 examining aspects of the Russia investigation. The finding also contradicts some of the most inflammatory accusations hurled by Mr. Trump and his supporters, who alleged not only that F.B.I. officials spied on the Trump campaign but also at one point that former President Barack Obama had ordered Mr. Trump’s phones tapped.”

Washington Post: “Global temperatures are on pace to rise as much as 3.9 degrees Celsius (7 degrees Fahrenheit) by the end of the century, according to the United Nations’ annual ‘emissions gap’ report, which assesses the difference between the world’s current path and the changes needed to meet the goals of the 2015 Paris climate accord.”

“Should that pace continue, scientists say, the result could be widespread, catastrophic effects: Coral reefs, already dying in some places, would probably dissolve in increasingly acidic oceans. Some coastal cities, already wrestling with flooding, would be constantly inundated by rising seas. In much of the world, severe heat, already intense, could become unbearable.

Tim Miller: “According to a report by MSNBC’s Stephanie Ruhle, Bolton said that he believes there is a ‘personal or business relationship dictating Trump’s position on Turkey.’” “Wait what? The president’s former national security advisor suggested that the commander-in-chief made life or death national security decisions because of an active conflict of interest related to his business?”

“Even by the standards of Trumpian corruption, this is holy-motherforking-shirtballs level stuff.” “Bolton’s accusation, if accurate, would amount to the biggest scandal in the American presidency in half a century: The most senior security staffer, a man with unparalleled access to the president, believes that Trump acted in a way that is indistinguishable from double-dealing despots the world over.”

“As a result of the U.S.-China trade war, the government adds as much as 25% to the import price as Chinese goods enter the country. If Chinese companies were absorbing that cost, they would have to cut their prices as much as 20% – a level that would allow U.S. retailers, manufacturers, or wholesalers to keep their own prices and profits stable. That is not what is happening. Import data from June 2018 to September 2019 shows Chinese import prices fell only 2%, the Fed study found, in line with price declines seen in many other nations as global trade slowed.”

Charlie Sykes: “It is one thing to defend their party’s president against his partisan foes. This is hardly unprecedented. But the innovation of Trumpian hackery is the demand that hacks set their intellect, character and political future on fire.”

“Nunes is the very model of this new hackery. He is not merely Trump’s defender, he has become his doppelgänger and co-conspirator, willing to peddle discredited propaganda likely cooked up by Russian military intelligence if Trump demands it.”

“There are two possibilities here: Nunes knows that he is cynically using Trump-friendly talking points because they play well on Fox News, or he actually believes this fetid mass of falsehoods because, as Slate’s Will Saletan told me, ‘he’s been using his own product.’ It’s not clear which is worse, but the question goes to the essence of the new hackery.”

Secretary of State Mike Pompeo was asked if he would consider testifying in the House impeachment investigation, after President Trump encouraged him earlier to do it, CBS News reports. Said Pompeo: “When the time is right, all good things happen.”

Max Boot: “Republicans have turned their back on conservative principles to become a cult of personality for an aspiring authoritarian. All voters with a conscience should now turn their back on the Republican Party. For aiding and abetting the president’s egregious abuses of power, the Republican Party deserves to be destroyed from top to bottom. We need a center-right party in this country. What we have instead is a party with no fixed principles that is willing to do anything — no matter how vile — to serve its maximum leader, a.k.a. ‘the chosen one.’”

The anonymous White House official who has written a bombshell book about President Trump’s tenure says they will not remain anonymous forever, during a public interview on Reddit.

Said the person: “As far as anonymity is concerned, I will not keep my identity shrouded in secrecy forever. I am not afraid to use my own name to express concern about the current occupant of the Oval Office. Donald Trump has not heard the last of me. There is more to come.”

They added: “Other people who are currently serving, and who have left, are also considering adding their voices before votes are cast in 2020. We talk about this with some regularity.”

“A final tally of babies born in the U.S. last year confirms that the birth rate fell again in 2018, reaching the lowest level in more than three decades,” NBC News reports.

“A closer look at the data suggests that Americans are not having enough babies to sustain the population.”

Laura Field: “Bannon, Gorka, and Miller are the very sort of men who support Donald Trump Jr., and the very sort of men whom he supports. And like it or not, they are the face of today’s conservatism and today’s Republican party. Earlier this month, emails were leaked that definitively proved Stephen Miller’s white supremacy, and not a single Republican member of Congress has joined the call for his resignation. As Jeet Heer put it back in August, Stephen Miller’s Republicanism is perfectly mainstream.”

“And so, while my first thought after the Trump Jr. protest was to question the journalism—Why are they calling these guys mainstream?—it’s the reality that’s off, not the writers.”

Washington Post: “The court, composed of five conservatives nominated by Republican presidents and four liberals chosen by Democrats, has little choice but to step onto a fiercely partisan battleground. It announced Tuesday that it will consider on Dec. 13 whether to schedule a full briefing and argument on the president’s request that it overturn a lower-court ruling giving New York prosecutors access to Trump’s tax returns and other financial records in their investigation of ­hush-money payments in the lead-up to the 2016 election. There are many more such evaluations to come.”

“And the first case likely to reach the Supreme Court on the question of Trump’s broad assertion of executive power over those who worked for him features former White House counsel Donald McGahn, who played a pivotal role in the confirmation of Trump’s Supreme Court nominees, Neil M. Gorsuch and Brett M. Kavanaugh.”

“In case there were any doubts over his White House standing, Stephen Miller offered his critics the ultimate power move Tuesday as he boarded Air Force One to accompany President Trump to a campaign rally in South Florida,” the Washington Post reports.

“Miller’s reserved seat was another sign that the White House senior adviser has suffered no internal consequences in the two weeks since a social justice website published a trove of his old emails that showed him promoting political material and talking points linked to white-supremacist groups.”

Washington Post:: “The divisions were on display Tuesday night at a raucous pro-Netanyahu rally in Tel Aviv. Angry supporters reportedly chanted ‘Die Leftist’ and ‘Arrest the Investigators’ and carried signs reading ‘Cops — Or Criminals?’ Speakers railed against the attorney general and prosecutors — who have been given security details in recent days — parroting the prime minister’s portrayal of the indictments as a ‘coup’ attempt by an unaccountable deep state and a biased media. One protester attempted to grab the microphone of an on-air journalist as another spat on him.”

“But, following a day of speculation about his plans, Netanyahu failed to make an appearance at the gathering as discomfort over his scorched-earth response to the indictments grew.”