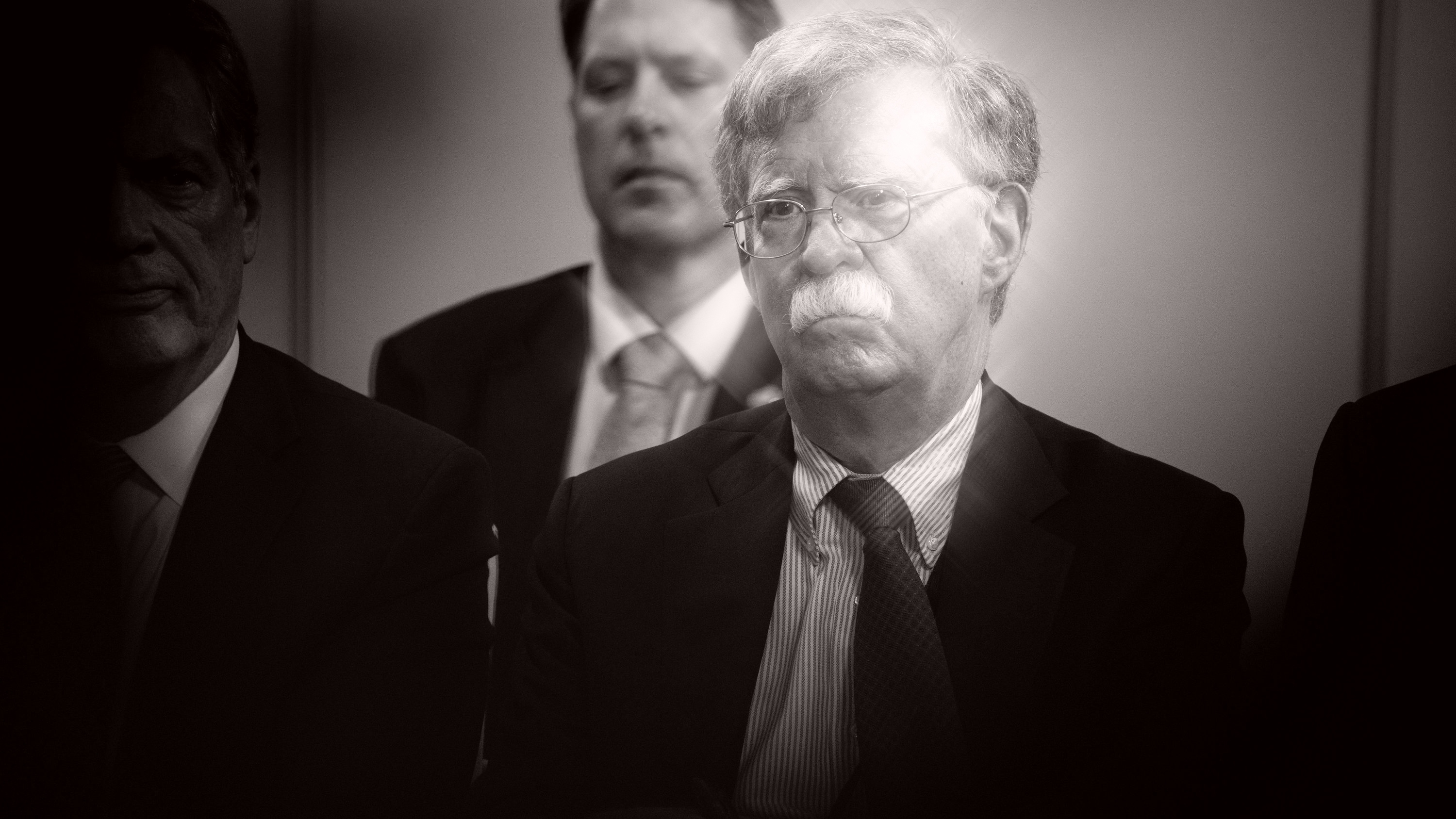 “A fed­eral judge has ruled that close pres­i­den­tial ad­vis­ers aren’t im­mune from be­ing forced to tes­tify in con­gres­sional in­quiries in an opin­ion that could even­tu­ally clear the way for nu­mer­ous ad­min­is­tra­tion of­fi­cials to be sum­moned as part of the im­peach­ment in­ves­ti­ga­tion of Pres­i­dent Trump,” the Wall Street Journal reports.

“U.S. Dis­trict Judge Ke­tanji Brown Jack­son struck a blow against a decades-old legal doctrine known as complete immunity, which has long been asserted by lawyers representing presidential administrations of both parties but has remained largely untested in the courts.”

“Lev Parnas, a business associate of Rudy Giuliani, wants to testify to Congress that aides to Rep. Devin Nunes called off a trip to Ukraine this year when they realized they would be required to notify Democratic committee chairman Adam Schiff,” CNBC reports.

“The purpose of the trip was to interview two Ukrainian prosecutors who claim to have evidence that could help President Donald Trump’s reelection campaign, according to Parnas’ lawyer.”

So, what was the point of the last few months, then? Was the entire point to just cede territory to Turkey and Russia and to intentionally betray the Kurds? Because if the point was to just get out of Syria, well, that has been proven to be a lie.

“The delay allows the justices to decide how to handle the House subpoena and a similar demand from the Manhattan district attorney at the same time.”

“The House’s quest for the records is not part of the ongoing impeachment inquiry, but the court’s action probably means Democrats will not have the records before an expected vote on impeachment by year’s end.”

David Ignatius: “Spencer had tried to find a compromise, sources tell me, after Trump tweeted Thursday, ‘The Navy will NOT be taking away Warfighter and Navy Seal Eddie Gallagher’s Trident Pin.’ Spencer feared that a direct order from Trump to protect Gallagher, who is represented by two former partners of Trump’s personal attorney Rudolph W. Giuliani, would be seen as subverting military justice.

“After that Trump tweet, Spencer cautioned acting White House Chief of Staff Mick Mulvaney that he would not overturn the planned SEAL peer review of Gallagher without a direct presidential order; he privately told associates that if such an order came, he might resign rather than carry it out. Gen. Mark Milley, the chairman of the Joint Chiefs of Staff, spoke with the White House late Thursday to try to avert this collision.”

“Milley’s de-escalation efforts initially appeared to be successful… But the truce was short-lived. By Saturday, the White House was demanding to know whether Spencer had threatened to resign; the Navy secretary issued a statement denying that he had made any such public threat and continued to seek a deal that would protect the Navy from a direct showdown with Trump.”

“‘It was a hold-your-nose solution,’ said a source close to Spencer about his effort to broker an arrangement that would allow Gallagher to retire at the end of November with his former rank, an honorable discharge and his Trident pin, as Trump wanted, but without direct presidential interference in the SEAL review process. As so often happens with attempts to work with Trump’s erratic demands, this one ended in disaster.”

New York Times: “A Defense Department official said Chief Gallagher would now keep his Trident pin, the symbol of his membership in the SEALs, at Mr. Esper’s direction because of concerns that the events of the past few days would make it impossible for him to get an impartial hearing.”

Energy Secretary Rick Perry told Fox & Friends that he believes President Trump is the “chosen one.”

He added: “And I actually gave the president a little-one pager on those Old Testament kings about a month ago and I shared it with him. I said, ‘Mr. President, I know there are people that say you said you were the chosen one and I said, ‘You were.’ I said, ‘If you’re a believing Christian, you understand God’s plan for the people who rule and judge over us on this planet in our government.’”

Here is the problem with proclaiming Trump’s as God’s Chosen One. When Trump loses and then is indicted and imprisoned, it means that God has lost is never to be believed again. So please proceed, you idiot evangelicals, to your rhetorical oblivion.

“Congressional Republicans dug deep in defense of Donald Trump over the weekend, frustrating Democratic hopes that the impeachment inquiry would build bipartisan support following weeks of testimony laying out how Trump attempted to extract a political ‘favor’ from Ukraine in exchange for official acts,” The Guardian reports.

“At the same time, the White House said it was preparing for a trial in the Senate. If the House of Representatives votes for impeachment, the matter would move to the upper chamber with Trump’s removal from office on the line.”

“But that prospect seemed distant as not a single elected Republican stepped forward to criticize Trump and members of Congress dodged the question of whether it was acceptable for a president to seek help from a foreign country with a political campaign.”

“House Democrats are increasingly focusing on multiple articles of impeachment against President Trump over the Ukraine scandal — as some lawmakers push to go even further and include what many in the party see as clear criminality detailed in former special counsel Robert Mueller’s report,” CNN reports.

“In private, Democrats are debating how broadly to draft the articles of impeachment against Trump, especially given what many in the House view as clear misconduct detailed in the Mueller report and violations of the Constitution’s emoluments clause by allegedly enriching himself while in office.”

New York Times: “In public hearings over the last two weeks, American diplomats and national-security officials have laid out in detail how Mr. Trump, at the instigation and with the help of Mr. Giuliani, conditioned nearly $400 million in direly needed military aid on Ukraine’s announcing investigations into Mr. Biden and his son, as well as a debunked conspiracy theory that Ukraine, not Russia, interfered in the 2016 presidential election.”

“But interviews with the two Ukrainian oligarchs — Dmitry Firtash and Ihor Kolomoisky — as well as with several other people with knowledge of Mr. Giuliani’s dealings, point to a new dimension in his exertions on behalf of his client, Mr. Trump. Taken together, they depict a strategy clearly aimed at leveraging information from politically powerful but legally vulnerable foreign citizens.”

Jonathan Bernstein: “I’m not predicting that President Donald Trump will be removed from office; that’s probably not going to happen. But there’s a big difference between probably and certainly. And after two weeks of public impeachment hearings, it seems to me that a certainty has set in: that there’s simply no way that Republicans will ever turn on Trump.”

“Perhaps! It’s true that congressional Republicans seem to be more solidly behind Trump than ever. In particular, Representative Will Hurd, who might’ve been the most likely member of the party to vote for impeachment and take a few others with him, seems to have decided against it. The most likely outcome may still be a close-to-party-line impeachment in the House and acquittal in the Senate.”

“But remember that conservative Republicans stuck with President Richard Nixon in 1974 … right up until they didn’t. Trump’s seemingly unanimous support right now is similar to the backing that Nixon had even as his original cover-up collapsed in early 1973; as the Senate Watergate committee hearings dominated that summer; as the Saturday Night Massacre unfolded in October; and as the House judiciary committee debated and voted on specific articles of impeachment in 1974. And then: The smoking gun tape came out and it all collapsed immediately. Even Nixon’s strongest supporter on the judiciary committee, the Jim Jordan of the day, who had just vigorously defended the president during televised deliberations, flipped and said he’d vote to impeach on the House floor.”

Politico: “White House budget hawks who have failed to rein in government spending in the Trump era might get a major win — by default.”

“Top Republicans and Democrats are fumbling in their attempts to clinch a deal to fund the government over the next year. The result could be a governmentwide spending freeze — exactly what Mick Mulvaney and the rest of President Donald Trump’s negotiating team sought months ago.”

“With no agreement in sight and impeachment captivating the Capitol, it’s increasingly likely Washington will be forced to accept another temporary funding bill in December. Lawmakers are already eyeing a months-long stopgap to stave off a Christmastime shutdown. In the worst-case scenario, a full-year extension could follow.”

“The tsunami of disaffection among voters was clear across the board, as pan-democrats rode the wave to win big in poor and rich neighbourhoods, in both protest-prone and non-protest-afflicted districts and, in downtown areas as well as the suburbs.”

“Democrats on the House Intelligence Committee plan to deliver a report soon after Thanksgiving making the case for impeaching President Trump, the chairman said on Monday, moving quickly to escalate what he called ‘urgent’ evidence of wrongdoing by the president,” the New York Timesreports.

“Rep. Adam Schiff (D-CA), the Intelligence Committee chairman, wrote in a letter to colleagues that after two months of inquiry amid consistent stonewalling by Mr. Trump, his panel has uncovered ‘massive amounts of evidence’ pointing to misconduct and ‘corrupt intent’ by the president.”

“The evidence will be detailed in a report being drafted for public release and transmittal to the House Judiciary Committee shortly after lawmakers return from their holiday break, Mr. Schiff wrote. The Judiciary panel is expected to promptly draft and debate articles of impeachment against Mr. Trump based on its findings.”

Reuters: “An ambitious ‘phase two’ trade deal between the United States and China is looking less likely as the two countries struggle to strike a preliminary ‘phase one’ agreement.”

“Officials in Beijing say they don’t anticipate sitting down to discuss a phase two deal before the U.S. election, in part because they want to wait to see if Trump wins a second term.”

Said one Chinese official: “It’s Trump who wants to sign these deals, not us. We can wait.”

Daily Beast: “Publicly, Trump hasn’t said a peep about the highly popular news aggregator run by right-wing media impresario Matt Drudge. But privately, he has simmered over the critical coverage that the site has run and linked to, with regards to the impeachment proceedings.”

“In recent weeks, Trump has even asked Jared Kushner, his son-in-law and a top White House official—who has had a friendly relationship with the site’s creator—to ‘look into it’ and reach out to Drudge.”