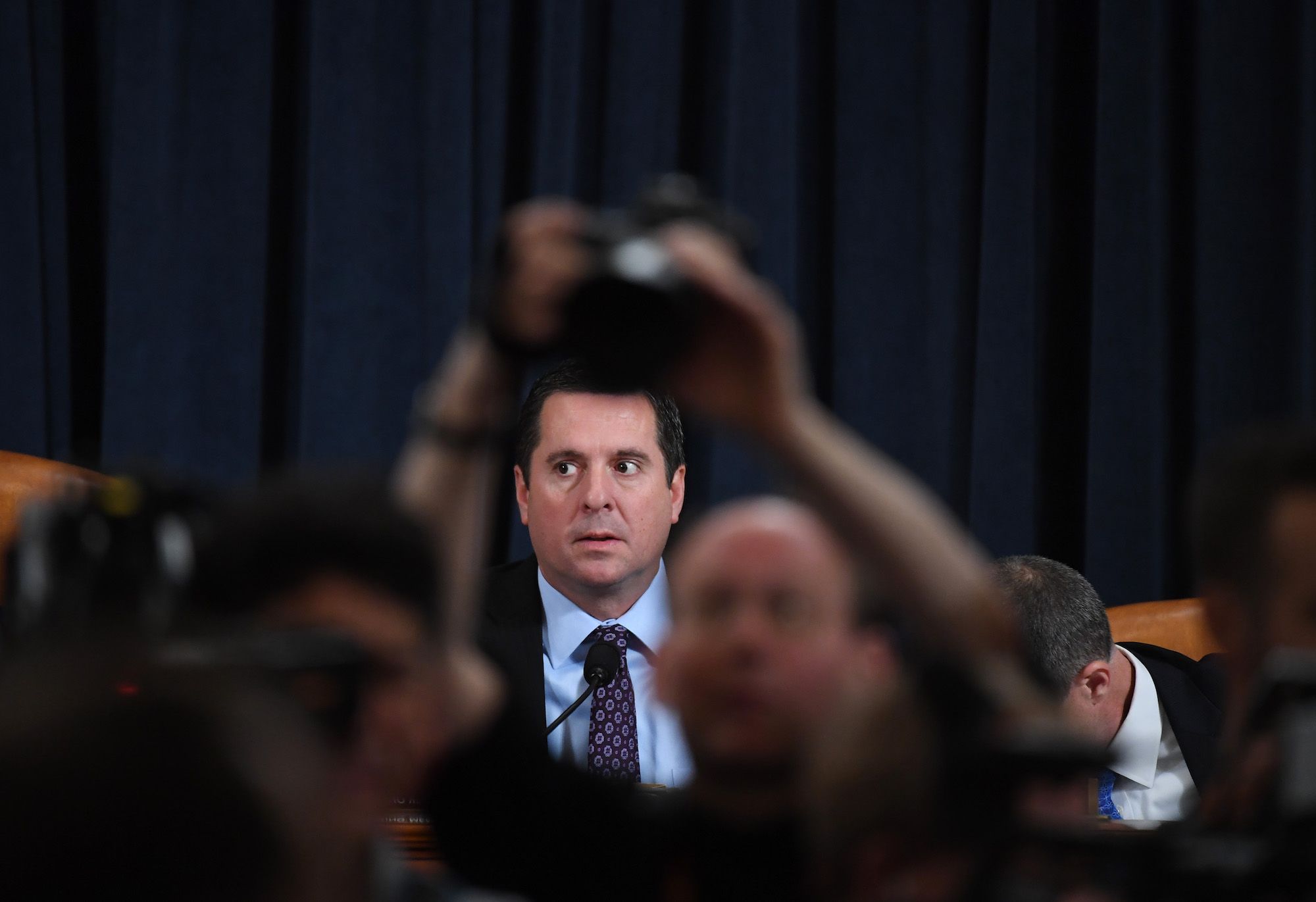 “The State Department released the documents Friday to the group American Oversight in response to a Freedom of Information Act lawsuit. They show that Pompeo talked with Giuliani on March 26 and March 29.”

Lev Parnas, one of the two indicted associates to Rudy Giuliani, says Rep. Devin Nunes (R-CA) met with an ousted Ukrainian official in an effort to dig up dirt on 2020 candidate Joe Biden, according to Parnas’ lawyer.

The attorney also told CNN that Parnas helped Nunes contact Ukrainians in the congressman’s efforts to find damaging information on Biden. Bondy said that his client is open to testifying to congressional investigators on Nunes’ alleged communications in Ukraine.

During an interview on “AM Joy,” MSNBC host Joy Ann Reid asked Smith about a potential ethics investigation into Nunes after Parnas’ attorney told the Daily Beast on Wednesday that his client had arranged contacts for Nunes in 2018 to help with his “investigations.”

“Quite likely, without question,” Smith responded.

“One of the Florida businessmen who worked with Rudy Giuliani on his hunt for Ukrainian dirt on Democrats has turned over a trove of ‘hard evidence’ to impeachment investigators — including photos and videos,” the New York Daily News reports.

“Lev Parnas, who was criminally charged last month in a sweeping campaign finance scheme that overlaps with the House impeachment inquiry, had so much evidence it had to be sent to House probers in several batches.”

New York Times: “A highly anticipated report by the Justice Department’s inspector general is expected to sharply criticize lower-level F.B.I. officials as well as bureau leaders involved in the early stages of the Trump-Russia investigation, but to absolve the top ranks of abusing their powers out of bias against President Trump, according to people briefed on a draft.”

“Investigators for the inspector general, Michael Horowitz, uncovered errors and omissions in documents related to the wiretapping of a former Trump campaign adviser, Carter Page — including that a low-level lawyer, Kevin Clinesmith, altered an email that officials used to prepare to seek court approval to renew the wiretap.”

“While news organizations including The Wall Street Journal and The Washington Post have openly weighed when and whether to call Trump’s misstatements ‘lies’ — a term that implies malice and forethought — Tapper thinks the media is well past the point of giving Trump the benefit of the doubt. His special, therefore, represents a new benchmark in the mainstream media’s adjustment to Trump’s norm-shattering presidency.”

New York Times: “As the committee wrapped up its public hearings on Thursday, House Democrats have opted for expeditious over comprehensive, electing to complete their investigation even without filling in major gaps in the story. It is a calculated gamble that they have enough evidence to impeach Mr. Trump on a party-line vote in the House and would risk losing momentum if they took the time to wage a court fight to compel reluctant witnesses to come forward.”

“After two weeks of riveting public hearings in the House impeachment inquiry into President Trump, there is a mountain of evidence that is now beyond dispute,” the AP reports.

“Trump explicitly ordered U.S. government officials to work with his personal attorney Rudy Giuliani on matters related to Ukraine, a country deeply dependent on Washington’s help to fend off Russian aggression. The Republican president pushed Ukraine to launch investigations into political rivals, leaning on a discredited conspiracy theory his own advisers disputed. And both American and Ukrainian officials feared that Trump froze a much-needed package of military aid until Kyiv announced it was launching those probes.”

“Those facts were confirmed by a dozen witnesses, mostly staid career government officials who served both Democratic and Republican administrations. They relied on emails, text messages and contemporaneous notes to back up their recollections from the past year.”

Politico: “The Judiciary Committee will draft and vote on articles of impeachment and send those to the full House for debate, that much is clear. But how the Judiciary panel completes the already unorthodox impeachment process is still up in the air. Though lawmakers and aides expect the 1998 proceedings against former President Bill Clinton to be the model for the Trump case, they’re quick to emphasize they haven’t been told how the endgame will play out.”

“In fact, Judiciary Committee members have received little guidance from party leaders on how the panel will conduct the proceedings or the timeframe for completing them, according to interviews with more than a dozen Democratic lawmakers and aides. They know that the Intelligence Committee will send a report to Judiciary, but beyond that, they don’t know the number of hearings, format, or the timeline for finishing up work.”

“Amazon on Friday cited comments by President Trump at a rally and to journalists as it pursues its challenge to the Pentagon’s surprise decision to award a lucrative contract to rival Microsoft last month,” the Washington Post reports.

“For the first time, Amazon directly linked comments by the president to the award of the Joint Enterprise Defense Infrastructure contract, also known as JEDI, to Microsoft last month. Though Amazon filed its protest under seal, it also notified the Court of Federal Claims that it intends to use four videos as exhibits, including one of Trump at a February 2016 campaign rally, as well as one of a Fox News host urging him to prevent the Pentagon from awarding the contract to the online retail giant.”

“After two weeks of extraordinary open hearings that Democrats envisioned as their best opportunity to shape public opinion on impeachment, President Trump claims to be impervious to the cascade of damaging revelations because of hardening Republican opposition to his removal from office,” the Wall Street Journal reports.

“So far, the historic proceedings have exacerbated the political divide. Some moderate Republican lawmakers once seen as the most likely to break with Trump condemned his conduct but declared in recent days that they would vote against his impeachment because they do not believe the president’s actions meet that threshold.”