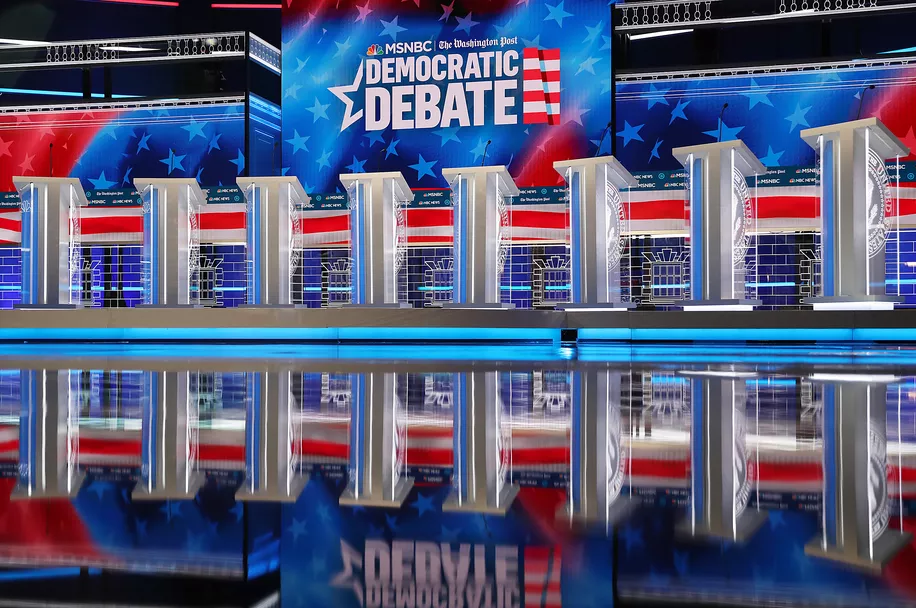 A new Saint Anselm College poll in New Hampshire finds Pete Buttigieg leading the Democratic field with 25%, followed by Joe Biden and Elizabeth Warren at 15% each, Bernie Sanders at 9%, Amy Klobuchar at 6%, and Tom Steyer, Tulsi Gabbard and Cory Booker at 3% each.

Washington Post: “Biden’s campaign once shrugged off the potential impact of losing the caucus vote on Feb. 3, but concerns lately have grown about just how poorly he might do. Desperate to avoid a humiliating showing that might have broader repercussions, Biden is planning a renewed focus on Iowa, with an expectation that both he and his wife, Jill, soon will make the kind of extended trips to the state that other candidates have for months. They also have launched a new digital campaign and could have additional endorsements in the works.”

“Mike Bloomberg won’t need the money if he runs for president, but some executives on Wall Street are getting ready to line up behind him – and that could be bad news for other moderate Democratic contenders looking for a fundraising boost,” CNBC reports.

“Bloomberg, the billionaire former mayor of New York, has said he will not conduct any fundraising and will self-finance a run for president. Yet his campaign could pull financial industry support from more moderate Democatic candidates such as former Vice President Joe Biden, South Bend, Indiana, Mayor Pete Buttigieg and Sen. Kamala Harris.”

I agree with Matt. The way Pareene describes “Obama World” and “Clinton World” in the article is just not reflective of reality.

The “green wave” of campaign cash that boosted Democrats and liberal causes in 2018 included an unprecedented gusher of secret money, new documents obtained by Politico show.

“The Sixteen Thirty Fund, a little-known nonprofit headquartered in Washington, spent $141 million on more than 100 left-leaning causes during the midterm election year, according to a new tax filing from the group.”

Good. I am not for principled unilateral disarmament. If the Republicans can do something, then the Democrats can and should do something.

Politico: “Pete Buttigieg will take the stage at Wednesday’s debate as a serious threat to the top Democratic presidential candidates for the first time. And that makes the debate a serious threat for him.”

“The South Bend, Ind., mayor, is riding his best poll numbers yet in Iowa and New Hampshire — running in a tight pack with Joe Biden, Elizabeth Warren and Bernie Sanders in many polls and even pulling into 10-point leads in recent surveys from The Des Moines Register and St. Anselm College.”

“But that surge in the early states comes with the glare of additional scrutiny, including on his struggles appealing to African American voters in other states, and the growing likelihood of attacks from Democratic opponents eager to blunt Buttigieg’s rise and regain momentum of their own.”

New York Times: The Top Four vs. Everyone Else.

Politico: “Michael Bloomberg is under fire for his stop-and-frisk policy. Deval Patrick is facing questions about his lucrative business career. Elizabeth Warren lost ground in a major Iowa poll as her Medicare for All plan revived questions about her electability.

“And Joe Biden is sitting back and watching the show.”

“Biden — who since April has swatted aside questions about his record, age, verbal miscues and lagging fundraising — is, for once, outside the line of fire. The target on the former vice president’s back has shrunk as Warren and Pete Buttigieg have gained ground, and as Bloomberg and Patrick have entered the fray as centrist alternatives to Biden.”

“But now the North Carolina Republican’s independent streak is fading. He’s deploying the president as a shield against a conservative primary challenger and he’s hugging Trump tightly.”