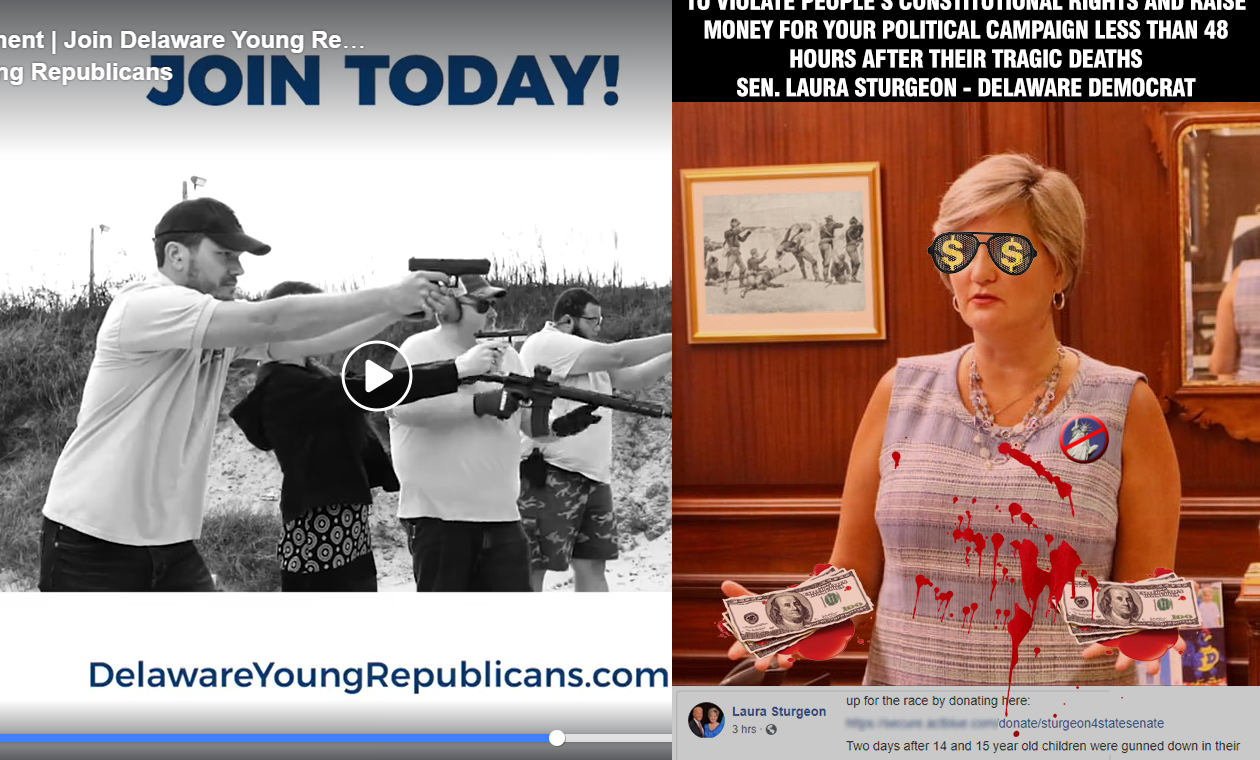 Last Friday, WGMD reported on the Delaware Young Republicans’ (DYR) campaign to support the unregulated possession and use of military weapons by the general public. In the article, Sam Chick, a failed General Assembly candidate from years past but now the Chair of the DYR, offered this quote: “Democrat Governor John Carney and his flunkies Senators Townsend and Sturgeon have made it clear that they and their gang of far-left Delaware Democrats will not stop until the right to keep and bear arms has been utterly annihilated.”

Now, I know Trumplican flunkies like Sam Chick think all Democrats are to the left of Mao, but reality outside their Fox News bubble is decidedly different. In no factual world can Governor John Carney be called “far left.” Indeed, the only Delaware elected official who could possibly be labeled as such is Representative John Kowalko, and even then, I could find some votes in his record that would be enough to label him a neoliberal. This is Delaware, after all.

Senator Laura Sturgeon responded to the article (and the DYR’s posting of the article with their commentary on Facebook) with her own Facebook post below, saying:

The DYR, and Sam Chick, reacted badly, and rather disingenuously, to being called out: “Congratulations Sen. Laura Sturgeon for winning the coveted 4D Award! Laura has been named the Downright Despicable Delaware Democrat of the month for her absolute commitment to big-government and constitutional corruption to the point that she sees no moral issue with raising money from the deaths of children before the families have even had a chance to grieve.”

So the gun nuts are now offended on behalf of those children who were murdered by guns, and they are offended by those who want to save those murdered lives? Remember, Laura Sturgeon, and Democrats like her, want reasonable gun safety measures to PREVENT the death of children and others. If you think Sam Chick or any gun fetishist out there in that gun porn video the DYR posted cares about the deaths of anyone killed in a gun massacre, children or otherwise, and are offended that someone would raise money over the gun control issue, then I have a bridge to sell you. The NRA and Republicans routinely fundraise after a school shooting or other gun massacre. So, at best, the DYR is being disingenious and hypocritical.

And that is even before we get to the image of the Senator covered in blood. Again, if we wanted to be accurate here, the people who have blood on their hands, and clothes, would be the people preventing the passage of gun safety measures. Gun fetishists like Sam Chick and his minions at DYR.

The Senator called out DYR’s misleading image above, saying “The rest of the sentence [that DYR cut from the image] is about their pro-gun video that was featured in an article two days after the California shooting. Again, Trump-style politics: making false statements, using falsified imagery, doctoring words and images to fit a false narrative. It’s a shame because there are really good, responsible people in the Republican party of Delaware who I know do not condone this dishonest behavior. Hopefully, they will denounce it.”

They have not denounced it, and Delaware Democrats of all stripes need to get this fantasy out of their head that there are any moral or decent Republicans alive today.