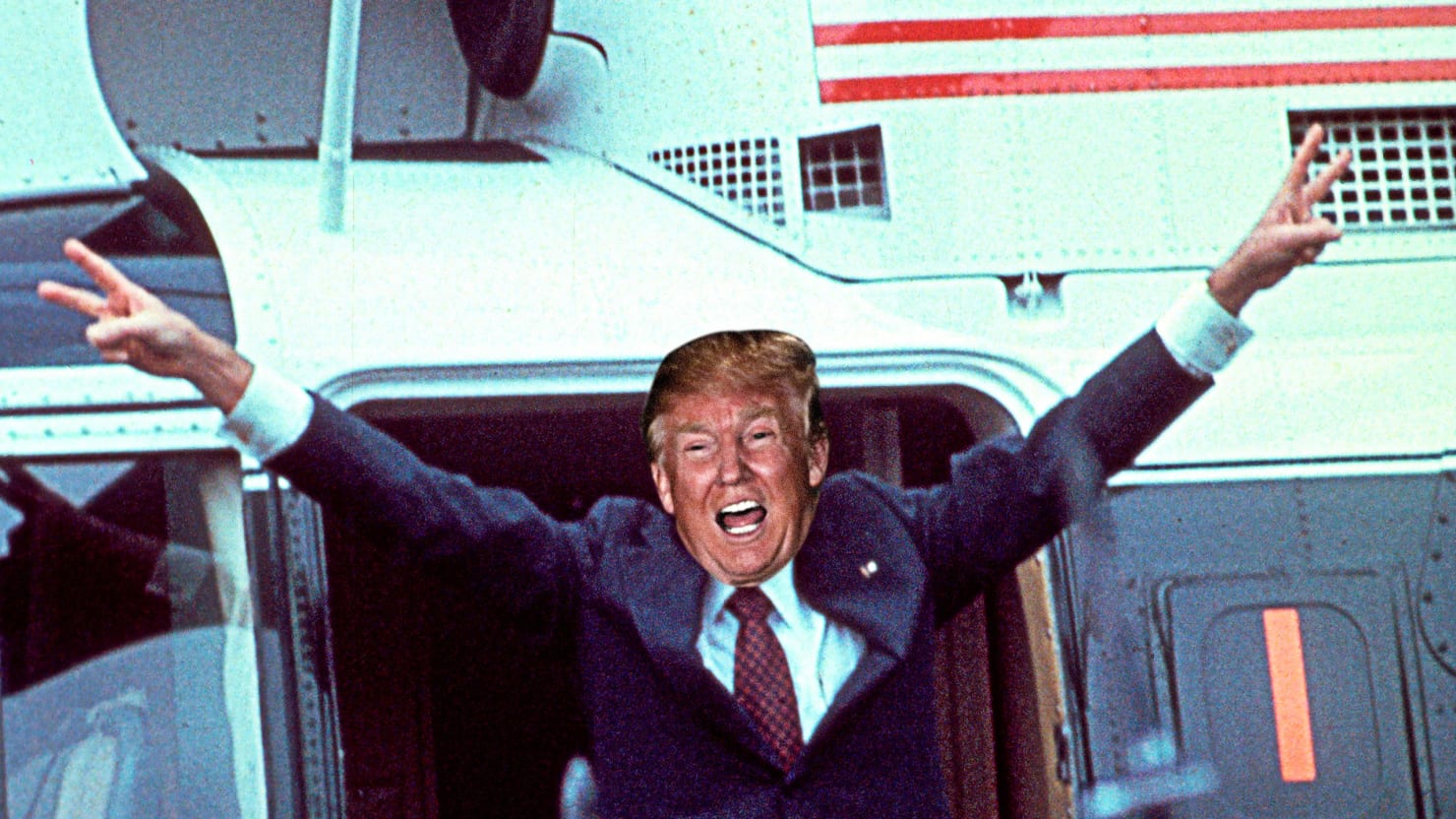 “House impeachment investigators met for a rare weekend session on Saturday to privately question a senior official from the White House budget office about President Trump’s decision this summer to freeze $391 million in security assistance to Ukraine,” the New York Timesreports.

“Democrats leading the proceedings had hoped that the budget official, Mark Sandy, could at least offer a glimpse into deliberations at the Office of Management and Budget over carrying out the order. In the end, Mr. Sandy told investigators that he did not know why the military assistance had been delayed but that he had never encountered a similar situation in his time at the agency.”

Timothy Naftali: “Even those of us with two impeachments under our belts have never seen anything quite like this one. Besides the modern procedural innovation that this time the House Judiciary Committee is not in charge of all aspects of the inquiry, this is also the first impeachment investigation that a citizen (let alone a member of Congress) can watch unfold in real time. In the Clinton era, the public practically learned the whole case for the prosecution at once, when the House dumped Independent Counsel Kenneth W. Starr’s salacious report, unedited, on the web.”

“In the Nixon era, the televised Senate Watergate Hearings and the very public struggle that ensued between the White House and the Watergate Special Prosecutor Archibald Cox introduced the public to a lot of the data points of presidential misconduct and issues of possible criminality but neither the Senate nor the special prosecutor initially had impeachment as their goal. It was the Saturday Night Massacre a few months later that led to impeachment. The House Judiciary Committee that ultimately impeached Nixon did most of its work in closed sessions, only publicly revealing the additional important tapes and documents it had collected once the members had largely made up their minds and their televised debate had started.”

“But what we saw this week was much more than just a dramatic retelling before the cameras of testimony already released in transcript form by the three House Committees assigned responsibility for the inquiry. Witnesses Ambassador Bill Taylor, George Kent and Ambassador Marie Yovanovitch, especially Taylor, had important new information to share in real time.”

The Atlantic: “A tectonic demographic shift is under way. Can the country hold together?”

Daniel Dale has a list of 45 ways President Trump has been dishonest about Ukraine and impeachment.

Playbook: “These facts remain: Republicans have not been able to change the arc of the story Democrats are building. They’ve been able to muddy the waters, a bit, but the facts remain: the president was focused on an investigation into the Bidens, the aid was withheld and the president’s personal lawyer was running around, trying to dismantle the career of the ambassador to Ukraine, smearing her publicly and forcing her to return to Washington before the appointed time.”

“This all makes Sondland’s testimony some of the most important moments in the Trump presidency. The play from Republicans will be to make Sondland out to be a political hack who wanted to gain the president’s favor. A longtime political donor, who would do anything to be liked.”

Said Francis: “It is not coincidental that at times there is a resurgence of symbols typical of Nazism. And I must confess to you that when I hear a speech by someone responsible for order or for a government, I think of speeches by Hitler in 1934, 1936.”

He added: “With the persecution of Jews, gypsies, and people with homosexual tendencies, today these actions are typical and represent ‘par excellence’ a culture of waste and hate. That is what was done in those days and today it is happening again.”

“Timothy Morrison, a former White House national security official, told House investigators in sworn testimony that he feared leaks of the contents of the July 25 call between President Trump and Ukrainian President Zelensky would be damaging, so he recommended restricting access to the transcript,” the Washington Post reports.

“Morrison, an expert on Russia and Ukraine who served on the National Security Council before leaving the job at the end of October, said he knew immediately after listening to the call where Trump asks Zelensky to investigate the Bidens that they needed to keep it under wraps.”

Also important: CNN reports Morrison said Sondland “believed and at least related to me that the President was giving him instruction.”

New York Times: “Mr. Trump continued his scorched-earth defense on Saturday, denouncing those involved in the proceedings. In one tweet, he misspelled the name of the chairman of the House Intelligence Committee leading the inquiry, Representative Adam Schiff of California, to what sounds like a vulgarity, claiming the stock markets would collapse if he were impeached.”

“And the president, attributing a quotation to the conservative radio host Rush Limbaugh, suggested that nonpartisan diplomats who have testified were aggrieved members of the Washington ‘Swamp’ merely trying to exact their revenge.”

Said Limbaugh: “It is paramountly obvious watching this, these people have to go.”

“Former President Barack Obama offered an unusual warning to the Democratic primary field on Friday evening, cautioning the candidates not to move too far to the left in their policy proposals, even as he sought to reassure a party establishment worried about the electoral strength of their historically large primary field,” the New York Times reports.

“Speaking before a room of wealthy liberal donors, Mr. Obama urged Democrats to remember the long, combative slog of his primary campaign against Hillary Clinton in 2008, arguing that the 16 month battle ultimately made him a stronger general election candidate.”

“Yet, he also raised concerns about some of the liberal ideas being promoted by some candidates, citing health care and immigration as issues where the proposals may have gone further than public opinion.”

“Secret Service agents had identified four U.S. sites as finalists for next year’s Group of Seven summit — but then they were told to add a new finalist: President Trump’s Doral resort, according to an internal Secret Service email released late Friday,” the Washington Post reports.

“It sheds light on the process that led to Trump’s short-lived decision last month to award the Group of Seven summit — a gathering of top world leaders — to his own business.”

“Among the many guests who had their pictures taken with President Trump at the White House’s annual Hanukkah party last year were two Soviet-born businessmen from Florida, Lev  Parnas and Igor  Fruman,” CNN reports.

“At one point during the party that night, Parnas and Fruman slipped out of a large reception room packed with hundreds of Trump donors to have a private meeting with the President and Giuliani.”

“Parnas said that ‘the big guy,’ as he sometimes referred to the President in conversation, talked about tasking him and Fruman with what Parnas described as ‘a secret mission’ to pressure the Ukrainian government to investigate Joe Biden and his son Hunter.”

Aaron Blake: “At three distinct points, we have seen Sondland’s testimony called into question. The first time was when other witnesses said he talked about a quid pro quo with Ukrainian officials on July 10, which Sondland soon confirmed via clarified testimony. The second was this week, when Taylor disclosed that Holmes had overheard a Sondland call with Trump on July 26 that Sondland had failed to mention and in which Trump asked about the investigations he was asking for.”

“And now Holmes undermines a central claim in Sondland’s testimony: That Sondland didn’t know that Trump and his personal lawyer Rudy Giuliani’s interest in investigating a Ukrainian company that employed Joe Biden’s son Hunter Biden had anything to do with the Biden family.”

Aaron Blake: “The White House on Friday morning released a rough transcript of his April call with Ukraine President Volodymyr Zelensky. It did so even though nobody really suggested there was anything improper about it. The idea seemed to be ‘We have nothing to hide; read the transcripts.’”

“Instead, though, the call undermined one of Trump’s chief defenses. It was quickly noted that the transcript didn’t match a public readout of the call provided by the White House, which said Trump told Zelensky that he was committed to working together to ‘strengthen democracy, increase prosperity, and root out corruption.’ There is no mention of any of that on the call.”

“As The Post’s Carol D. Leonnig reports, it turns out the readout was actually drafted before the call took place and never updated. But importantly, the readout did reflect the talking points Trump was given ahead of the call. In other words, Trump was told he should talk to Zelensky about corruption … and he didn’t.”

Wall Street Journal: “Many farmers in the rural Midwest are frustrated with President Trump’s trade policies. Yet in southern Minnesota, many who voted for him in 2016 plan to support him again next year, which would be key for Mr. Trump as he hopes to flip a state he narrowly lost in 2016.”

“In Minnesota, trade tensions are testing farmers’ loyalty to the president as many are still reeling from a late, messy harvest. Yields are down, and farmers are storing as much grain as possible, hoping they can sell when prices rise. With snow on the fields, some have yet to bring in all their crops.”

“Mr. Trump lost Minnesota in 2016 by fewer than 45,000 votes, or 1.5 percentage points, and he is making a big push for the state in 2020. A recent state poll shows him trailing Democrats in hypothetical matchups by roughly the same margins as some national polls, and no GOP presidential candidate has won the state since Richard Nixon in 1972. But Democrats say they expect a tight race.”

“A federal judge in Florida ordered the state Friday to change the way candidates are listed on election ballots — a decision that Democrats in the crucial swing state say will finally take away an unfair advantage Republicans have enjoyed for years,” the Washington Post reports.

“Democrats called the decision ‘monumental.’ The state said it will appeal.”