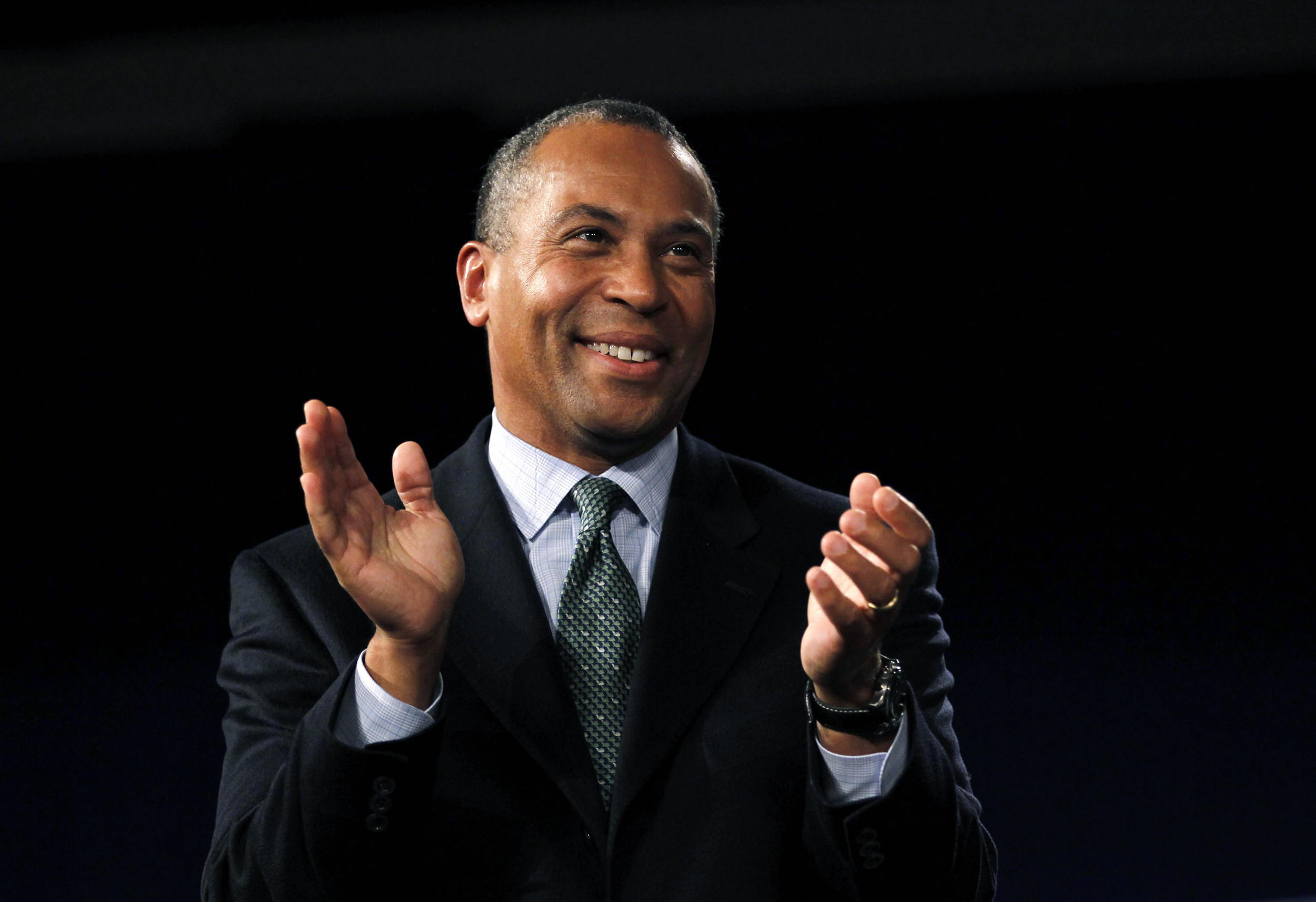 Kentucky Gov. Matt Bevin (R) conceded the race for governor Thursday, ending more than a week of speculation over whether he would contest the results of the Nov. 5 election, which he narrowly lost to Andy Beshear (D), the Lexington Herald Leader reports.

Meanwhile, Michael Bloomberg is still deciding whether to run for president but will not appear on the primary ballot in New Hampshire, an aide familiar with his plans tells CBS News. The New Hampshire filing deadline is Friday.

“Delusion runs deep in the vein of Massachusetts politicians thinking of running for president.”

New York Times: “According to three people close to the 2016 Trump campaign, Mr. Manafort sought to open a back channel to the A.F.L.-C.I.O., the nation’s pre-eminent labor federation, which typically backs Democrats for president and had endorsed Hillary Clinton.”

“These people said the Trump campaign had hoped the federation would scale back get-out-the-vote activity intended to help Mrs. Clinton win Michigan and Wisconsin. To that end, they said, Mr. Manafort enlisted an intermediary friendly with officials at the A.F.L.-C.I.O. to suggest a mutually beneficial relationship.”

“While there is no evidence that the two sides negotiated a deal, much less executed one, the episode illustrates the unusual tactics that sometimes emerged in the often-chaotic Trump campaign as it sought to upend the electoral map.”

A new AP-NORC poll finds 47% of those surveyed said they believe it’s difficult to determine if the information they encounter is correct, while 31% said it is easy to do so.

Matthew Yglesias digs into yesterday’s poll showing top Democrats leading President Trump in Georgia and notes “the fine print on the poll contains a sentence that should be a huge red flag to contemporary consumers of political polling: The data are weighted based on race, age and sex to accurately reflect the demographics of the state.”

“There’s nothing wrong with weighting your sample based on race, age, and sex to match the demographics of the state. That’s standard practice in the industry. The problem is what the poll didn’t weight on — educational attainment. Many state-level polls omitted this factor in 2016, leading them to underestimate Trump’s strength in key swing states. The most responsible pollsters responded to 2016 by making sure to improve their weighting. But many pollsters — especially those doing state-level polling — continue not to weight by education.”

“This failure to weight not only leads to errors (which could be compensated for by averaging), it leads to systematic bias against Trump and the GOP, meaning everyone who publishes or disseminates unweighted polls ends up contributing to misinformation about the real state of American politics.”

Asked the first word that enters their mind when they hear Trump’s name, the top response was “arrogant/pompous/jerk,” followed by “idiot/moron.” The third most-common response was a tie between “effective/accomplished,” “corrupt/criminal,” and “great/awesome/good.”

In general election match ups, Joe Biden performs the best in a head-to-head match-up, leading Trump 52% to 43%. Sen. Bernie Sanders and Sen. Elizabeth Warren also topped Trump, 50% to 45%, though that result was within the poll’s 6 percentage point margin of error.”

“Sen. Elizabeth Warren’s proposed wealth tax would slow the United States economy, reducing growth by nearly 0.2 percentage points a year over the course of a decade, an outside analysis of the plan estimates,” the New York Times reports.

“The preliminary projection from the Penn Wharton Budget Model, which will be unveiled on Thursday in Philadelphia, is the first attempt by an independent budget group to forecast the economic effects of the tax that has become a centerpiece of Ms. Warren’s campaign for the Democratic presidential nomination.”

New York Times: “When the pamphlet resurfaced during Mr. Bloomberg’s 2001 mayoral run, he dismissed the comments as “borscht belt jokes” and said he did not recall saying them. The story line receded after the 9/11 terror attacks, and Mr. Bloomberg went on to win election three times over.”

“But the comments revealed a cruder side of Mr. Bloomberg, now 77 and a potential presidential candidate, who made his billions in the towel-snapping culture of Wall Street decades before #MeToo became a household term.”

“Lawsuits portrayed the early days of his company as a frat house, with employees bragging about sexual exploits. Even after entering politics, Mr. Bloomberg’s cavalier attitude caused trouble: In 2012, the mayor, while admiring a woman at a party, urged two guests to ‘look at the ass on her.’ Just last year, he cast doubt on harassment allegations against Charlie Rose, the disgraced CBS anchor. ‘I don’t know how true all of it is,’ Mr. Bloomberg told The New York Times.”

Alan Abramowitz: “An analysis of the impact of Medicare for All on the 2018 House elections indicates that Democratic challengers and open seat candidates in competitive districts who endorsed a version of Medicare for All similar to that proposed by Bernie Sanders and Elizabeth Warren did significantly worse than those who did not. This negative effect, close to five points of margin after controlling for a variety of other factors, was clearly large enough to affect the outcomes of some House contests.”

“It is possible that the estimated effect of Medicare for All was a byproduct of other differences between supporters and non-supporters. For example, supporters might have taken more liberal positions on a variety of other issues as well as Medicare for All. Even if that is the case, however, these findings are not encouraging to supporters of Medicare for All. They indicate that candidates in competitive races who take positions to the left of the median voter could get punished at the polls. Democratic presidential candidates would do well to take heed of these results, particularly as the eventual nominee determines what he or she wishes to emphasize in the general election.”

New York Times: “It was not clear that minds were changed. Certainly they were not inside the room, and most likely not elsewhere on Capitol Hill, where Republicans and Democrats were locked into their positions long ago. Nor were there any immediate signs that the hearing penetrated the general public. While major television networks broke into regular programming to carry it live, there was little sense of a riveted country putting everything aside to watch à la Watergate.”

“House Democrats are publicly holding out hope that historic impeachment hearings will persuade a vast majority of the American public that President Trump committed high crimes and misdemeanors — but privately many acknowledge that it’s unlikely to happen,” CNNreports.

“In a private meeting this week, House Speaker Nancy Pelosi and her top lieutenants were skeptical about the prospects of a dramatic shift in opinion even as public impeachment hearings began this week, according to multiple sources familiar with the matter. The upshot, the sources said: Democrats need to move forward with impeachment proceedings even if the politics are murky, noting that even during Richard Nixon’s presidency most of the public was divided until soon before he was forced to resign.”

Politico: “The Republican National Committee is pouring another $1 million into the Louisiana governor’s race ahead of Saturday’s runoff — a move that comes amid mounting GOP concerns about losing a second major election in a conservative state in as many weeks.”

“Trump had bet that a GOP sweep in three gubernatorial races this fall would project political strength in the face of impeachment. But after Republican Gov. Matt Bevin’s apparent defeat in Kentucky last week, and with Rispone locked in a neck-and-neck race, the president is facing the possibility of losing two out of three.”