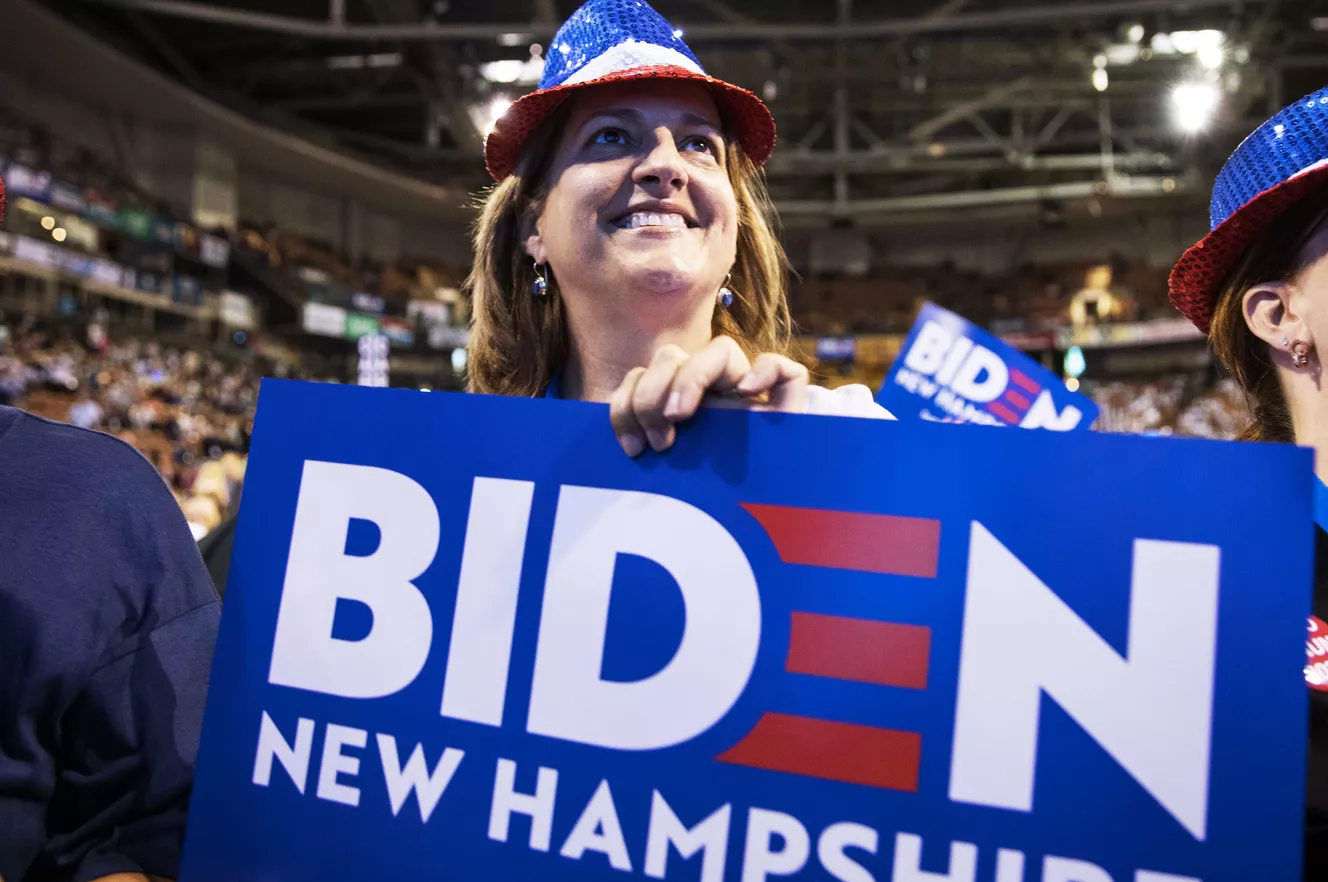 Former Massachusetts Gov. Deval Patrick has told Democratic officials that he is considering making a last-minute entry into the 2020 presidential race, the New York Times reports.

“Mr. Patrick told party leaders he doesn’t think that any of the candidates running have established political momentum and that he thinks there is an opening for somebody who can unite both liberals and moderate Democrats.”

“At the same time, Massachusetts Democrats close to Mr. Patrick have started to reach out to prominent party leaders in early nominating states to alert them that he may run.”

Deval Patrick has all the charisma of an inanimate carbon rod. And didn’t he go work for Bain Capital after the Governorship? Yeah, he has no chance in Hell.

Jeff Greenfield: “Bloomberg’s surprise late entry into the 2020 race is a familiar story: The candidate who casts himself in the role of The Savior Who Is Waiting in the Wings is a quadrennial feature of presidential campaigns. For decades, Democrats and Republicans alike have persisted in looking beyond the field of those desperate few who have spent months, if not years, racking up frequent flier miles; eating indigestible food; begging for money; and crowding into coffee shops, union halls and living rooms trying to build a constituency. Right around this time of the cycle, these voters and pundits and party operatives reliably hit the panic button, certain that somewhere above the fray stands a candidate free of the now-obvious flaws that burden the rest of the field…”

“There’s one pesky fact about these late-entry candidacies: They never succeed. Only once have they even materially affected the outcome of a fight for the nomination.”

This was my first reaction too. If Bloomberg really wanted to ensure Warren’s defeat, he would finance Biden’s super PAC and start a few more pro-Biden groups on his own.

“A few hours after polls closed in Kentucky last Tuesday, a Twitter user writing under the handle @Overlordkraken1 posted a message to his 19 followers saying he had ‘just shredded a box of Republican mail-in ballots,’” the New York Times reports.

“For those eager to cry fraud as a reliably red state leaned blue, the fact that @Overlordkraken1 did not appear to be in Kentucky — Louisville was misspelled in the location tag on his tweet, for one thing — was not going to get in the way of a useful narrative. Nor was Twitter’s decision to suspend his account.”

“Within hours of @Overlordkraken1’s tweet, as it became apparent that Mr. Bevin was trailing in the vote tally, hyperpartisan conservatives and trolls were pushing out a screenshot of the message, boosted by what appeared to be a network of bots, and providing early grist for allegations of electoral theft in Kentucky. High-profile right-wing figures were soon tweeting out their own conspiracy theories about the election being stolen — messages that were in turn pushed by even more trolls and bots — and the Bevin campaign began talking about ‘irregularities’ in the vote without offering any specifics or evidence.”

Said McConnell: “I’m sorry Matt came up short, but he had a good four years and I think all indications are — barring some dramatic reversal on recanvass — that we’ll have a different governor in three weeks.”

Daily Yonder: “There was a 22.5 percentage point difference in the Democratic vote between Louisville and the state’s most rural counties in 2015. This week, the gap was 29.6 points.”

A new Quinnipiac poll in New Hampshire finds Joe Biden leading the Democratic presidential race with 20%, followed by Elizabeth Warren at 16%, Pete Buttigieg at 15%, Bernie Sanders at 14%, Tulsi Gabbard at 6%, Andrew Yang at 4%, Amy Klobuchar at 3% and Tom Steyer at 3%.

No other candidate tops 1%, and 14 percent of likely voters are undecided.

In a separate question, only 2% said they would definitely vote for Michael Bloomberg if he got into the race, while 37% say they would consider voting for him, and 54% say they definitely would not vote for him.

Said Blankenship: “President Trump means well, but he simply cannot get it done because he is too busy mending his self-inflicted wounds and tripping over his ego.”

“Pete Buttigieg was quickly locking down a solid lane in the Democratic primary: a young, vibrant, gay, midwestern, war veteran mayor with progressive ideas and plenty of money — but both feet planted in fiscal prudence,” Politico reports.

“Young Wall Street and tech-entrepreneur types were starting to fall in love — with his poll numbers and fundraising totals underscoring the Buttigieg boomlet. He was the ‘Parks and Recreation’ candidate in the Democratic field and an alternative to seventy-somethings Elizabeth Warren and Bernie Sanders who are both looking to lock down the hyper-online progressive, anti-Wall Street crowd as well as blue collar workers across the Midwest.”

“But then a funny thing happened last week: Another 70-something candidate beloved on Wall Street — billionaire mogul Michael Bloomberg — made an unexpected splash by suggesting he may still enter the race.”

NBC News: “When Trump arrived in the White House in 2017, there were 241 Republicans at the other end of Pennsylvania Avenue in the House of Representatives. Today, 100 of them have gone or have announced that they are leaving. That’s 41 percent of that original 241 in the 115th House.”

Can all of them leave? Because I would be fine with that.

“Pete Buttigieg says if elected he’d like to name a woman to lead the Department of Veterans Affairs for the first time as 2020 hopefuls take aim at President Trump’s record on stemming military suicide and helping female vets,” the AP reports.

Buttigieg said he appreciated “this reporter’s swift and honest correction of a misquote on my views of” Obama’s presidency.

He added: “From health care to DADT repeal to the rescue of the auto industry, my appreciation of the great leadership of Barack Obama comes from a very personal place.”

“Nine months ago, Democrats at every stratum in Virginia called on Gov. Ralph Northam to resign over a racist photograph on his medical school yearbook page,” the New York Times reports.

“Mr. Northam bumbled his response, admitting he was in the picture before saying he was not, then seemed like he might demonstrate Michael Jackson’s moonwalk at a news conference where he acknowledged blackening his face for a dance contest.”

“Now, after Democrats won control of the Legislature on Tuesday, Mr. Northam is positioned to be the most consequential Democratic governor in America in 2020, aiming to enact strong gun restrictions and LGBTQ protections and clear the way to take down Confederate statues — all potential headline-making changes that could galvanize the party base nationally in the presidential race.”