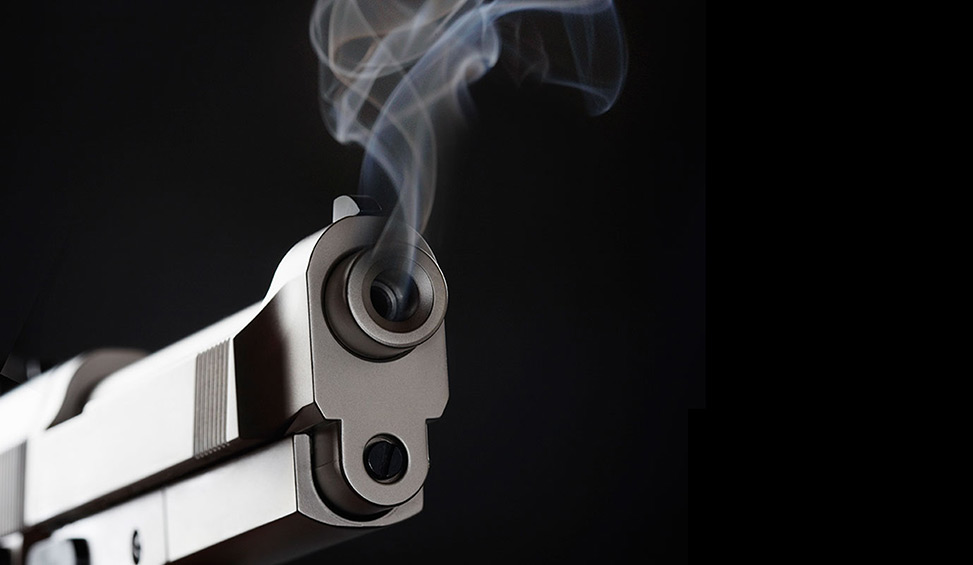 “The disclosure from Gordon Sondland, the United States ambassador to the European Union, in four new pages of sworn testimony released on Tuesday, confirmed his involvement in essentially laying out a quid pro quo to Ukraine that he had previously not acknowledged.”

Politico: “The acknowledgment of a potential quid pro quo is an explosive shift that threatens to upend claims by Trump allies that military aid was not used as a bludgeon to advance Trump’s domestic political interests.”

Sondland now admits in revised testimony that he told a top Ukrainian official that military aid to the beleaguered U.S. ally would “likely” be held up unless the country’s government announced investigations into Joe Biden and his son. It was an explosive reversal from his closed-door testimony. And with the shift, President Trump and his defenders are now backed into a corner. Every single defense they’ve tried is no longer operative. The rough transcript of the phone call between Trump and Ukraine’s president confirmed the essential details of the whistleblower’s report. Every witness before the House impeachment inquiry has confirmed that the conspiracy was broader than that one phone call.

INDICTED TRUMP/GUILIANI CO-CONSPIRATOR WILLING TO TESTIFY. “An attorney for Lev Parnas, an associate of Rudy Giuliani who was charged last month with campaign finance violations, said Monday that his client is willing to comply with the House impeachment inquiry — and challenged the notion that President Trump does not know Parnas,” the Washington Post reports.

PENCE’S AIDE WILLING TO TESTIFY. One of Vice President Mike Pence’s senior staffers is likely to testify in front of House impeachment investigators, according to CNN. Anonymous sources told CNN on Tuesday that Jennifer Williams, an adviser on Pence’s national security team, will probably comply with the investigators’ request for a deposition on Thursday.

An unnamed White House official also told CNN that unlike Pence, Williams was on the infamous call between President Donald Trump and Ukrainian President Volodymyr Zelensky in July. The Washington Post reported in October that Pence’s other national security adviser, Lt. Gen. Keith Kellogg, was also on the call. According to the Post, Pence would’ve had access to a transcript of the call “within hours” after it ended.

Williams also accompanied the vice president on his trip to Warsaw, Poland on September 1, where he met with Zelensky directly and discussed Trump’s withholding of military aid to Ukraine. Pence later told the press he had raised the administration’s “great concerns” on the issue of corruption with Zelensky, though he denied bringing up Joe Biden and his son Hunter.

RULING ON TRUMP’S TAXES WILL BE TOUGH TO REVERSE. “A US appeals court decision Monday against President Trump’s effort to keep his tax returns from a grand jury marks the second major court ruling in recent weeks rejecting bold assertions from the President’s lawyers that would shield him from investigation,” CNN reports.

“Both decisions are likely to be tested at the Supreme Court in upcoming months. Yet both were grounded in long-standing precedent and may face a tough road toward reversal.”

THE TRANSCRIPTS DON’T HELP TRUMP. Playbook: “Ask yourself this question: Since the release of the first two transcripts from the impeachment inquiry Monday, have you seen a single stitch of information that helps President Trump? Have you found any information exculpatory for him? Can you name one single fact that’s changed the basic arc of this story?”

Washington Post: “Republicans have used their time to complain that testimony has become public, going after their colleagues who were quoted in media reports commenting on witness appearances, and quizzing witnesses themselves on how their statements had been released.”

STATE DEPARTMENT IN CHAOS. New York Times: ““It was Mr. Pompeo who helped Mr. Trump and Mr. Giuliani oust the respected American ambassador to Ukraine, Marie L. Yovanovitch, in April. Both Michael McKinley, a senior adviser to Mr. Pompeo and a four-time ambassador, and Philip T. Reeker, the acting assistant secretary for Europe, testified that they asked State Department leadership to defend Ms. Yovanovitch from false accusations, only to be rejected.”

“Mr. McKinley said he personally urged Mr. Pompeo three times to issue a defense; the revelation of that detail in a transcript released on Monday undercut a declaration Mr. Pompeo made in an interview last month that he ‘never heard’ Mr. McKinley ‘say a single thing’ about Ms. Yovanovitch’s ouster.”

TRUMP PROPERTIES SUFFER. GOOD. Washington Post: “As Trump concludes the tumultuous third year of his presidency, it is becoming clear that the political environment he helped create is having consequences for the real estate empire he and his family built.”

“While his properties have benefited from his repeated visits and business from conservative customers, there are signs that at least parts of the company are struggling, beset by financial setbacks, regulatory and legal battles, and a tarnished brand name.”

“From the outside, it is not possible to gauge how serious those problems are for the company as a whole, and the Trump Organization declined to comment for this article. But, in recent days, the company has announced two other moves that seem sharply out of character.”

HOUSE GOP MAY PUT TRUMP CULTISTS ON COMMITTEES FOR PUBLIC HEARINGS. Washington Post: “Rep. Jim Jordan (R-OH), the top Republican on the House Oversight and Reform Committee and a veteran combatant in highly charged Capitol Hill investigations, has taken the leading role in closed-door depositions of key witnesses in the impeachment inquiry. But he is not a member of the House Permanent Select Committee on Intelligence, which Democrats last week voted to give the sole power to conduct public hearings.”

“According to three Republicans familiar with the talks but not authorized to comment publicly, McCarthy (R-CA) is considering placing Jordan on the panel, as well as others — such as Reps. Mark Meadows (R-NC) and Lee Zeldin (R-NY), who have been involved in the depositions but do not sit on the Intelligence Committee.”

SEN. BROWN ON HIS GOP COLLEAGUES. Sen. Sherrod Brown (D-OH) told the Late Show with Stephen Colbert that his Republican colleagues in the Senate privately admit that President Trump is “racist” and “misogynist.”

Mulvaney is highly unlikely to appear for the interview, given the administration’s refusal to participate in the impeachment inquiry.

NICE TRY GOP. The RNC paid to generate thousands of calls to the congressional offices of nearly three dozen House Democrats in recent weeks, an effort that was aimed at both shaping opinion around the impeachment inquiry and tying up the phone lines of the elected officials, the New York Times reports.