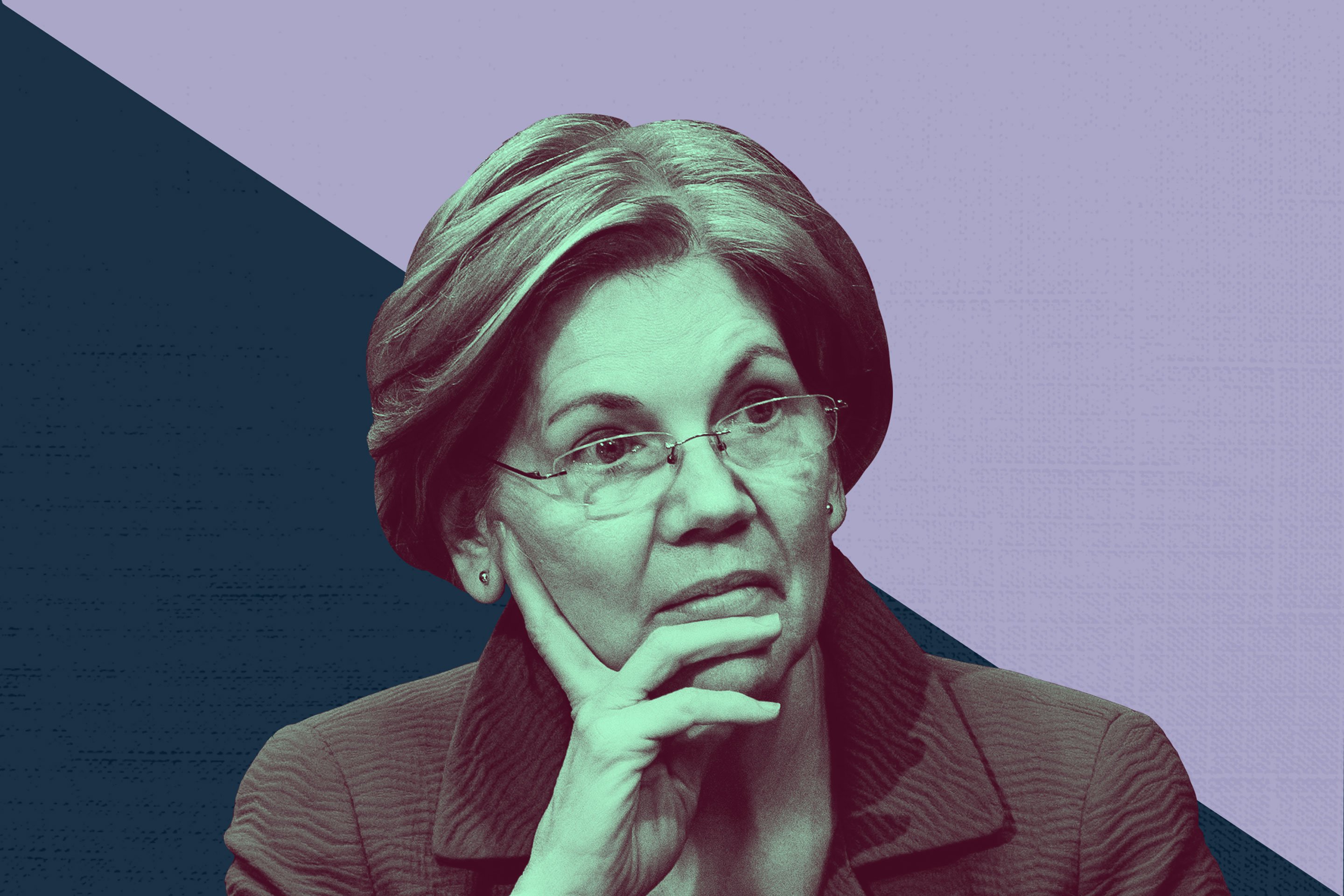 A new New York Times/Siena poll in Iowa finds Elizabeth Warren leading the Democratic presidential race with 22%, followed by Bernie Sanders at 19%, Pete Buttigieg at 18% and Joe Biden at 17%.

Fourth place for Biden? Wow. I am not sure he could survive until New Hampshire if that happens.

Biden is followed by Amy Klobuchar at 4%, Kamala Harris at 3% and Andrew Yang at 3%.

Key takeaway: “The survey is full of alarming signs for Mr. Biden, who entered the race in April at the top of the polls in Iowa and nationally. He is still in the lead in most national polls, but his comparatively weak position in the earliest primary and caucus states now presents a serious threat to his candidacy. And Mr. Biden’s unsteadiness appears to have opened a path in the race for other Democrats closer to the political middle, particularly Mr. Buttigieg.”

“Sen. Elizabeth Warren on Friday proposed a $20.5 trillion package of tax increases to pay for the Medicare-for-all plan she backs, a move that attempts to answer critics who question how she would pay for the proposal but could open her to fresh lines of attack,” the Washington Postreports.

“The plan is designed to hit corporations and the wealthy, including a provision requiring companies to send most of the funds they currently spend on employee health contributions to the federal government. It also would expand her signature wealth tax proposal and would make cuts to military spending.”

“Warren’s new health-care financing blueprint comes at a pivotal moment in the Democratic presidential primary, as the Massachusetts senator’s steady rise in the polls has prompted sustained attacks by competitors about how she would pay for her plans. As someone known to come up with politically savvy ways to sell dense policy ideas, communicating the gist of this 20-page proposal will be a major test of her candidacy.”

Don’t be fooled by the title. This is actually a rather positive, albeit realist, profile.

“On the same day when congressional Democrats took their first formal vote on the impeachment inquiry, Pete Buttigieg, told the Boston Globethat there would be ‘a lot of benefit’ for the country if President Trump had a ‘thumping defeat’ in the 2020 elections instead of being removed from office.”

Said Buttigieg: “The impeachment process is based on a constitutional standard and needs to run its course accordingly, I will say that there would be a lot of benefit to Trump and Trumpism getting a resounding, thumping defeat at the ballot box because I think that is what will be required for congressional Republicans to be reunited with their conscience.”

Ryan Lizza: “The Warren stump speech is simple, concise, and unchanging. She identifies three big problems and proposes three big plans: “corruption,” which she will tackle with an anti-lobbying package; inequality, which she will attack with a wealth tax that funds her education and child care programs; and the decline of democracy, which, among other things, she would attempt to fix by asking the Senate to relinquish the filibuster.”

“There is one issue that she doesn’t dwell on: Medicare for All. The enormously expensive (some $30 trillion), difficult to pay for (she’s already spent the wealth tax on other things), and politically dangerous (polls show Democratic support declining) plan that would make health care a basic right in America has been like an asteroid hurtling toward the Warren campaign. There’s still time to get out of the way but there’s also a chance it might blow up her campaign.”

A new ABC News-Washington Post poll finds President Trump’s job approval rating is stable and low, at 38% with one notable result: a all time low in approval among Republicans, 74%, down steeply from his all time high of 87% in July.

Julian Castro raised $800,000 in the last 10 days of October, a fundraising figure that he said was necessary in order to continue his campaign, CNN reports.

“Democrats have a real, albeit narrow, path to retake control of the U.S. Senate in 2020, fueled by strong fundraising totals in some key battleground states,” the Wall Street Journal reports.

“This is a favorable election cycle for Senate Democrats, with 23 Republican-held seats up in 2020, including four open seats, compared to 11 Democratic seats on the ballot. Nine of those Democrats are in states President Trump lost, and two in states he won: Michigan and Alabama. The only open seat on the Democratic side is in New Mexico, which Mr. Trump lost in 2016 and Democrats swept statewide in 2018.”

Sen. Ron Johnson (R-WI) requested in a letter to the National Archives that they hand over any emails between former President Obama and former Secretary of State Hillary Clinton.

“Sen. Kamala Harris’ campaign has almost completely shuttered its New Hampshire campaign, with no visible activity at any of her offices in the state,” Politico reports.

Amy Walter: “Back in 1973-74, even as voters were souring on Nixon, and getting plenty of evidence of his wrongdoings, but they weren’t sold on the prospect of the wrenching process of impeachment until the very end. Impeaching a president is rare for a reason. It can tear and divide us like nothing else. Yet, it’s hard to believe that anything can divide us more than we already are. As such, an impeachment vote feels less like a sacred, once-in-a-lifetime event and more like a predictable reaction to a time of ceaseless polarization.”