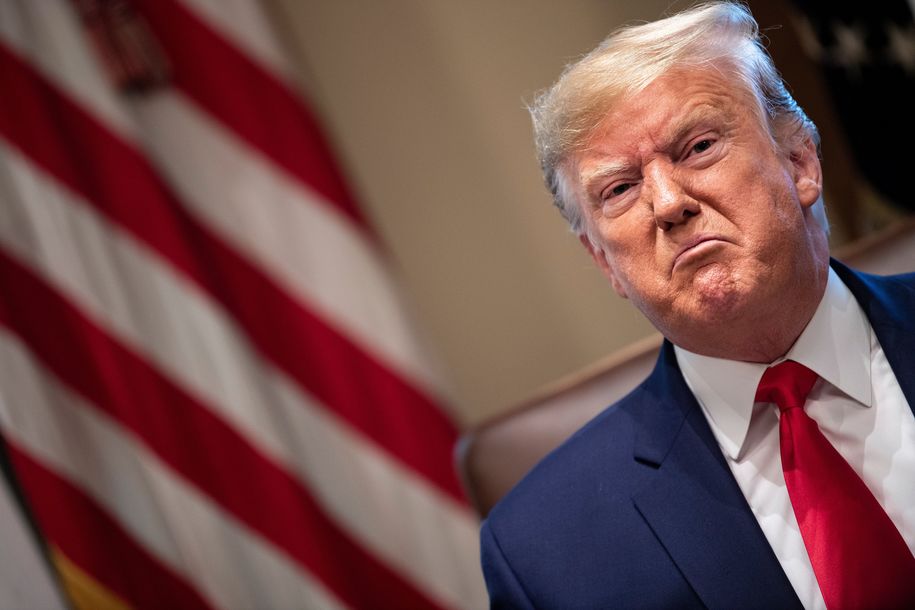 “Gross domestic product — the broadest measure of goods and services produced in the economy — grew at a 1.9 percent annual rate for the third quarter, according to preliminary data released by the Commerce Department on Wednesday.”

Associated Press: “The Federal Reserve has cut its benchmark interest rate for the third time this year to try to sustain the economic expansion in the face of global threats. But it hinted that it won’t cut again at its next meeting.”

“If this president were to get away with this, forget about it all. We might as well not even run for office.”

— Speaker Nancy Pelosi, in an interview with The Atlantic.

“The Ukrainian officials arrived at the White House on July 10 hoping to cement their country’s relationship with the United States, solidifying support the Trump administration seemed reluctant to extend for reasons they didn’t fully understand,” the Washington Post reports.

“Instead, they walked into a White House that was on the verge of a crisis over Ukraine, as a simmering conflict between the president’s political impulses and the nation’s security priorities was about to erupt in the West Wing.”

“In a pair of volatile meetings, senior White House officials, including then-national security adviser John Bolton, were confronted with the outlines of a scheme they had previously only suspected: President Trump was seeking to use the power of his office to pressure Ukraine to deliver damaging information on former vice president Joe Biden and his son.”

Twitter CEO Jack Dorsey announced the social network will no longer run any political advertising from candidates or about particular issues, The Hill reports.

CNN: “Former national security adviser John Bolton cautioned about the influence Rudy Giuliani had on US-Ukraine policymaking during a meeting in mid-June with top US officials, a career foreign service officer plans to tell Congress on Wednesday.”

“Christopher Anderson, who was former special envoy for Ukraine Kurt Volker’s assistant from 2017-2019, is one of two State Department officials set to testify behind closed doors as part of the House Ukraine impeachment inquiry on Wednesday. Catherine Croft, who took over that role in the summer of 2019, is also scheduled to testify.”

“Based on the accounts of witnesses who have already spoken with investigators, Mr. Bolton could be a marquee witness. They have described how he was alarmed in real time about the actions of Mr. Trump’s private lawyer, Rudolph W. Giuliani, and other administration officials close to Mr. Trump. Mr. Bolton left his position in September amid disagreements with Mr. Trump.”

“Mulvaney was at home in South Carolina when President Trump wrote on Twitter Saturday night that ‘Something very big has just happened!’ He was briefed on the raid that night.”

“The extraordinary move by Trump to leave his chief of staff out of the most significant U.S. military operation against the world’s most wanted terrorist since the killing of Osama bin Laden in 2011 marks a major blow to Mulvaney, suggesting that he’s increasingly sidelined inside the White House.”

Turkish attacks on northern Syria and particularly the Kurds there spurred the House to do something no previous Congress has been willing to do: call a century-old genocide a genocide. On Tuesday, the House voted to formally recognize the 1915 killing by the Ottoman Empire of an estimated 1.5 million Armenians as genocide, a move that predictably enraged Turkey.

The House bill, which passed by a 405-to-11 margin, rejects “efforts to enlist, engage or otherwise associate the United States government with denial of the Armenian genocide or any other genocide.”

“Recent attacks by the Turkish military against the Kurdish people are a stark reminder of the danger in our own time,” said House Speaker Nancy Pelosi.

“The White House has found a way to bypass a federal statute that dictates who can fill secretary positions, potentially allowing President Trump to choose whomever he wants to lead the Department of Homeland Security… The route may run through an office established to counter weapons of mass destruction,” the New York Times reports.

“The law states that acting officials who take over cabinet-level positions must be next in the line of succession, have the approval of the Senate or have served 90 days under the previous secretary.” “The White House, however, is exploring a loophole in the law… Under this route, the White House would tap someone to be the assistant secretary of the Countering Weapons of Mass Destruction Office, which is vacant, and then elevate that person to be the acting secretary of homeland security.”

“The Missouri state health director, Dr. Randall Williams, testified at a state hearing Tuesday that he kept a spreadsheet to track the menstrual periods of women who visited Planned Parenthood,” the Kansas City Star reports. “Williams said the spreadsheet was made at his request by the state’s main investigator to identify patients who had undergone failed abortions.”

Politico: “It’s a nightmare scenario for Washington: a government shutdown smack in the middle of the House’s impeachment inquiry of President Donald Trump. And Chuck Schumer says he’s ‘increasingly worried’ that it might come to fruition.”