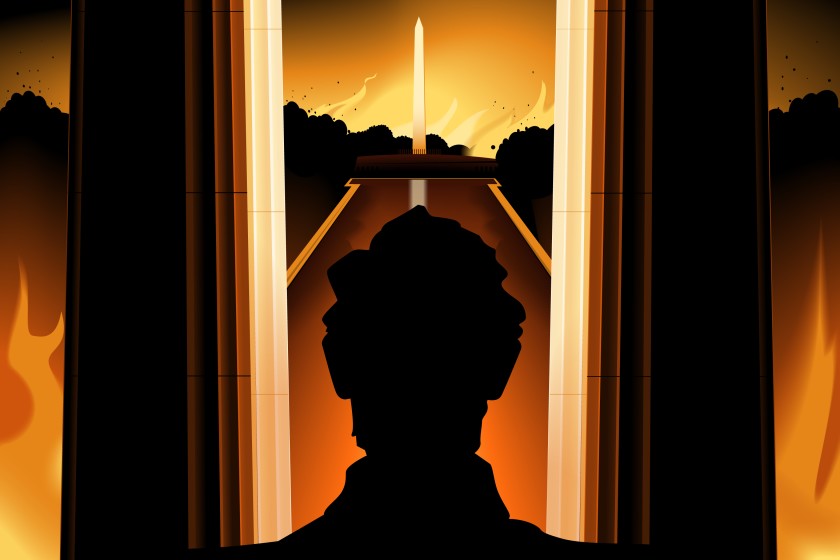 New York Times: “Justice Department officials have shifted an administrative review of the Russia investigation closely overseen by Attorney General William Barr to a criminal inquiry, according to two people familiar with the matter. The move gives the prosecutor running it, John Durham, the power to subpoena for witness testimony and documents, to impanel a grand jury and to file criminal charges.”

“The opening of a criminal investigation is likely to raise alarms that Mr. Trump is using the Justice Department to go after his perceived enemies. Mr. Trump fired James B. Comey, the F.B.I. director under whose watch agents opened the Russia inquiry, and has long assailed other top former law enforcement and intelligence officials as partisans who sought to block his election.”

“The White House’s trade representative in late August withdrew a recommendation to restore some of Ukraine’s trade privileges after John Bolton, then-national security adviser, warned him that President Trump probably would oppose any action that benefited the government in Kyiv,” the Washington Post reports.

“The August exchange between Bolton and Lighthizer over the trade matter represents the first indication that the administration’s suspension of assistance to Ukraine extended beyond the congressionally authorized military aid and security assistance to other government programs. It is not clear whether Trump directed Bolton to intervene over Ukraine’s trade privileges or was even aware of the discussion.”

Jonathan Chait: “Republicans have been complaining loudly over the lack of a “war room” in the White House to coordinate the party’s impeachment message. The basis for their concern is growing increasingly obvious. Like army squads trapped behind enemy lines, Trump’s soldiers are operating on their own, improvising tactics without centralized coordination.”

“I have surveyed the heroic efforts of the finest minds the conservative movement has to offer to mount defenses of their leader. The campaign is not going well.”

The Atlantic: “Catchphrases have always defined Donald Trump’s presidency. In the same way that ‘no collusion, no obstruction’ went hand in hand with the Mueller report, Democrats have managed to turn ‘quid pro quo’ into the tagline for the current impeachment inquiry. It’s perhaps the first time since Trump entered office that Democrats have managed to wrangle the first word on a presidential scandal—which puts them in a better position than ever to have the final word, too.”

“Caught in unfamiliar terrain, the White House appears to be lost in this pivotal moment. And Republicans, bereft of guidance, have found themselves either mangling their attempts to defend the president or, as a growing number appear to be, unwilling to even try.”

That could ease ability of more moderate Republicans to support it.

“One of President Trump’s signature initiatives to turn around a culture of retaliation against whistleblowers at the Department of Veterans Affairs is an office in disarray that instead has punished them — and held almost no wrongdoers accountable,” the Washington Post reports.

“Those are the conclusions of a scathing report released Thursday by the agency’s inspector general, which found that the office created early in Trump’s term in 2017 has failed in its core mission.”

Said Navarro: “You don’t have a right to know what happens behind closed doors in the administration.”

The White House is planning to instruct federal agencies to not renew their subscriptions to the New York Times and the Washington Post, administration officials said, escalating President Trump’s attacks on the media outlets, the Wall Street Journal reports.

The decision comes days after Trump told his staff to cancel the White House’s print subscriptions after expressing frustration with their coverage.

News you can use: The Washington Post is offering free subscriptions to anyone with a .gov or .mil email address.

“House Democrats are preparing to move their largely private impeachment inquiry onto a more public stage as soon as mid-November and are already grappling with how best to present the complex Ukraine saga to the American people,” the Washington Post reports.

“Among the witnesses Democrats hope to question in open session are the acting ambassador to Ukraine, William Taylor and his predecessor, Marie Yovanovitch… Another top priority for many Democrats is John Bolton, Trump’s former national security adviser… Testimony from Bolton could be particularly devastating for the White House.”

“The three counts we outline represent just the crimes that could be proven by the public record alone. No doubt, if Giuliani is under investigation, prosecutors would want to probe additional potential crimes relating to his role, if any, in the recent campaign finance scheme charged against his associates Lev Parnas and Igor Fruman. It is entirely possible, but not yet clear, that some or all of those counts could be superseded to add Giuliani as a defendant.”

Rich Lowry: “If Senate Republicans vote to remove Trump on anything like the current facts, even the worst possible interpretation of them, it would leave the GOP a smoldering ruin. It wouldn’t matter who the Democrats nominated for 2020. They could run Bernie Sanders on a ticket balanced by Elizabeth Warren and promise to make Alexandria Ocasio-Cortez secretary of the Treasury and Ilhan Omar secretary of Defense, and they’d still win.”

“A significant portion of the Republican Party would consider a Senate conviction of Trump a dastardly betrayal. Perhaps most would get over it, as partisan feelings kicked in around a national election, but not all. And so a party that has managed to win the popular vote in a presidential election only once since 1988 would hurtle toward November 2020 divided.”

“How does anyone think that would turn out?”

British Prime Minister Boris Johnson said that he would grant Parliament an extended timetable to debate his Brexit deal, as long as they back a general election on December 12, the BBC reports.

Asked what he would do if Labour refused to vote for an election, Johnson said: “We would campaign day after day for the people of this country to be released from subjection to a Parliament that has outlived its usefulness.”

“Two Democratic lawmakers told the Daily Beast that, over the course of the nine witness depositions they have conducted over the last several weeks, there have been suggestions that certain witnesses spoke to each other about what they would say to impeachment investigators.”

Rep. Eric Swalwell (D-CA) to CNN: “We have evidence, very recently, that there are witnesses in our case who are talking to each other. That’s exactly what we don’t want to happen.”

U.S. Ambassador to the European Union Gordon Sondland either “does not recall” or disputes the testimony made by Ukraine envoy William Taylor this week to House investigators, the Washington Post reports.

Said attorney Robert Luskin: “Sondland does not recall any conversation in Warsaw concerning the aid cutoff, although he understood that the Ukrainians were, by then, certainly aware of the cutoff and raised the issue directly with Mike Pence.”

“The National Archives and Records Administration has launched an investigation into Commerce Secretary Wilbur Ross’ use of private email for official business,” Politico reports.

Harvard Law professor Laurence Tribe told CNN that Democrats had “what amounts to not just a smoking gun, but a smoking Howitzer” against President Trump.

Said Tribe: “This is just the most transparently clear abuse of power and an impeachable offense that I can remember in the history of the United States and I studied it pretty thoroughly, This makes the Nixon situation looks silly by comparison, this is way more serious.”

Noah Rothman: “We still do not know for certain whether American military aid was held in abeyance to force the Ukrainian president into a “box,” though Taylor’s testimony goes some way in confirming that. We do not know how Ukraine’s new president responded to this pressure or if his behavior changed as a result. And we do not know if the Trump administration established any moiety between its interest in seeing the Biden family investigated and its desire to introduce some ambiguity into the idea that Russia intervened in 2016 on Trump’s behalf.”

“But even setting all that aside, the all but confirmed revelation that the president subordinated essential American interests in deference to a crank theory that bubbled up from online message boards is disturbing enough. What’s more, everyone, including Trump’s Republican allies in Congress, knows it.”

“A senior student-loan official in the Trump administration said he would resign Thursday and endorse canceling most of the nation’s outstanding student debt, calling the student-loan system ‘fundamentally broken,’” the Wall Street Journal reports.

“Wayne Johnson was appointed in 2017 by Education Secretary Betsy DeVos as chief operating officer of the Office of Federal Student Aid, overseeing the $1.5 trillion student-loan portfolio. After seven months, he moved into a different role as chief strategy and transformation officer, leading a revamp of how the agency deals with borrowers and the companies that service the debt.”

“Mr. Johnson said repayment trends suggest much of the debt will likely never be repaid, and he is calling for moving toward a system that gets the government out of student lending.”