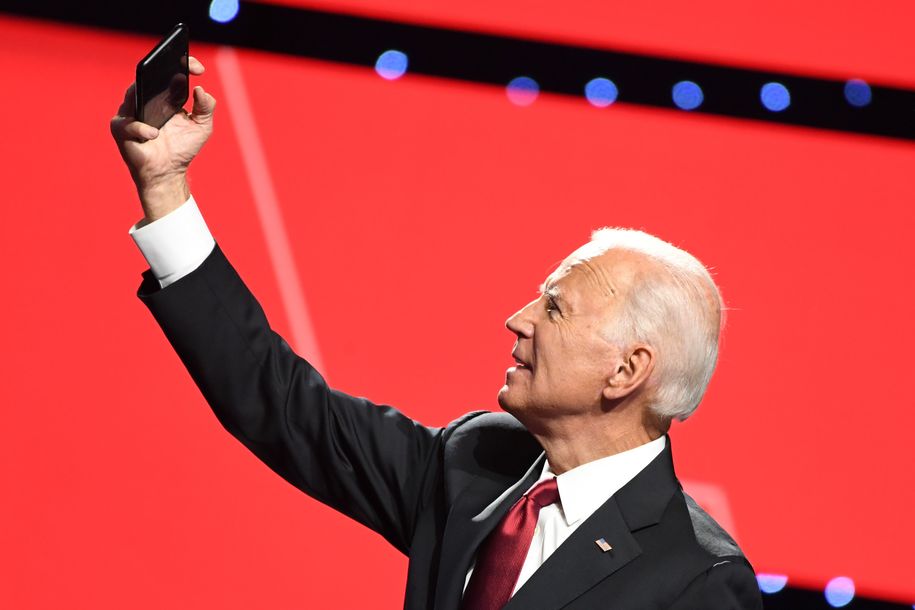 A new CNN poll finds Joe Biden’s lead in the race for the Democratic nomination for president has rebounded, and now stands at its widest margin since April.

In the Democratic primary race, Biden leads with 31%, followed by Warren at 25%, Sanders at 17% and Pete Buttigieg at 7%.

A new Monmouth poll in South Carolina finds Joe Biden way ahead in the Democratic presidential race with 33%, followed by Elizabeth Warren at 16%, Bernie Sanders at 12%, Kamala Harris at 6%, Tom Steyer at 4%, Pete Buttigieg at 3%, Cory Booker at 2%, Amy Klobuchar at 2% and Andrew Yang at 2%.

Said pollster Patrick Murray: “Biden is still in a pretty good position in South Carolina, but there are some signs that he might not have a true firewall among black voters. If he does not do well in the earlier contests in February, there may be potential for current preferences to shift here.”

New York Times: “For most of his political career, Mr. Buttigieg presented himself as more of a centrist technocrat than a liberal ideologue. But striving for attention in a crowded field, Mr. Buttigieg spent the early part of the 2020 Democratic primary touting an array of aspirational progressive ideas, delivering speeches that could have been ripped from an Aaron Sorkin script.”

“Now a serious candidate with a policy staff stocked with Washington insiders and a war chest boasting millions from big donors, Mr. Buttigieg has gradually reinvented himself as more of a moderate. While he hasn’t pivoted 180 degrees on policy proposals, he is modulating his positions and drawing explicit and implicit contrasts with his progressive rivals.”

Jonathan Bernstein: “We’ve apparently reached the silly season of nomination politics. That’s not surprising. There is, after all, very little happening on the surface at the moment. The basic stories about most of the top candidates have been told. And there hasn’t been much movement either in the polls or in endorsements for weeks. Even the latest round of campaign-finance reports was fairly dull. As Nate Silver points out, this is exactly the formula that gets reporters chasing new — and potentially dubious — stories.”

“And so we get late speculation about new candidates jumping into the race, fueled by quotes from big donors who aren’t thrilled with the current lineup. It’s usually safe to ignore these stories. As Dave Hopkins points out, this is likely a case of donors who have contacts among journalists and pundits and who want to promote some politician on their wish list. Is it possible someone else could still jump in? Perhaps. But it’s getting very late to mount a serious effort, and most of the evidence suggests that Democrats are pretty happy with the field of candidates they have.”

“Pennsylvania Gov. Tom Wolf (D) has reached a deal with Republican lawmakers — who control the state legislature — on the largest fundamental modifications of how ballots are cast in decades,” the Philadelphia Inquirer reports.

“Several are reforms that Democrats have long sought. And while none would catapult Pennsylvania to the bleeding edge of electoral reform, in many cases they would expand access to voting in a state that has fallen behind.”

“The changes include: Allowing any voter to request an absentee ballot and vote by mail without providing a reason, as they currently must. Creating a permanent mail-in voter list. Reducing the voter registration deadline from 30 to 15 days before an election.”

FiveThirtyEight: “Using data from Kantar/Campaign Media Analysis Group, we can compare the pace of TV ad spending so far in 2019 with the same point in 2015. And so far, the 2020 campaign has seen more than twice as many television ad spots as the 2016 race.”

Jim Kenney – the mayor of Philadelphia, where Joe Biden’s presidential campaign is based – announced he was throwing his support behind Elizabeth Warren’s bid.

“When Brad Parscale was looking for advice about how to navigate Washington after running the digital strategy for Donald Trump’s upstart presidential campaign in 2016, the brash political newcomer turned to a Beltway power couple,” the Washington Post reports.

“Katie Walsh and Mike Shields, both former chiefs of staff at the Republican National Committee, advised him on how to make the most of his new perch… Since then, the three have helped each other flourish inside the Republican Party ecosystem, recommending each other’s services to top GOP officials and candidates. Together, the trio have broad influence across the party — drawing millions of dollars from 23 party committees and organizations since the beginning of 2017, according to campaign finance filings and people familiar with their work.”

“Their dominance has alarmed other Republican Party strategists, who say the three have a disproportionate amount of sway — and have helped each other sustain that power.”

“Ed Stack, the CEO of Dick’s Sporting Goods and a longtime Republican donor, is testing the waters for a possible third-party presidential bid that could scramble the dynamics of the 2020 general election,” Politicoreports.

“The prospect of a well-funded, third-party candidate could have a significant impact in a race where Trump is expected to be unable to win a majority of the vote.”

No. How many times do we have to say this. No businessman or CEO or billionaire is allowed to run for President ever again. Trump has ruined it all for you masters of the universe. Now sit back and pay your wealth tax.

This is the second poll in a week to show the race essentially a toss up.

“But there’s one problem. The Biden campaign failed to purchase http://www.todosconbiden.com, or even lock down the @TodosConBiden Twitter handle before announcing the new effort — prompting the president’s reelection team to do what it does best: troll.”

“Now, the Trump campaign is using http://www.todosconbiden.com to mock the former vice president… And the @TodosConBiden Twitter account, in the possession of the Trump campaign, has already begun posting unflattering counter messaging targeting Biden.”