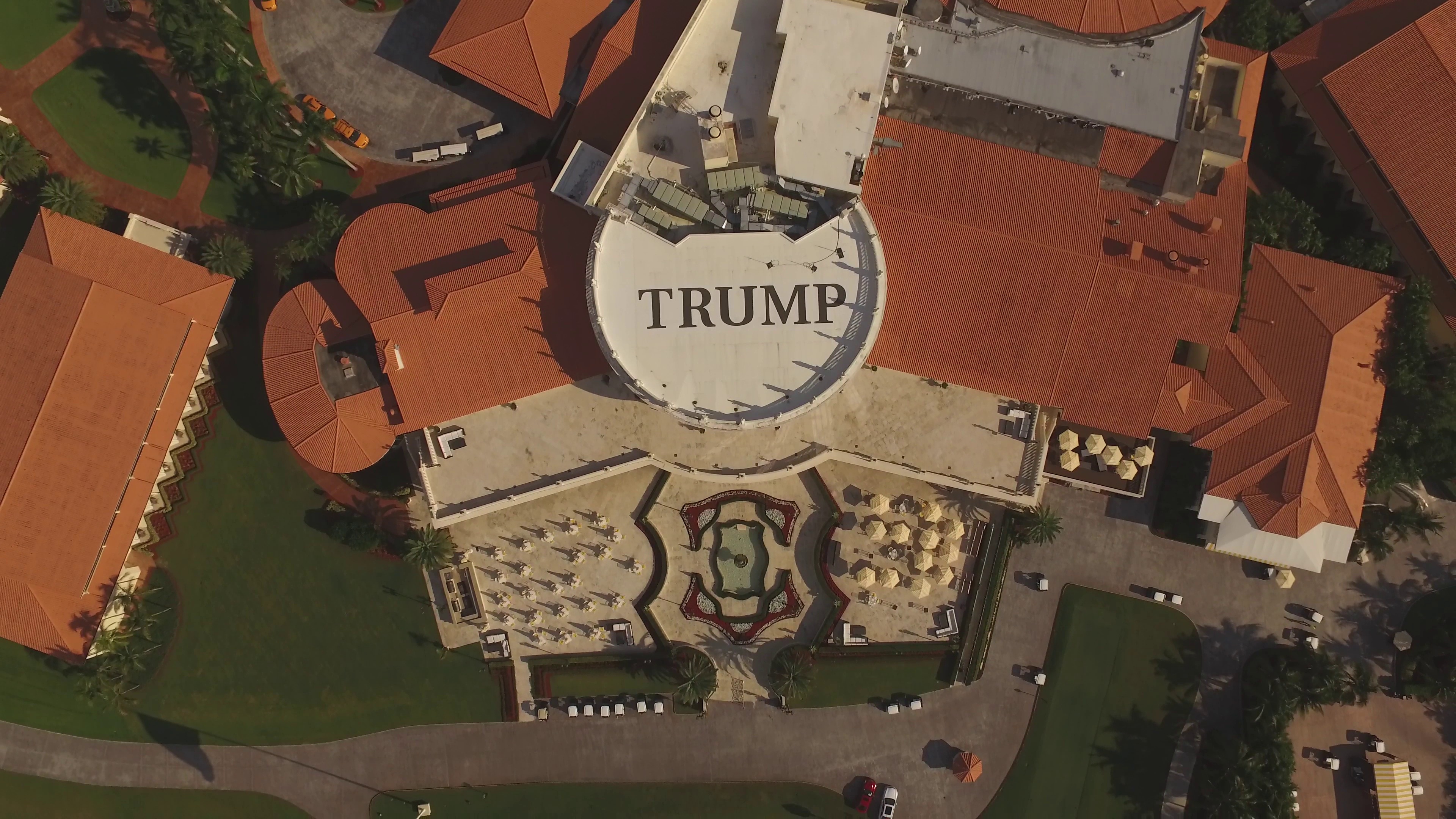 President Trump said that he would no longer be holding next year’s Group of Seven summit at his luxury golf club near Miami, citing what he said was “irrational” criticism that the choice would enrich his family business, the New York Times reports.

Said Trump: “I thought I was doing something very good for our country by using Trump National Doral, in Miami, for hosting the G-7 leaders. But, as usual, the hostile media & Democrat partners went CRAZY!”

Washington Post: “The decision — while it lasted — was an unprecedented one in modern American politics: The president awarded a massive contract to himself. The White House promoted Doral as the single best venue in all of the United States to host the G-7 next June, and the summit would have brought thousands of guests in the offseason to a resort that is struggling financially.”

Acting White House Chief of Staff Mick Mulvaney told Fox News that President Trump was “honestly surprised” at the level of pushback he received from the decision to choose his own Doral resort in Miami as the site of next year’s G7 summit, which he walked back on Saturday night.

“President Trump was forced to abandon his decision to host next year’s Group of Seven summit at his private golf club after it became clear the move had alienated Republicans and swiftly become part of the impeachment inquiry that threatens his presidency,” the Washington Postreports.

“In a round of phone calls with conservative allies this weekend, Trump was told Republicans are struggling to defend him on so many fronts, according to an administration official who spoke on the condition of anonymity to discuss internal matters.”

Mulvaney continued making this point even after Wallace showed video of him doing so.

“Some of Donald Trump’s closest associates are assembling a roster of possible replacements if the president decides to replace Mick Mulvaney, his acting chief of staff,” Bloomberg reports.

“Among those said to be on the list are former acting Attorney General Matthew Whitaker, former New Jersey Governor Chris Christie, and veteran political operative Wayne Berman, now a senior managing director for government relations at the Blackstone Group Inc.”

Politico: “Trump constantly brags about his properties around the globe when he speaks with foreign leaders in person or by phone, even more than the public instances witnessed out in the open, according to three people familiar with Trump’s conversations with foreign officials. The remarks are permeating every membrane of his presidency so much that they’ve left aides and allies mastering verbal jiu-jitsu to defend his unprecedented approach to fusing personal business interests with his position in high office.”

“The interactions have led House Democrats — who have already launched an impeachment inquiry into whether Trump is illegally profiting off the presidency — and sometimes even his own staff to question whether his namesake businesses are influencing U.S. foreign policy.”

Defense Secretary Mark Esper told the Wall Street Journal that all of the roughly 1,000 U.S. troops ordered to leave northeastern Syria will move to western Iraq and will conduct U.S. operations against the Islamic State extremist group from there.

However, Esper said the Pentagon had yet to work out exactly how it would conduct its campaign outside of Syria.

“President Trump is leaning in favor of a new Pentagon plan to keep a small contingent of American troops in eastern Syria, perhaps numbering about 200, to combat the Islamic State and block the advance of Syrian government and Russian forces into the region’s coveted oil fields,” the New York Times reports..

“If Mr. Trump approves the proposal to leave a couple of hundred Special Operations forces in eastern Syria, it would mark the second time in 10 months that he has reversed his order to pull out nearly all American troops from the country.”

Ron Chernow: “President Trump has described the impeachment proceedings as a ‘coup,’ and his White House counsel has termed them ‘unconstitutional.’ This would come as a surprise to Alexander Hamilton, who wrote not only the 11 essays in The Federalist outlining and defending the powers of the presidency, but also the two essays devoted to impeachment.”

“There seems little doubt, given his writings on the presidency, that Hamilton would have been aghast at Trump’s behavior and appalled by his invitation to foreign actors to meddle in our elections. As a result, he would most certainly have endorsed the current impeachment inquiry. It’s not an exaggeration to say that Trump embodies Hamilton’s worst fears about the kind of person who might someday head the government.”

Washington Post: “President Trump, whose paramount concern long has been showing strength, has entered the most challenging stretch of his term, weakened on virtually every front and in danger of being forced from office as the impeachment inquiry intensifies.”

“Trump now finds himself mired in a season of weakness. Foreign leaders feel emboldened to reject his pleas or contradict him. Officials inside his administration are openly defying his wishes by participating in the impeachment probe. Federal courts have ruled against him. Republican lawmakers are criticizing him. He has lost control over major conservative media organs. And polling shows a growing share of Americans disapprove of his job performance and support his impeachment.”

New York Times: “On any given day, the Trump campaign is plastering ads all over Facebook, YouTube and the millions of sites served by Google, hitting the kind of incendiary themes — immigrant invaders, the corrupt media — that play best on platforms where algorithms favor outrage and political campaigns are free to disregard facts.”

“Even seemingly ominous developments for Mr. Trump become fodder for his campaign. When news broke last month that congressional Democrats were opening an impeachment inquiry, the campaign responded with an advertising blitz aimed at firing up the president’s base.”

Said Sanders: “I am more than ready to assume the office of president of the United States. I am more ready than ever to help create a government based on the principles of justice.”

Secretary of State Mike Pompeo told ABC News that he never saw the kind of quid pro quo that acting White House Chief of Staff Mick Mulvaney referred to on Thursday with regard to the decision-making process he was involved in.

Said Pompeo: “I’ll leave to the chief of staff to explain what it is he said.”

“Several people close to the president are infuriated that Giuliani exerts what they see as unwarranted influence over Trump and U.S. foreign policy, with some going so far as to blame him outright for the Ukraine mess.”

McKay Coppins: “In the nine years I’ve been covering Romney, I’ve never seen him quite so liberated. Unconstrained by consultants, unconcerned about reelection, he is thinking about things such as legacy, and inheritance, and the grand sweep of history. Here, in the twilight of his career, he seems to sense—in a way that eludes many of his colleagues—that he’ll be remembered for what he does in this combustible moment.”

Said Romney: “I do think people will view this as an inflection point in American history.”

He added: “I don’t look at myself as being a historical figure, but I do think these are critical times. And I hope that what I’m doing will open the way for people to take a different path.”

Tatiana Stanovaya: “As impeachment proceedings loom over President Trump, some observers have speculated that Russia, actively enjoying sowing chaos in the United States, is delighted by the dysfunction tearing apart the U.S. government. Nineteen Republican members of the House Foreign Affairs Committee signed a joint letter to the Wall Street Journalthat was published on the paper’s op-ed page last month with the headline, ‘Impeachment Is What Vladimir Putin Wants.’ The GOP members of Congress wrote, ‘His goal, now and before the 2016 election, has been to pit Americans against one another and erode confidence in our democratic process.’”

“That might be true up to a point. But the impeachment investigation might be a bit too chaotic, even for Russian President Vladimir Putin.”

“There are many ways in which the Ukraine affair is terrifying the Kremlin, because it threatens to unwind what little progress Russia has made in recent years and undercuts its wider goals. Putin’s long-term goal is pretty clear: He wants the United States to conclude a ‘big deal’ that would revise the outcome of the Cold War and limit the strategic threat that he believes the West poses to Russia through its military expansion, double standards in foreign affairs and liberal values.”

“Top aides including Trump’s son-in-law and adviser Jared Kushner were in the process of reaching out to at least two potential replacements for the top West Wing job shortly before House Speaker Nancy Pelosi announced in late September that she would move ahead with an impeachment inquiry.”

Politico: “In recent days, current and former Foreign Service officers have defied Trump administration orders and trudged to Capitol Hill to testify before House committees investigating whether to impeach the president. Colleagues inside the State Department and their allies in the broader foreign policy community are quietly hailing them as heroes, with special praise for those testifying despite still being on the government payroll.”

“As Elizabeth Warren faces pressure from her rivals in the Democratic presidential primary to outline how she’d pay for Medicare for All, some of her own most avid supporters say they too want to hear more specifics,” the Wall Street Journal reports.

“Warren’s campaign has declined to say whether it is drafting its own proposal. But her top aides have been calling health care experts in recent weeks as it examines revenue models to fund Medicare for All. A representative for the Warren campaign declined to comment for this article.”

Josh Kraushaar: “Buried in the Washington drama of impeachment, corruption, and foreign policy chaos this past week was a ground-shaking bit of news: New polling and fundraising figures show that Mitch McConnell’s hold on the Senate majority is looking awfully precarious. Indeed, the pathway for a narrow Democratic takeover of the upper chamber is looking clearer than ever.”

“Four Republican senators were outraised by their Democratic challengers in the third fundraising quarter, with three of them representing battleground states (Iowa, Maine, and Arizona) that Republicans will need to win to maintain power. And in North Carolina, Sen. Thom Tillis raised only $1.2 million, an underwhelming sum for a senator facing a credible primary threat and an expensive general election ahead. All four swing-state senators also are viewed unfavorably by their constituents according to new quarterly Morning Consult polling, underscoring the sudden shift in support away from Republicans.”