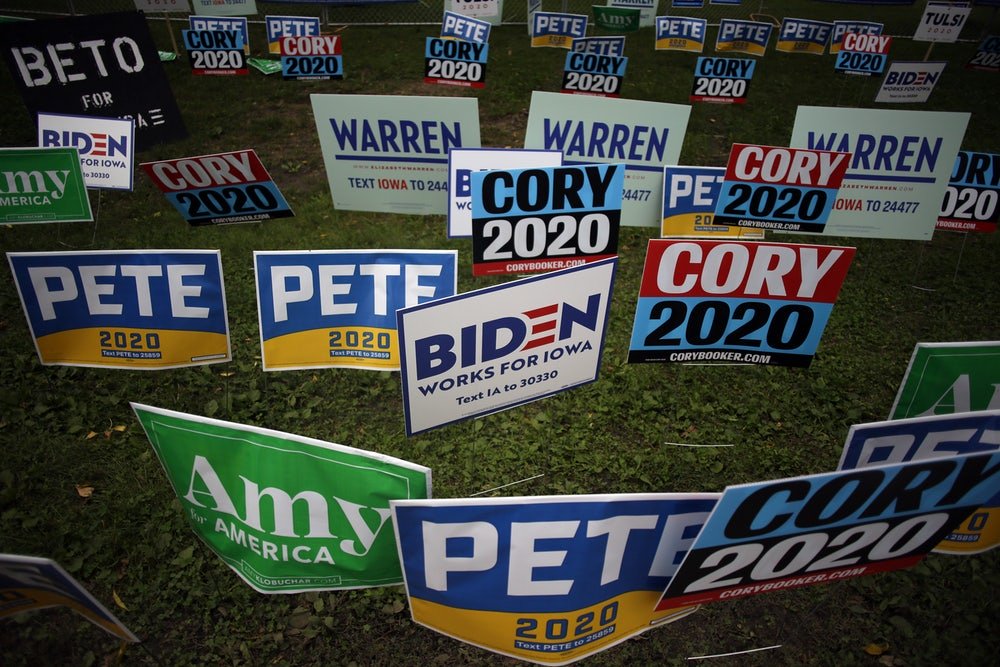 A new Georgetown Battleground Poll finds 56% of voters have an unfavorable view of President Trump, as opposed to 42% with a favorable view of him. If the election were held today, voters would pick the Democratic candidate over Trump by a margin of 50% to 42%.

Voters also say that President Trump should be impeached and sent to the Senate for a trial by a 51% to 46% margin.

A new George Washington University Politics Poll finds Elizabeth Warren leads the Democratic field with 28%, followed by Bernie Sanders at 21%, Joe Biden at 18%, Pete Buttigieg at 5% and Kamala Harris at 5%.

Key takeaway: “Perhaps the poll’s most bullish finding on Warren comes from asking respondents whom they would support if their favored candidate dropped out or they had to choose someone else. Warren is the second choice of 34% of voters who support another candidate. That includes 45% of Biden voters and 31% of Sanders voters.”

New York Times: “Around 40,000 people, nearly one in five names on the list, shouldn’t have been on it, the state determined. And it only found out before anyone was actually turned away at a polling place largely because of volunteer sleuthing. Few people had expected a problem at that scale. But the process gave hope to people working on voting rights, who for years had pushed the state to be more transparent in how it was maintaining its voter rolls.”

“Federally indicted Rep. Duncan Hunter (R-CA) failed to earn the endorsement of his local Republican Party on Monday despite representing San Diego County in the House for more than 10 years,” Roll Call reports.

Also interesting is that 53% of Mainers support impeaching President Trump with 44% opposed. When asked who they would choose if Collins opposed impeachment, she goes from a 3-point deficit against a generic Democratic opponent for reelection to a 7-point deficit at 40% to 47%.

A new CBS News poll finds 56% of Americans think providing access to affordable health care coverage for all Americans is the responsibility of the federal government, and 66% favor the creation of a national, government-administered health insurance plan similar to Medicare that would be available to all Americans.

First Read: “Twelve candidates qualified for tonight’s debate, including new participant Tom Steyer. But that number is guaranteed to get smaller at next month’s debate, given the heightened qualification requirements. Four of tonight’s participants have NOT qualified for November’s debate — Beto O’Rourke, Julian Castro, Tulsi Gabbard and Amy Klobuchar — and they have every incentive to try to mix it up.”

“Elizabeth Warren’s presidential campaign will no longer accept contributions of more than $200 from executives at certain tech companies or financial firms, her latest move to keep big business at bay,” the Wall Street Journal reports.

“Her new pledge comes after she swore off big fundraisers. It adds to a debate among Democrats about whether the party’s White House nominee can take on President Trump with primarily small contributions.”

Walter Shapiro: “Before the final game of the 1944 World Series, a veteran sportswriter looked at the two bedraggled teams gathered at Sportsman’s Park in St. Louis. During the last year of World War II, with their star players in Europe or the Pacific, both teams were filled with aged has-beens and younger 4-Fs. Assessing their odds, the baseball writer said sadly, ‘I don’t see how either team can win.’”

“The same could be said of the vast field of Democratic contenders gathered outside Columbus, Ohio, for the fourth debate of the primary season.”

“Sure, most of them could probably defeat a ranting, raving Donald Trump in November 2020. But winning the nomination and standing with arms raised in triumph on the stage of the Milwaukee convention seems a stretch for all of them from Joe Biden on down.”

“Pete Buttigieg will begin airing a digital ad on Tuesday that calls out rivals Sens. Elizabeth Warren of Massachusetts and Bernie Sanders of Vermont by name for their support of Medicare for All,” CNN reports.

“The ad highlights Buttigieg’s Medicare for All Who Want It health care plan, a middle-of-the-road approach that would not force people onto government health coverage but would offer a public option for people who choose to enroll. That is a key distinction between Buttigieg’s plan and the sweeping overhaul that would be instituted under a full Medicare for All program.”

He added: “I gave a hook to some very unethical people to act in illegal ways to try to do some harm to my father. That’s where I made the mistake. So I take full responsibility for that. Did I do anything improper? No, not in any way. Not in any way whatsoever.”

Daily Beast: “After months of staying silent amid an avalanche of attacks by President Trump and his team, Hunter Biden, son of the former vice president, is set to make his first public comments in an interview Tuesday morning just about 12 hours before his father takes the debate stage Tuesday night.”

“For the majority of the Democrats running for president, and even one notable surrogate to Joe Biden himself, there is a sense of confusion as to why Hunter is choosing now to finally speak up about the extent of his business ties in Ukraine and China.”