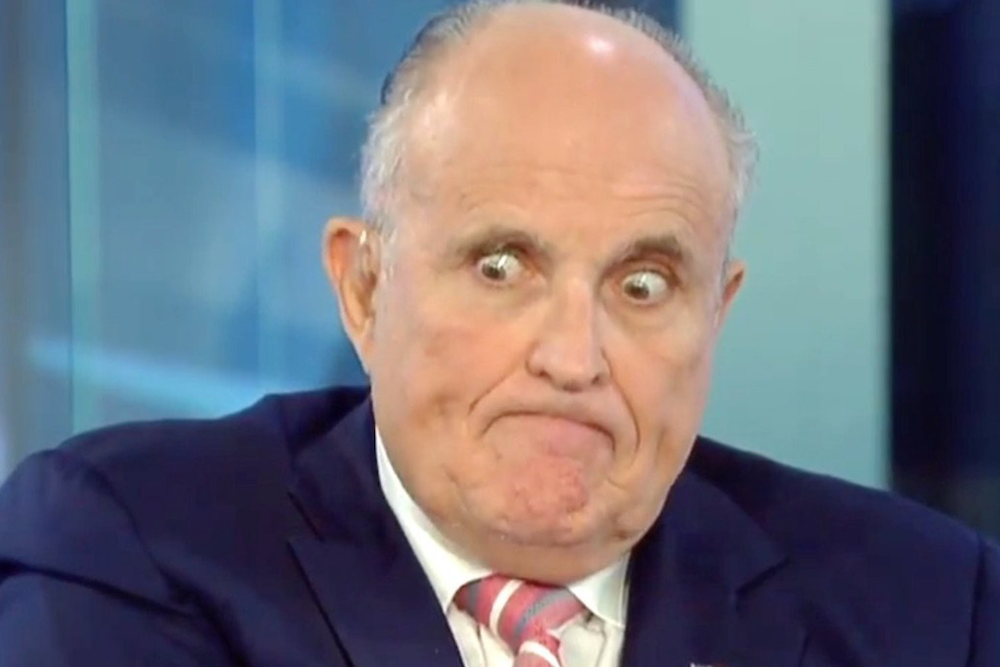 “The former U.S. ambassador to Ukraine whose abrupt ouster in May has become a topic of interest for House impeachment investigators said Friday that her departure came as a direct result of pressure President Trump placed on the State Department to remove her,” the Washington Post reports.

The New York Times says Yovanovitch “delivered a scathing indictment of his administration’s conduct of foreign policy, warning that private influence and personal gain have usurped diplomats’ judgment, threatening to undermine the nation’s interests and drive talented professionals out of public service.”

“Ms. Yovanovitch’s searing account, delivered at the risk of losing her job, could lend new momentum to the impeachment inquiry that imperils Mr. Trump.”

The AP reports Yovanovitch was removed from her post after insisting that Rudy Giuliani’s requests to Ukrainian officials for investigations be relayed through official channels.”

ABC News: “The business relationship between President Trump’s private lawyer Rudy Giuliani and the men charged Thursday in a campaign finance scheme is a subject of the ongoing criminal investigation being conducted by federal authorities in New York.”

U.S. Ambassador to the European Union Gordon Sondland is expected to testify next Wednesday before the House committees investigating President Trump and Ukraine, despite being blocked by the State Department from appearing at a closed-door deposition this week, 3 congressional sources tell Axios.

Lawfare executive editor Susan Hennessey says it’s significant that Ambassador Gordon Sondland has agreed to testify next week over State Department objections: “This will give cover to career officials to do the same, even if Pompeo tries to stop them.”

“Fiona Hill, who was until recently President Trump’s top aide on Russia and Europe, plans to tell Congress that Rudy Giuliani and E.U. ambassador Gordon Sondland circumvented the National Security Council and the normal White House process to pursue a shadow policy on Ukraine,” a person familiar with her expected testimony told NBC News.

“Hill’s appearance next week before Congress has stoked fear among people close to the president, said a former senior White House official, given her central role overseeing Russia and Ukraine policy throughout most of the Trump administration.”

A federal appeals court on Friday rejected President Trump’s bid to block a House committee subpoena for his income tax returns, CNBC reports. Trump could seek to challenge this decision by asking the full set of judges in the 2nd Circuit to re-hear the case. Or he could ask the U.S. Supreme Court to take his appeal.

“Breathtaking in scope, defiant in tone, the White House’s refusal to cooperate with the House impeachment inquiry amounts to an unabashed challenge to America’s longstanding constitutional order,” the New York Times reports.

“In effect, President Trump is making the sweeping assertion that he can ignore Congress as it weighs his fate because he considers the impeachment effort unfair and the Democrats who initiated it biased against him, an argument that channeled his anger even as it failed to pass muster with many scholars on Wednesday.”

“But the White House case, outlined in an extraordinary letter to Democratic leaders on Tuesday, is more a political argument than a legal one, aimed less at convincing a judge than convincing the public, or at least a portion of it. At its core, it is born out of the cold calculation that Mr. Trump probably cannot stop the Democrat-led House from impeaching him, so the real goal is to delegitimize the process.”

“Recent revelations about President Trump’s conduct are testing the limits of House Speaker Nancy Pelosi’s narrow impeachment strategy, leading some Democrats to wonder whether the probe should be expanded beyond the Ukraine scandal,” the Washington Post reports.

“Donald Trump made a defiant prediction last week that Senate Republicans will be the bulwark to keep Democrats from ending his presidency,” Politico reports.

“But behind the scenes, Republicans and Trump’s informal circle of advisers are tempering the president’s bravado, expressing concern over whether the president can truly count on a GOP-led Senate to keep him in office.”

Playbook: “People close to President Trump tell us that Trey Gowdy’s ascendance into the president’s circle is an attempt to supplant Rudy Giuliani as a presence on cable television and Sunday shows. One person close to Trump said White House aides have been “pulling their hair out” every time Rudy opens his mouth on TV.”

However, Trump said before departing for Minneapolis: “Trey Gowdy can’t start until sometime after January because of the lobbying rules and regulations. So, I don’t know. So, we’ll have to see.” Trump lawyer Victoria Toensing to Yahoo News: “Are you kidding? Trey is a joke among us.”

“Michael McKinley, a career diplomat and senior adviser to Secretary of State Mike Pompeo, has resigned his position amid rising dissatisfaction and plummeting morale inside the State Department over what is seen as Pompeo’s failure to support personnel ensnared in the Ukraine controversy,” the Washington Post reports.

“During a contentious Oval Office meeting with President Trump and Secretary of State Rex Tillerson in 2017, Rudolph W. Giuliani pressed for help in securing the release of a jailed client, an Iranian-Turkish gold trader, as part of a potential prisoner swap with Turkey,” the New York Times reports.

“The request by Mr. Giuliani provoked an immediate objection from Mr. Tillerson, who argued that it would be highly inappropriate to interfere in an open criminal case.”

“The FBI and prosecutors in Manhattan are examining Giuliani’s involvement in the broader flow of money that have become the focus of alleged violations that are at the center of the allegations against Lev Parnas and Igor Fruman, the sources said. The sources did not say that Giuliani was a target of the investigation.”

President Trump’s former national security adviser John Bolton has decided to write a book about his time in the Trump administration, Axiosreports.

“Given the fact that he wrote a book about his tenure in the George W. Bush administration, from the moment he left the White House, senior officials privately expressed concerns about what Bolton might say and reveal about his time serving Trump.”

Wall Street Journal: “Senior U.S. and Chinese officials will square off for trade talks Thursday at a pivotal moment in the countries’ relationship, with higher tariffs looming if negotiators fail to break a five-month stalemate.”

“President Trump has spent his time in office trying to bend the conventions of the American presidency to his will. Now he appears to be trying to override a core principle of democracy: that no one is above the law,” the AP reports.

“Faced with an impeachment inquiry, Trump has openly defied the core constructs of the Constitution. He chafes at the idea of co-equal branches of government and rejects the House’s right to investigate him.”

“He has deployed a convoluted logic in which he has declared that the courts can’t investigate him because as president he cannot be charged with a crime but also that Congress cannot impeach him because its inquiry is politically illegitimate.”

Washington Post: “At least four national security officials were so alarmed by the Trump administration’s attempts to pressure Ukraine for political purposes that they raised concerns with a White House lawyer both before and immediately after President Trump’s July 25 call with that country’s president.”

“The nature and timing of the previously undisclosed discussions with National Security Council legal adviser John Eisenberg indicate that officials were delivering warnings through official White House channels earlier than previously understood — including before the call that precipitated a whistleblower complaint and the impeachment inquiry of the president.”

“At the time, the officials were unnerved by the removal in May of the U.S. ambassador to Ukraine; subsequent efforts by Trump’s lawyer Rudy Giuliani to promote Ukraine-related conspiracies; as well as signals in meetings at the White House that Trump wanted the new government in Kiev to deliver material that might be politically damaging to Joe Biden.”

“Those concerns soared in the call’s aftermath.”

Yahoo News: “The Pentagon was confused. Hundreds of millions of dollars in military aid to Ukraine had been appropriated in late 2018 by Congress, intended to help fend off aggression by neighboring Russia. But well into 2019, as summer was edging toward autumn, the funds had still not moved.”

“Department of Defense officials began to worry that the funds would never make it to Ukraine, since the appropriations would expire with the end of the fiscal year on Sept. 30. They even began to prepare a legal challenge to the freezing of the funds, leading to an unprecedented fight within the Trump administration.”