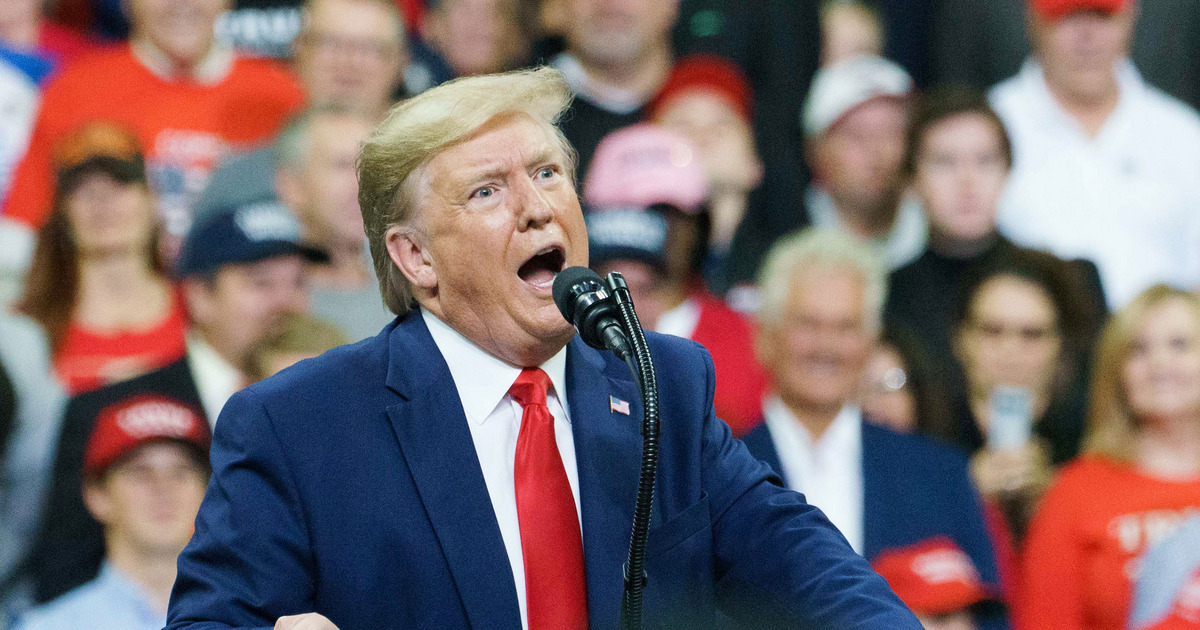 A new Fox News poll shows Joe Biden leading the Democratic presidential race with 32%, followed by Elizabeth Warren at 22%, Bernie Sanders at 17%, Pete Buttigieg at 4% and Beto O’Rourke at 3%.

When you combine first and second choices, Biden and Warren are tied at 45% each, with Sanders at 34%.

“Sen. Martha McSally had incurred weeks of unchecked attacks from Democratic groups, and the Arizona Republican’s allies are pleading for help,” the Washington Examiner reports.

“Since early September, Advancing Arizona has targeted McSally with a barrage of advertising as part of a $1.4 million television buy from the so-called dark money group that runs through late November. Need to Impeach, a super PAC, is chipping in an additional $134,000 in cable and digital attacks as Democrats in the House of Representatives accelerate an impeachment inquiry into President Trump.”

“President Trump descended into the heart of politically liberal Minneapolis on Thursday night, delivering a sprawling and at times vulgarity-laced campaign speech that attacked political opponents in withering terms, mocked Democrats for trying to impeach him, and predicted he’d carry Minnesota on his way to a second term next year,” the Minneapolis Star Tribune reports.

“The marathon, 102-minute speech capped a boisterous rally of cheering supporters who filled the 19,356-seat Target Center, surrounded by thousands more anti-Trump protesters, some of whom clashed with police as tensions rose amid a rainy chill.”

“President Trump may be telling voters everything that they want to hear when it comes to health care, but much of it isn’t true,” Axios reports.

“Trump is claiming victories he hasn’t achieved and making promises he’s not prepared to live up to, all on an immensely personal subject that that voters consistently rank as one of the most important issues of 2020.”

Vanita Gupta: “After Facebook was implicated in the 2016 election wreckage, the company made strides to shore up the platform against future harms to our democracy. But now, Facebook is sabotaging its own efforts through a new policy: the explicit exemption of politicians’ speech from its community standards.”

“Since 2016, Facebook has maintained a ‘newsworthiness’ exemption, meaning content that violates community standards—including hate speech and harassment—can still be posted when the public interest in viewing the content outweighs the risk of harm. With its new policy, Facebook will automatically presume speech from politicians to be newsworthy.”

“Joe Biden has a warning for his Democratic rivals as they prepare for the fourth televised debate next week: Stay away from the issue of Ukraine and Hunter Biden,” Bloomberg reports.

“The 12 candidates participating in Tuesday’s debate in Westerville, Ohio, are honing their answers to questions about the U.S. House impeachment inquiry into President Donald Trump, which centers on the president’s request to the leader of Ukraine to investigate unfounded allegations about Biden and his son’s work there.”

The Wall Street Journal looks at the 19 counties that have sided with the ultimate winner in every presidential election since 1980. Wisconsin, a top 2020 battleground, has the most of any state with four.

“Yeah, I disagree with what he’s doing now, I wish it wasn’t happening, but I still fully support it.” — Rep. Mark Green (R-TN), on NPR, talking about President Trump and his pullout of troops from Syria.

Jonathan Chait: “When Trump goes off script, he usually starts talking about the one subject that compels his interest and occupies most of his waking hours: television. At this moment in the rally, Trump started riffing on a series of pillow ads he has frequently seen…”

“This was a completely typical moment in a Trump rally. The president is attempting to manipulate the darkest impulses in the American soul, goading his followers with an authoritarian vision of themselves as a populist uprising against a sinister international conspiracy. But the leader of the movement is simply too bored to stay on topic, and continually changes the channel on his own speech. You can almost see the president relaxing in his Barcalounger, clicking the remote control.”

“Trump failed as a businessman, but then succeeded playing one on television. During the Obama era, he hit upon a new market in right-wing paranoia, sensing the racial anxieties of aging white America being underserved by a Republican leadership that wanted to talk about budget deficits. He was drawn unexpectedly into the presidency as he chased this audience. And yet he has made it obvious, especially in Minneapolis, that his goal all along was to be talked about favorably on television.”

Said Hogan: “I think we do need an inquiry because we have to get to the bottom of it. I’m not ready to say I support impeachment and the removal of the president, but I do think we should have an impeachment inquiry.”

“Try to impeach him, just try it. There will be a spasm of violence and insurrection in this country like you’ve never seen. Both sides are heavily armed. A politician who votes for it will be endangering their own life.” — Trump confidant Roger Stone, quoted by Yahoo News.

The Bulwark: “Team Trump’s ‘no collusion’ tune has gone silent in the latest round of foreign election interference scandals. The evidence is clear from Trump’s own words that he sought to motivate Ukraine to manufacture dirt on Joe Biden and his son by opening a criminal investigation in Ukraine that—to date—has no basis in fact. The silence suggests that Team Trump knows the ‘no collusion’ cry won’t work this time.”