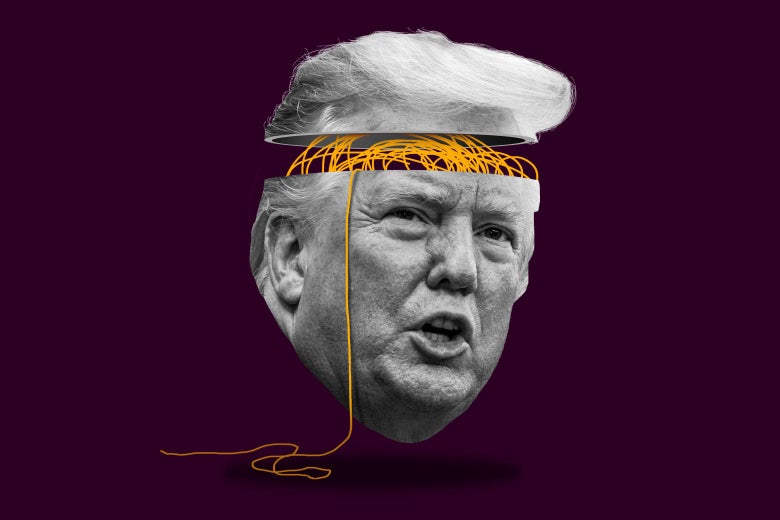 Washington Post: “Should the House impeach Trump, his trial would be in the Senate, where the Republican majority would decide his fate. While GOP senators have engaged in hushed conversations about constitutional and moral considerations, their calculations at this point are almost entirely political.”

“Even as polling shows an uptick in support nationally for Trump’s impeachment, his command over the Republican base is uncontested, representing a stark warning to any official who dares to cross him.”

“Across the country, most GOP lawmakers have responded to questions about Trump’s conduct with varying degrees of silence, shrugged shoulders or pained defenses. For now, their collective strategy is simply to survive and not make any sudden moves.”

Zaid said the second person — also described as an intelligence official — has first-hand knowledge of some of the allegations outlined in the original complaint and has been interviewed by the head of the intelligence community’s internal watchdog office, Michael Atkinson.

Mike Allen: “Public support for President Trump’s impeachment is higher than it was for Richard Nixon and Bill Clinton when the House launched impeachment inquiries against them.”

“Support for impeachment of Trump is still less than half the country — 44% in the Monmouth University poll shown here; 47% in CNN. And the polling reflects a 50-50 country. But the Ukraine scandal is pushing the numbers up.”

Joe Biden: “Enough is enough. Every day — every few hours, seemingly — more evidence is uncovered revealing that President Trump is abusing the power of the presidency and is wholly unfit to be president. He is using the highest office in the land to advance his personal political interests instead of the national interest.”

“The president’s most recent violation of the rule of law — openly calling for China to interfere in our elections, as he stood on the South Lawn of the White House — is so outrageous, it’s clear he considers the presidency a free pass to do whatever he wants, with no accountability.”

“On Friday, a powerful Republican senator indicated to the Wall Street Journal that he had been concerned this summer that President Trump was creating a quid pro quo with Ukraine by holding up military aid. But he appeared to quickly regret sharing something so seemingly damaging, and he immediately began walking back his statements” the Washington Post reports.

“It was likely not a coincidence then that on Sunday, that senator, Homeland Security Chairman Ron Johnson (R-Wis.), went on TV to try to defend the president. Except, he arguably did more damage to the president’s cause by showing just how difficult it is to defend Trump right now.

“In his interview on NBC’s Meet the Press, Johnson refused to answer basic questions about why he was concerned about Trump, instead bringing up a conspiracy theory about a former FBI official that has nothing to do with this matter.”

British Prime Minister Boris Johnson writes in the Sun and Daily Expressthat the United Kingdom will be “packing our bags and walking out” of the EU in 25 days.

“After decades of campaigning, three years of arguments and seemingly endless months of pointless delay, it is now just 25 days until the United Kingdom’s membership of the European Union comes to an end. We will be packing our bags and walking out on October 31. The only question is whether Brussels cheerily waves us off with a mutually agreeable deal, or whether we will be forced to head off on our own.”

When it comes to dealings with Ukraine, Energy Secretary Rick Perry told CBN News he probably has the most expansive relationships as any cabinet secretary but says he’s never heard Joe Biden or his son Hunter come up in conversation.

Said Perry: “I had a conversation with – a phone call – with Rudy Guiliani about it. I’ve talked to the previous ambassador. I’ve talked to the current ambassador. I’ve talked to Kurt Volker, Gordan Sondland, the EU ambassador- every name that you’ve seen out in the media and not once, not once as God as my witness, not once was a Biden name – not the former vice president, not his son ever mentioned. Corruption was talked about in the country but it was always a relatively vague term of, you know, the oligarchs and this and that and what have you.”

Washington Post: “Days after House Democrats suddenly coalesced behind a formal impeachment investigation, spurred by Trump’s pressure on Ukrainian President Volodymyr Zelensky to investigate a political rival, apprehensive lawmakers faced a two-week stretch at home where they immediately were questioned about their stance amid escalating political tensions, rapidly evolving news developments and a flurry of GOP attacks.”

“What hasn’t emerged is clear evidence of a political backlash, according to visits to nine lawmaker events and interviews with dozens of voters last week: Pro-Trump protesters picketed outside some of the events while pro-impeachment Democrats cheered inside, but swing voters mostly appeared to steer clear. Instead, echoing recent polling, the move toward impeachment appears only to have widened the existing partisan divide — and plunged the Democrats who ran on rising above it straight into the split.”

Said Graham: “If the whistleblower’s allegations are turned into an impeachment article, it’s imperative that the whistle-blower be interviewed in public, under oath and cross-examined. Nobody in America goes to jail or has anything done to them without confronting their accuser.”

But lets ignore that and talk about Hunter Biden.

Associated Press: “The playbook Donald Trump has used as a real estate developer, celebrity businessman and political candidate has, for the most part, proved effective through the first two-plus years of his presidency.”

“He has shown an uncanny ability to wriggle out of jams that might have doomed just about any of his predecessors.”

“That M.O. may finally be catching up to Trump amid the House’s impeachment inquiry. The tactics that helped win the White House have jeopardized his hold on it, ensnaring him in accusations that he enlisted a foreign government to investigate a political foe and, so far, leaving him flailing against a rapidly escalating investigation.”

President Trump “disputed that Russia was behind the attempted murder of a former Russian spy in a tense call with Theresa May,” the Guardian reports.

“Despite the widespread conclusion that Vladimir Putin’s regime was behind the poisoning of Sergei Skripal and his daughter Yulia last year, the US president is said to have spent 10 minutes expressing his doubts about Russian involvement.”

“Attorney General William Barr is stoking tensions in several foreign capitals, going outside usual channels to seek help from allies in reviewing the origins of a U.S. counterintelligence investigation begun during the 2016 presidential campaign,” the Wall Street Journal reports.

“By meeting directly with foreign leaders—rather than relying on investigator-to-investigator channels—Mr. Barr has stirred up domestic politics in some of the countries he has tapped for assistance.”

New York Times: “Republican leaders are struggling to settle on a clear message and effective strategy for responding to Democrats’ aggressive and fast-moving impeachment investigation of President Trump, thrown off by early stumbles and a chaotic White House that have upended efforts to set a steady tone.”

“With Mr. Trump effectively functioning as a one-man war room — doling out a new message, and provocative statements, almost by the hour — top Republicans have labored to find a unified response to push back against the inquiry and break through a near daily cascade of damaging information.”

Playbook: “There was not a single member of the Trump administration on the Sunday shows defending the president.”