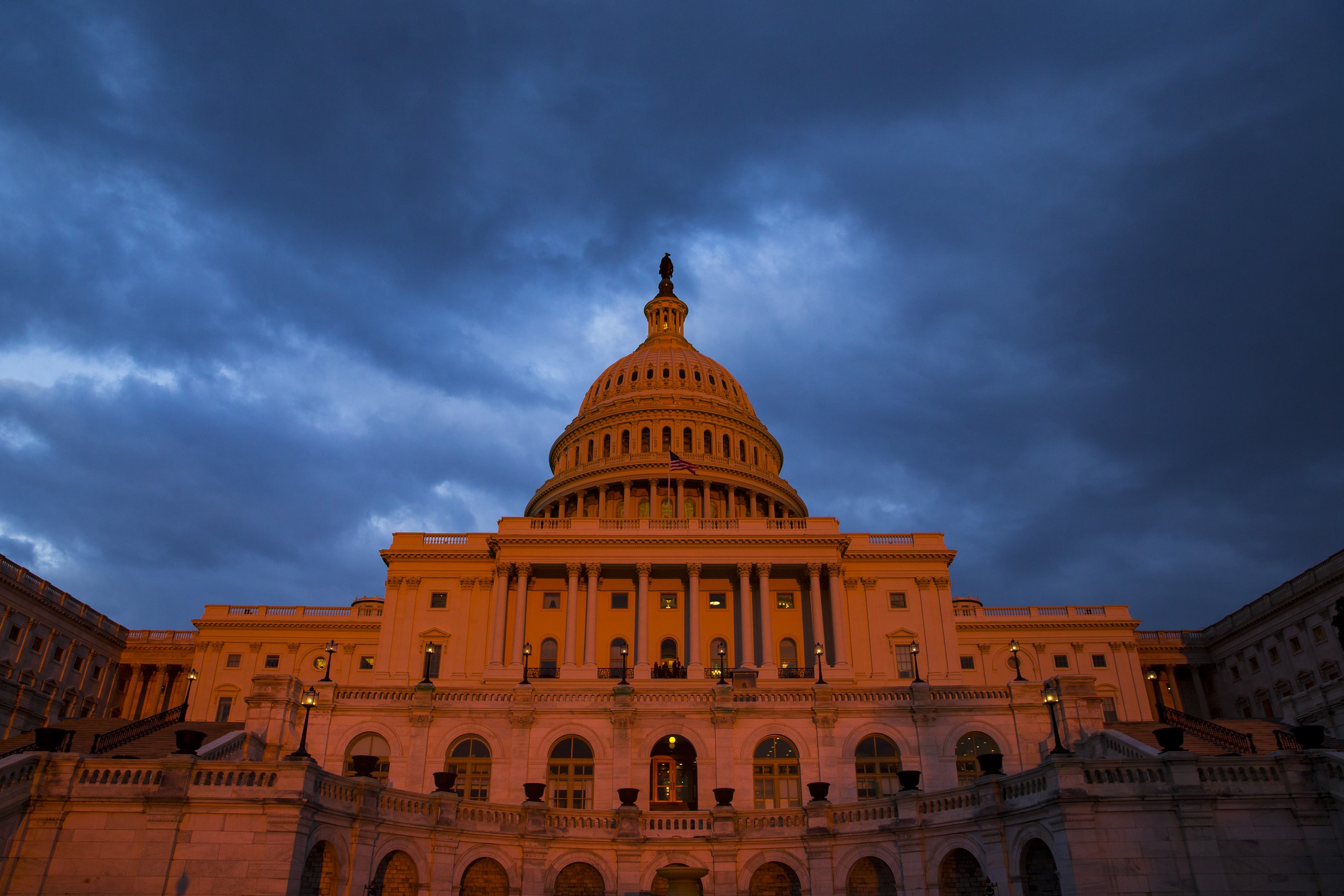 Three House committee chairmen released pages of text messages from U.S. diplomats that add background and context around President Trump’s desire to have Ukraine investigate Joe Biden and his son.

Philip Bump: “It’s generally not a good sign when a government official sends a written message questioning the propriety of an action and another official replies by suggesting they talk on the phone. The implication is that the second official is worried about leaving behind evidence of their conversation. A phone call doesn’t leave a paper trail.”

“While the released text messages are neither comprehensive (representing ‘only a subset of the full body of the materials,’ according to the letter accompanying the messages) nor directly implicate Trump, they include significant new revelations and suggestions about the Trump-Ukraine interactions. Including, in two suggestive moments, specifically the sort of don’t-document-this responses that imply an awareness of lines being crossed.”

First Read notes that with the text exchanges released last night, “it’s now worth asking if those ellipses in the transcription memo of Trump’s July 25 call are much more meaningful than we first thought.”

“Maybe the biggest remaining mystery is whether they are more words from that July 25 conversation we don’t know about.”

Josh Marshall: “It’s hard to keep track of the gross abuse of power. But here’s the critical thing to keep an eye on through this. We know about election interference of targeting the Biden’s. What was even clearer in those texts is demand that Ukraine “get to the bottom of” collusion between the DNC and Ukraine in the 2016 election. That is code for the conspiracy theory that Russia was framed for the DNC hack and actually didn’t interfere in the 2016 election at all. The “real collusion” was between Ukraine and the Democrats. The big aim here – right in front of our faces, right in the texts and transcripts – is to clear Russia of the crime.”

Sen. Mitt Romney (R-UT) slammed President Trump for urging Ukraine and China to investigate former vice president Joe Biden and his son, calling the appeals “appalling,” NBC News reports. Said Romney: “By all appearances, the President’s brazen and unprecedented appeal to China and to Ukraine to investigate Joe Biden is wrong and appalling.”

Retired Navy Admiral William McRaven, the former top commander of the U.S. Special Operations Command, believes President Trump “needs to be held accountable” for taking actions that don’t uphold the “dignity” of the office of the presidency, he said in an interview with CBS News. Said McRaven: “Every public servant who fails to do things that are moral, legal, and ethical, ought to be held accountable.”

Sen. Ben Sasse (R-NE) pushed back strongly against President Trump’s suggestion that the Chinese government investigate Joe Biden and his son, Hunter, in a statement to the Omaha World Herald. Said Sasse: “Hold up: Americans don’t look to Chinese commies for the truth. If the Biden kid broke laws by selling his name to Beijing, that’s a matter for American courts, not communist tyrants running torture camps.”

“President Trump is going all in. He declared he has the ‘absolute right’ to call for foreign nations to investigate political rivals — publicly calling on China to investigate the Bidens — and he plans to ask Democrats to vote on starting impeachment or get stonewalled,” Axios reports.

“It now seems increasingly inevitable the House will impeach Trump. Think about it this way: Imagine a Democrat who called for impeachment before the China comment voting against impeachment after it.”

Playbook: “Here’s what we can say definitively: President Trump is bending the machinations of the U.S. government toward taking down Joe Biden. Senate and House Republicans are helping him by sticking by his side. That’s not an opinion; it’s a fact.”

“The only difference of opinion now is not over the facts, really. Republicans say there’s nothing to see here; it’s just Trump trying to root out corruption. And Democrats say his own words are evidence that the president is deeply unfit for office and deserves to be impeached.”

“During a private phone call in June, President Trump promised Chinese President Xi Jinping that the US would remain quiet on pro-democracy protests in Hong Kong while trade talks continued,” CNN reports.

“The remarkable pledge to the Chinese leader is a dramatic departure from decades of US support for human rights in China and shows just how eager Trump is to strike a deal with Beijing as the trade war weighs on the US economy.”

“The Supreme Court will review a restrictive Louisiana law that gives the justices the chance to reconsider a recent ruling protecting abortion rights,” the Washington Post reports.

“The court said Friday it would consider whether the 2014 law requiring doctors at abortion clinics to have admitting privileges at nearby hospitals unduly burdens women’s access to abortion. Clinic owners said the effect of the law would be to close most of the state’s abortion clinics and leave the state with only one doctor eligible to perform the procedure.”

Slate: This Supreme Court term will launch a conservative revolution.

“It comes down to this. We’ve cut through the denials. The deflections. The nonsense. Donald Trump believes he can pressure a foreign nation to help him politically. It’s his ‘right.’ Every Republican in Congress has to decide: Is he right?” — House Intelligence Committee chairman Adam Schiff (D-CA), on Twitter.

Sen. Joni Ernst (R-IA), facing an increasingly tough reelection as President Trump’s approval tanks in Iowa, defended the whistleblower from Trump’s rage, NBC News reports. Said Ernst: “Whistleblowers should be protected. I stand with Chuck Grassley on this. We have laws in place.”

“Energy Secretary Rick Perry is expected to announce his resignation from the administration by the end of November,” Politico reports.

“The White House is planning to send Speaker Nancy Pelosi a letter as soon as Friday arguing that President Trump and his team can ignore lawmakers’ demands until she holds a full House vote formally approving an impeachment inquiry,” Axios reports.

“By putting in writing the case that Trump and his supporters have been making verbally for days, the White House is preparing for a court fight and arguing to the public that its resistance to Congress’ requests is justified.”

“The Trump administration is moving to begin collecting DNA samples from hundreds of thousands of people booked into federal immigration custody each year for entry into a national criminal database, an immense expansion of the use of technology to enforce the nation’s immigration laws,” the New York Times reports.

President Trump personally contacted Boris Johnson to ask for help as he tried to discredit the Mueller investigation into possible connections between Russia and his 2016 election campaign, the Times of London reports.

Politico: “House investigators are looking into an allegation that groups — including at least one foreign government — tried to ingratiate themselves to President Donald Trump by booking rooms at his hotels but never staying in them.”

Said Rep. Gerry Connolly (D-VA): “Now we’re looking at near raw bribery. That was the risk from day one — foreign governments and others trying to seek favor because we know Trump pays attention to this…. It’s an obvious attempt to curry favor with him.”

Agriculture Secretary Sonny Perdue said during a stop in Wisconsin that he doesn’t know if the family dairy farm can survive as the industry moves toward a factory farm model, the Minneapolis Star Tribune reports.

Said Perdue: “In America, the big get bigger and the small go out. I don’t think in America we, for any small business, we have a guaranteed income or guaranteed profitability.”

“Nearly six months after taking over the Department of Homeland Security as acting secretary, Kevin McAleenan has guided the United States out of a crisis at the southern border, but he also says he has lost command of the public messaging from his department and lacks some of the authority he was promised when he took the job,” the Washington Post reports.

“Increasingly isolated within the administration and overshadowed by others who are more effusive in their praise for President Trump, McAleenan said he retains ‘operational’ control of DHS… But he acknowledged that he is losing the battle to keep DHS, which he views as a neutral law enforcement agency, from being used as a powerful tool for a partisan immigration agenda.”