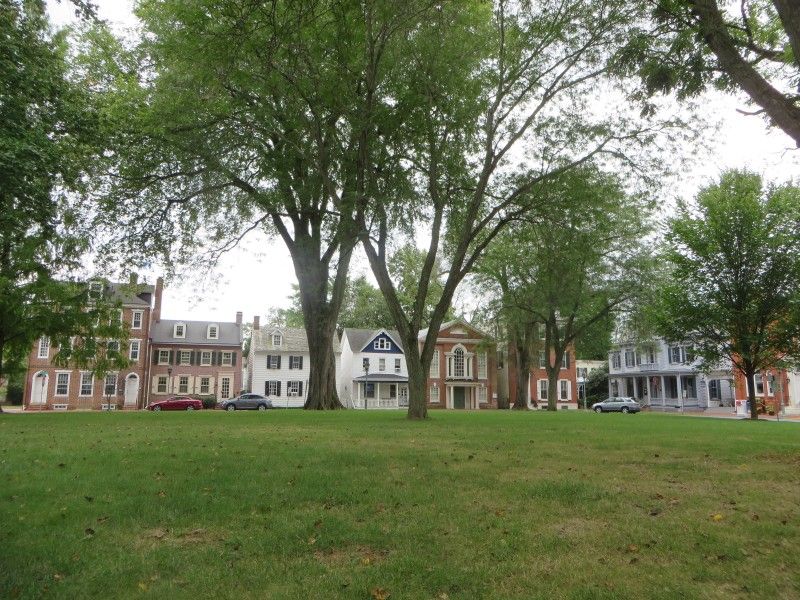 Buildings on The Green in Dover. Structures around the Green date from the early 1700s to the early 1900s, and include a variety of civic, cultural, institutional, residential, and commercial buildings. Most notable is the Old State House, out of frame to the left. The Green was included in Delaware’s first entry into the National Park System when First State National Monument was created on March 25, 2013. The National Monument was later renamed First State National Historic Park by act of Congress in 2015. Photo by xzmattzx.