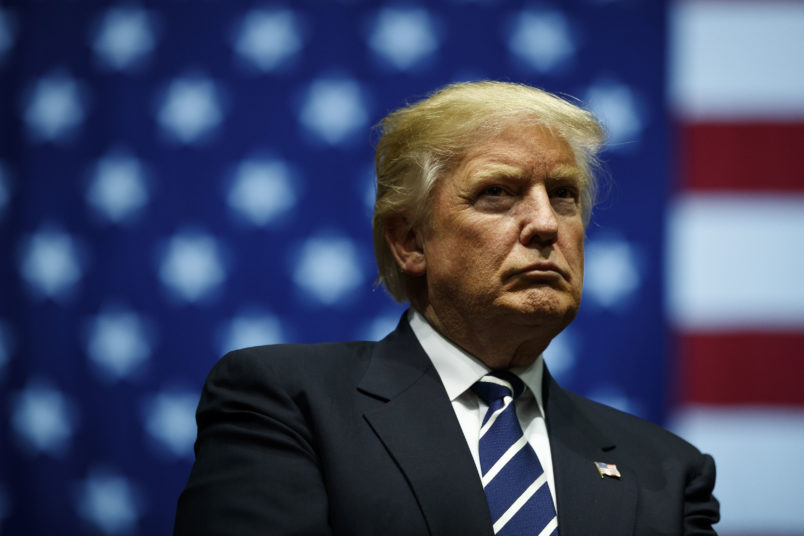 George Conway and Neil Katyal: “It is high time for Congress to do its duty, in the manner the framers intended. Given how Trump seems ever bent on putting himself above the law, something like what might have happened between him and Ukraine — abusing presidential authority for personal benefit — was almost inevitable. Yet if that is what occurred, part of the responsibility lies with Congress, which has failed to act on the blatant obstruction that Mueller detailed months ago.”

“Congressional procrastination has probably emboldened Trump, and it risks emboldening future presidents who might turn out to be of his sorry ilk. To borrow John Dean’s haunting Watergate-era metaphor once again, there is a cancer on the presidency, and cancers, if not removed, only grow. Congress bears the duty to use the tools provided by the Constitution to remove that cancer now, before it’s too late. As Elbridge Gerry put it at the 1787 Constitutional Convention in Philadelphia, “A good magistrate will not fear [impeachments]. A bad one ought to be kept in fear of them.” By now, Congress should know which one Trump is.”

Joe Biden accused President Trump of an “overwhelming abuse of power” over reports that he pressured Ukraine to open an investigation into him, CNN reports.

Said Biden: “Trump’s doing this because he knows I’ll beat him like a drum and is using the abuse of power and every element of the presidency to try to do something to smear me.”

Lenore Taylor: “I’ve read so many stories about his bluster and boasting and ill-founded attacks, I’ve listened to speeches and hours of analysis, and yet I was still taken back by just how disjointed and meandering the unedited president could sound. Here he was trying to land the message that he had delivered at least something towards one of his biggest campaign promises and sounding like a construction manager with some long-winded and badly improvised sales lines.”

“I’d understood the dilemma of normalizing Trump’s ideas and policies – the racism, misogyny and demonisation of the free press. But watching just one press conference from Otay Mesa helped me understand how the process of reporting about this president can mask and normalize his full and alarming incoherence.”

“A president is sitting in the Oval Office, right now, who continues to commit crimes. He continues because he knows his Justice Department won’t act and believes Congress won’t either. Today’s news confirmed he thinks he’s above the law. If we do nothing, he’ll be right.”

Washington Post: “Much as he did three years ago — when he asked Russia to hack the emails of his Democratic rival — President Trump on Friday seemed to make a similar request of Ukraine, all but urging the Eastern European nation to investigate Joe Biden, his potential Democratic opponent.”

“For Trump, controversial public disclosures have became almost routine, with the president saying the potentially scandalous part aloud. It is a form of shamelessness worn as a badge of protection — on the implicit theory that the president’s alleged offenses can’t be that serious if he commits them in full public view.”

Speaker Nancy Pelosi told NPR that she has not changed her mind on pursuing impeachment but is ready to change the law to restrain presidential power and make it clear that a sitting president can, in fact, be indicted.

She added: “That’s something cooked up by the president’s lawyers. That’s what that is. But so that people will feel ‘OK, well, if he — if he does something wrong, he should be able to be indicted.’”

Tom Nichols: “Until now, there was room for reasonable disagreement over impeachment as both a matter of politics and a matter of tactics. The Mueller report revealed despicably unpatriotic behavior by Trump and his minions, but it did not trigger a political judgment with a majority of Americans that it warranted impeachment. The Democrats, for their part, remained unwilling to risk their new majority in Congress on a move destined to fail in a Republican-controlled Senate.”

“Now, however, we face an entirely new situation. In a call to the new president of Ukraine, Trump reportedly attempted to pressure the leader of a sovereign state into conducting an investigation—a witch hunt, one might call it—of a U.S. citizen, former Vice President Joe Biden, and his son Hunter Biden.”

“If this in itself is not impeachable, then the concept has no meaning. Trump’s grubby commandeering of the presidency’s fearsome and nearly uncheckable powers in foreign policy for his own ends is a gross abuse of power and an affront both to our constitutional order and to the integrity of our elections.”

Sen. Cory Booker must raise nearly $2 million in the next 10 days or the presidential candidate has no “legitimate long-term path forward,” according to a memo to staff from the campaign manager obtained by NBC News.

“The struggling candidate’s campaign manager, Addisu Demissie, warned that after weaker-than-expected fundraising in the early part of September, the campaign needs to rake in another $1.7 million before the last day of the financial quarter on Sept. 30.”

Washington Post: “That’s one of the key findings of an intensive report by Third Way, a center-left think tank that analyzed all 235 districts held by House Democrats to look at where the fault lines were not just for the House but also the Senate majority and the presidency in next year’s elections.”

“The result is a portrait of the Democratic coalition, from the rural edge of Kind’s western Wisconsin district to the inner-city neighborhoods of Tlaib’s Detroit-based district, that shows the path to victory at every level of power in Washington.”

Bernie Sanders has parted ways with one of his deputy field directors in Iowa, Politico reports. Lata’s departure is the latest in a series of staff shakeups in the critical early states of Iowa and New Hampshire.

Astead W. Herndon from the New York Times: “An organic effort by black millennials and Gen Z-ers to influence older family members against Mr. Biden may be important in the Democratic primary.

A groan erupted at a debate watch party at Texas Southern University last week as former vice president Joseph R. Biden Jr. got a question about slavery and racism and gave an answer about Venezuela and record players. But amid that exasperation, some students channeled their inner Beltway operatives and began a targeted rapid-response campaign.

Tyler Smith, 19, texted his grandmother after the debate, hopeful that Mr. Biden’s meandering answer may have swayed her from supporting him. Amaya St. Romain, 19, mounted a three-day lobbying blitz on her mother and her great-grandmother, making sure they had seen the former housing secretary Julián Castro’s criticisms of Mr. Biden onstage.”

Reuters: “Seventeen of the 19 Democrats in the race to take on Trump in November 2020 spoke at the steak fry hosted by the Polk County Democrats, the county that includes Des Moines, Iowa’s most populous city.

More than 12,200 attended the Democratic Party fundraiser, breaking previous records and drawing visitors from Germany, Japan and Sweden, according to event organizers.

Supporters arrived early to set up candidate yard signs alongside the road winding into the park. They trekked in wearing t-shirts emblazoned with the name of their favorite contender or cause. They sat in lawn chairs as the candidates spoke, cheering and chanting in the light rain as the ground grew muddy and posters soggy.

“Regardless of what campaign you support, we are all on the same team,” O’Rourke said as the crowd cheered his call to defeat Trump.”

“The president asked a foreign power to help him win an election. Again.”