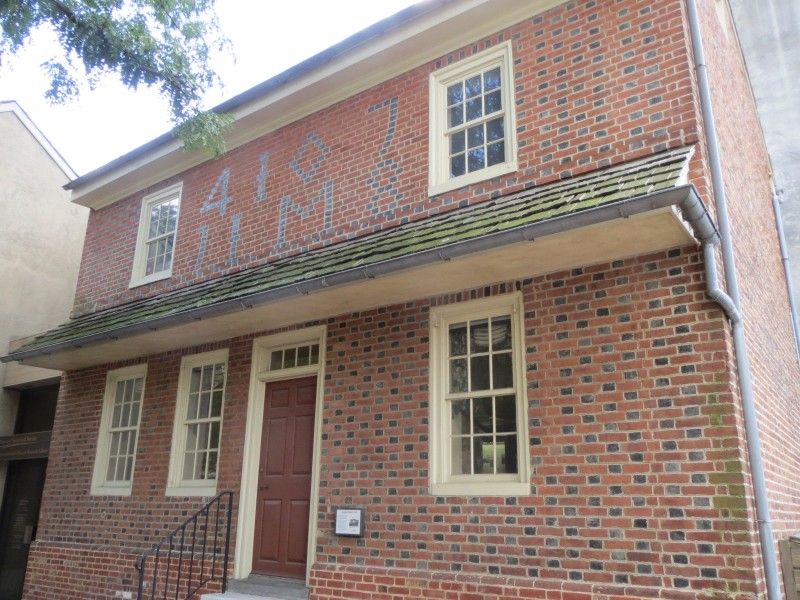 The Jacobs House, on Market Street in Wilmington. The house was originally the Zachariah Ferris House, and was believed to have been built in 1715. It was originally located on 2nd Street at what is now a fire station, was was believed to be the oldest house in the city. Glazed bricks give a date of 1748. It was moved to its current location at Willingtown Square in 1976. Willingtown Square was an urban renewal project meant to preserve threatened historic houses. Photos by xzmattzx.