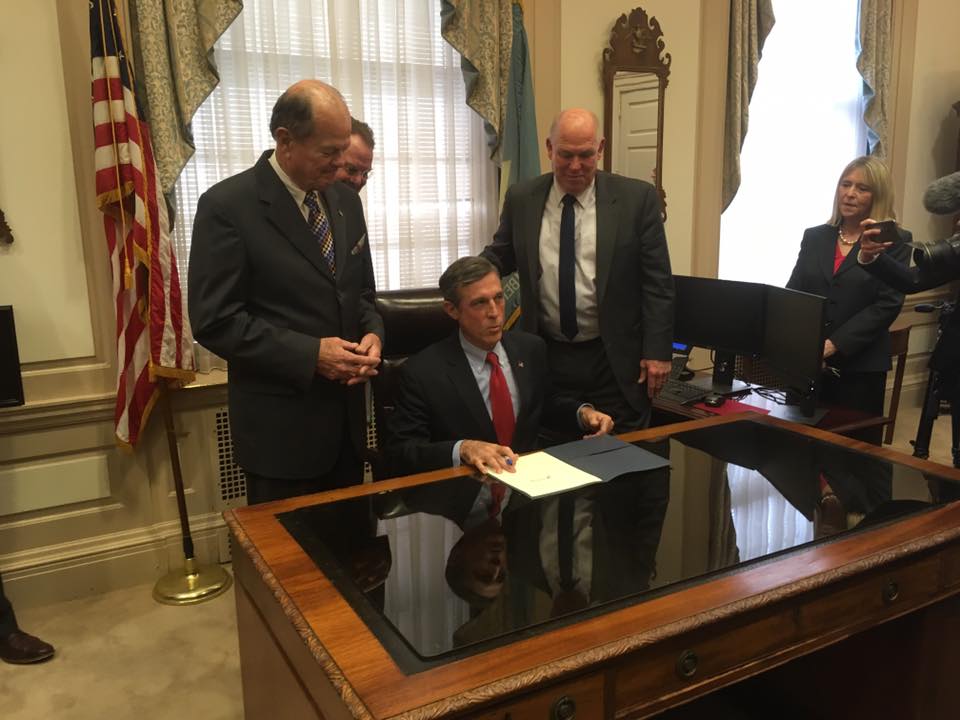 Last week, Democratic Governor John Carney co-signed a letter with 11 other Democratic Governors addressed to the President Trump and Senate Majority Leader Mitch McConnell calling for the enactment of ‘Red Flag Laws” (which we already have in Delaware),  universal background checks that end the loophole on private sales, a ban on certain semi-automatic weapons (like the AK47 and the AR15) and a cap on how much ammunition a magazine can hold.

That’s all well and good, but really, Governor Carney should spend his time lobbying his own Democratic Senate leadership. It wasn’t Donald Trump or Mitch McConnell who cowardly killed bills that would have provided for an assault weapons ban, magazine capacity caps, and licensing and training of gun owners prior to purchase. That was Senate President Pro Tem Dave McBride and Senate Majority Leader Nicole Poore. Mr. Carney should find some time to talk with them. If this is such an important issue for Governor Carney, perhaps he can find some legislative leverage to pressure McBride and Poore. Like vote those bills out of committee or nothing you sponsor gets my signature.

Strong worded letters to Republican politicians bought and paid for by the NRA are meaningless. Using your actual power to persuade members of your own party would seem to bear more fruit. But that would require actually possessing conviction.

0 comments on “Carney is right on guns, wrong on who to pressure”