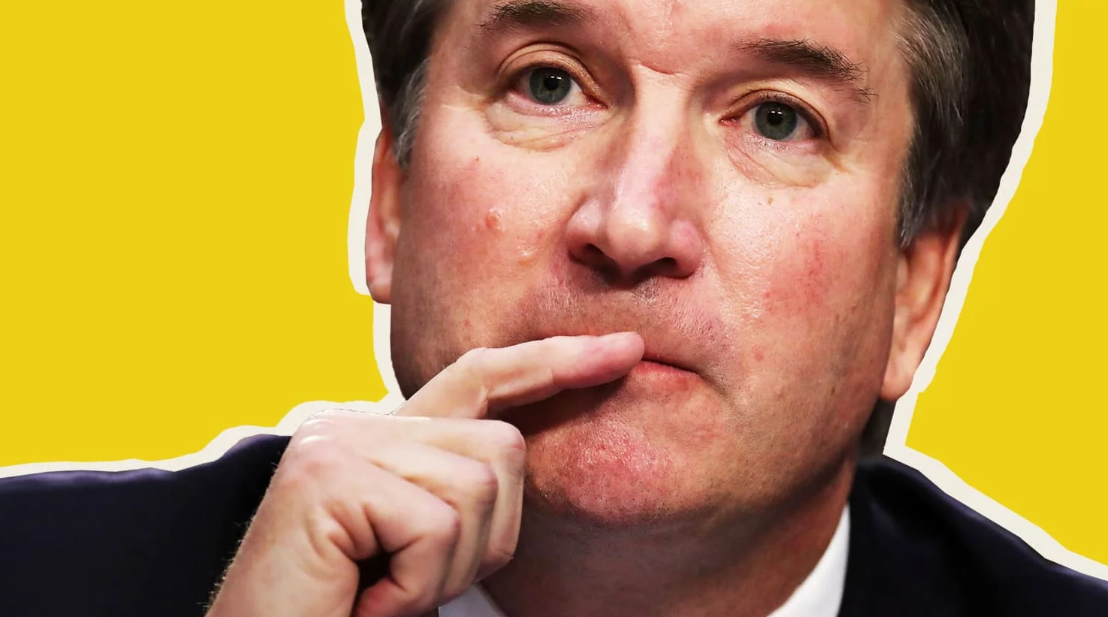 “In an op-ed for the Times, Robin Pogrebin and Kate Kelly said they learned of the alleged misconduct during a 10-month investigation of Kavanaugh’s life at prep-school and Yale, including the assault accusations, for their upcoming book, The Education of Brett Kavanaugh: An Investigation.”

“Max Stier, Kavanaugh’s classmate at Yale, told the reporters that he once saw Kavanaugh with his pants down while his friends pushed his penis into the hands of a female student during a dorm party.”

Said Trump: “Brett Kavanaugh should start suing people for liable, or the Justice Department should come to his rescue.”

Approximately an hour after the original tweet, he sent out a new tweet with the correct spelling of the word “libel.”

Former national security adviser John Bolton resigned the day after a Monday discussion about Iran policy in which President Trump raised the possibility of relieving some sanctions, a person close to Bolton tells Axios.

“Most consider it at least to be a serious problem — including more than a quarter who say it is a crisis. Seven in 10 think human activity contributes a lot or some to climate change, and most feel they have a personal responsibility to do something about it, although many say they cannot afford to.”

Rep. Vicente Gonzalez (D-TX) “flipped his support from Julián Castro to Joe Biden for the Democratic presidential nomination, saying now is the time to narrow the 2020 field and unite as Democrats,” CNN reports.

“The switch of support comes days after Castro sharply criticized Biden — with an apparent jab at the former vice president’s memory — in a contentious moment dubbed ‘personal’ and ‘not cool’ by other candidates, but Gonzalez said that debate moment was not the reason behind his decision.”

Josh Marshall: “Now we have more confirmation of one of the incidents that was at the center of the controversy and entirely new incident that is similar but did not come up in the hearings. We also have more evidence for what was pretty clear at the time: that the FBI investigation was nominal and structured so as to generate no relevant information about the questions at hand.

Removing someone from the Supreme Court is extremely difficult. You need the same 2/3rds majority as you do to remove a president. But it’s crystal clear that Kavanaugh repeatedly perjured himself to get on the court. The incidents may have decades ago but the perjury was only last year.”

Former Kansas Secretary of State and immigration hardliner Kris Kobach sent the Immigration and Customs Enforcement agency a list of Nebraskan residents he suspected of being undocumented immigrants while he was running for governor in 2017.

The Kansas City Star reported on Sunday that Kobach had contacted then-ICE acting head Tom Homan in 2017 to “verify” the immigration status of the 289 people on a list he had compiled.

Kobach had done so in an effort to help the city of Fremont, Nebraska enforce an ordinance he’d helped craft that prohibits landlords from renting to undocumented immigrants.

“David Cameron has accused Boris Johnson of not believing in Brexit but backing it anyway during the referendum campaign on Britain’s EU membership to advance his political career,” Politico reports.

“In an extract from his forthcoming memoir, published in the Sunday Times, the former British prime minister ripped into the political motives of Johnson and Michael Gove, another leading Brexit campaigner who is now a Cabinet minister.”

Robert Reich: “I think we have to face the truth that no one seems to want to admit. This is no longer a case of excessive narcissism or grandiosity. We’re not simply dealing with an unusually large ego.”

“The president of the United States is seriously, frighteningly, dangerously unstable. And he’s getting worse by the day.” “Such a person in the Oval Office can do serious damage.”

“What to do? We can vote him out of office in 14 months’ time. But he could end the world in seven and a half seconds.”