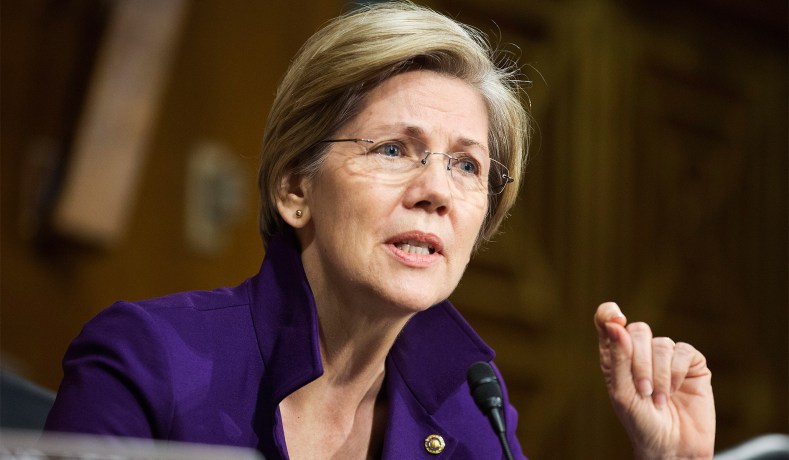 “The Working Families Party, the labor-aligned progressive group whose electoral influence has grown since the 2016 election, has endorsed Sen. Elizabeth Warren for the Democratic presidential nomination, a boon to her candidacy as she attempts to position herself as the main challenger to former Vice President Joe Biden,” the New York Times reports.

At some point, if progressives and the left really wants to stop Joe Biden from getting the nomination, a choice is going to have to be made, preferably before the Iowa Caucuses.

Sen. Elizabeth Warren released a new plan to tackle corruption in Washington, part of her ongoing promises to enact “big structural change” if elected, the Washington Post reports. “Warren’s wide-ranging new proposal seeks to dramatically limit the influence of federal lawmakers and lobbyists while also expanding protections for workers. Under the plan, lobbyists would be banned from all campaign fundraising activities — including serving as campaign bundlers — and campaigns themselves would not be able to receive ‘intangible benefits’ such as opposition research from foreign governments.”

“Under a new definition of ‘official act,’ politicians would not be able to accept gifts or payments in exchange for government action. Senior government officials and members of Congress would be prohibited from serving on for-profit boards, even if they receive no compensation.”

In a Medium post, Warren proposes closing the loophole that “allows federal judges to escape investigations for misconduct by stepping down from their post.”

It’s a reference to a case involving Trump’s sister Maryanne Trump-Barry, whose retirement brought an abrupt end to an investigation into her role in various tax schemes of the family and potential fraud therein.

Jonathan Bernstein: “[Beto has] thrown away poll-tested strategies and is wandering around the nation getting increasingly angry. Could it work? Well, all the low-polling candidates need attention, so you never know. But it reminds me of Gary Hart’s post-scandal campaign during the 1988 nomination race. Except with a lot more profanity. That’s … more annoying than anything else. Hart had suspended his campaign, but eventually reentered without much hoopla. At first, his polling numbers surged, but it didn’t last and voters soundly rejected him.”

“Voters claim to hate poll-tested, slickly produced campaigns, but there’s very little evidence they actually want candidates raw without any frills, with the exception of a certain reality-television star in the 2016 Republican primaries (and Donald Trump was more ‘raw’ than raw, his entire persona wrapped up in the weird non-reality of reality TV). As it was with Hart, it’s tempting to think that O’Rourke will beat the consultants and the ad specialists and connect directly with voters. But he probably won’t.”

“As Elizabeth Warren climbs in the polls, Joe Biden’s Massachusetts allies are warning that her election history suggests she runs weakest among the types of voters Democrats need to win over to capture the White House,” Politico reports.

“While Warren won reelection easily in 2018, Biden’s backers point to her performance among independent and blue-collar voters as evidence she’ll fail to appeal to similar voters in the Rust Belt — just as Hillary Clinton did in 2016.”

Associated Press: “His lack of any ample base of support, even among his fellow millennials, is a central challenge of the 37-year-old’s long shot bid to rise to the nation’s highest office. He plays well across a broad spectrum of Democratic voters, but in small fragments that have left him an intriguing candidate stuck in single digits in national polls.

New Yorker: “In every Presidential election since 1992, the winner of Florida has gone on to the White House. Trump won the state, which has a population of twenty-one million, by a hundred and thirteen thousand votes. He’s since made it the centerpiece of his reëlection effort, launching his campaign in Orlando and making frequent visits to South Florida to deliver major addresses on Cuba and Venezuela.”

“Most of the diaspora communities in the state have fled socialist dictatorships. Republicans, and especially Trump, have seized on this fact to relentlessly attack left-wing populists in Central and South America.”

“The Latino electorate is younger, more numerous, and more diverse than ever before, with largely progressive views on health-care and social-justice issues. These trends should work in favor of the Democrats. Still, the Presidential election is more than a year away, and disaffection with Republicans is hardly a guarantee of Democratic votes.”

“State law prevents Michigan Republicans from joining other states to cancel their presidential primaries, but the state party adopted changes all but assuring its delegates will go to President Trump and not his long-shot GOP challengers, MLive reports.

“Republicans in several states are making it harder for primary challengers to have a shot at competing with Trump in 2020. Michigan Republican Party spokesperson Tony Zammit said the state party’s delegate apportionment rules were changed this year, requiring candidates to receive at least 20% of the primary vote in order to receive any delegates.”

Sen. Amy Klobuchar is kicking off a “blue wall” tour this week, making stops in Pennsylvania, Michigan and Wisconsin, according to a schedule shared with Politico.

“The Minnesota Democrat has centered her presidential bid on her ability to win back those states — once considered part of a blue wall of Democratic strength in presidential elections — that Donald Trump flipped in 2016.”

David Leonhardt: “As the savvy political analyst Sean Trende wrote last week, she is the most natural politician in the field, and people are now underrating her chances. Last week, she had a good debate, from her opening statement directed at Trump to her stirring words about the dire peril of climate change — and our ability to overcome it.”

“The first primaries, remember, are still months away, and many people are only now starting to follow the race. Notably, a recent national poll found that fewer Democratic voters have formed an opinion about Harris than about her main rivals. The history of presidential campaigns offers the same lesson: When The New York Times ran a front-page story about the ‘mounting alarm’ among Obama’s supporters over his underdog campaign against Hillary Clinton, it was late October 2007.”

“Harris remains an important candidate because the Democratic field remains flawed. And if you see Trump as a threat to America’s interests — which he is — you should at this point be rooting for as many strong potential nominees as possible.”

New York Times: “At the Democratic primary debate last week, Joseph Biden prompted some distress within the party with a rambling, discordant answer to a question about the legacy of slavery, a moment that highlighted his unsteady instincts, and mixed record, on matters of race. Three days later, a heavily African-American crowd gave Mr. Biden a warm welcome as he delivered a passionate address at the 16th Street Baptist Church, a symbol of the civil rights struggle, where he denounced institutional racism to mark the 56th anniversary of the bombing that killed four young black girls here in 1963.”

“The divergent responses underscore the uncertainty surrounding whether Mr. Biden can translate his longstanding connection to black voters into votes next year. His deep ties to black leaders, his service as Barack Obama’s vice president and his popularity among older, more conservative African Americans have given him a commanding lead in the polls among a constituency that is crucial to any Democratic candidate seeking the nomination.”

“But that support has never been rigorously tested at the ballot box outside of his home state of Delaware, and missteps like his meandering debate answer on slavery, as well as his legislative record on issues like busing and criminal justice, have intensified questions among progressive activists, and some party leaders, about whether he is the best standard-bearer for African-American priorities.”

Sen. Bernie Sanders “has replaced the New Hampshire state director of his presidential campaign after growing indignation from his fiercest supporters that their concerns about losing the first-in-the-nation primary states were being ignored,” Politico reports.

“More than 50 members from Sanders’ state steering committee applauded on Sunday afternoon when they heard that Joe Caiazzo had been reassigned to Massachusetts.”

“At a Trump rally back in February in El Paso, Texas, the campaign saw an unexpected pattern in the attendee data — a large crowd of New Mexicans crossed the state line to be there,” Axios reports.

“Since then, New Mexico has become an unlikely target for the 2020 Trump campaign. It’s the state with the highest percentage of Hispanics and Latinos (about 1 in 2 residents), and it’s gone with Democrats in 6 of the last 7 general elections.”

“Andrew Yang’s surprising debate gambit — giving away $120,000 to 10 families over a year to highlight his universal basic income proposal — helped the outsider candidate raise $1 million in the 72 hours since the debate and collect more than 450,000 email addresses from people who entered the online raffle,” Politico reports.