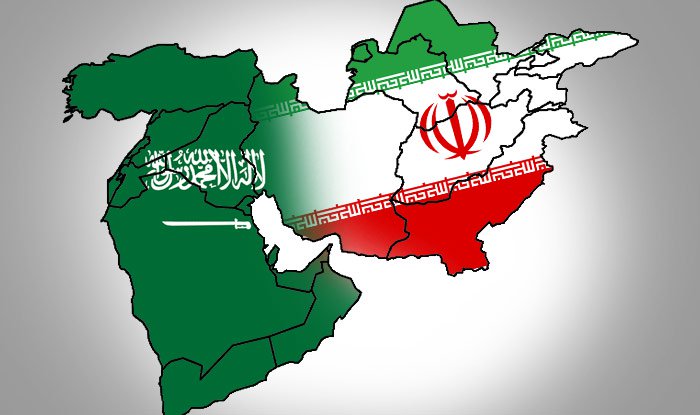 “Yemen’s Houthi rebels claimed responsibility for drone attacks on two key oil installations deep inside Saudi Arabia on Saturday, facilities that process the vast majority of the country’s output and raising the risk of a disruption in world oil supplies,” the New York Times reports.

Secretary of State Mike Pompeo blamed Iran, which backs the Houthis, calling it “an unprecedented attack on the world’s energy supply” and asserting, “There is no evidence the attacks came from Yemen.”

“It was the single most audacious attack on Saudi Arabia that the Houthis have claimed since the kingdom intervened in Yemen’s war more than four years ago, devastating the impoverished country and creating the world’s worst humanitarian crisis.”

Former Attorney General Eric Holder predicted President Trump “may be prosecuted after his presidency if he doesn’t first face impeachment proceedings while in office — but warned of the possible risks to the nation,” CNN reports.

Said Holder: “It would seem to me that the next attorney general, the next president is going to have to make a determination.”

He added: “Yes, I think there is a potential cost to the nation by putting on trial a former president, and that ought to at least be a part of the calculus that goes into the determination that has to be made by the next attorney general.”

Playbook: “Almost no one at the White House or in GOP leadership wants to hear this, but WinRed has a big issue on its hands. Members of Congress are skeptical of them, because they don’t know who is profiting off of it and they can’t get straight answers about what’s going to happen with their data.

“The retort from Republican involved is, trust us, get on board or else you’ll continue to get smoked by your Democratic opponents. That’s probably true, but lawmakers want answers and they aren’t getting them. And until then, there is going to be angst and doubts — no matter how many presentations they get, or veiled threats they hear from the leadership and White House-linked operatives. Of course, there are members who have signed up — more than 100 — and the service is drawing donations. That does not negate the skepticism.”

“Republicans — pushed by Jared Kushner — created WinRed to compete with ActBlue. But ActBlue was a private company that caught fire because it was good. WinRed is being foisted upon lawmakers by the party leadership.”

“The visit also was confirmed to The Associated Press by a Taliban official who spoke on condition of anonymity because he was not authorized to talk to reporters. It was the Taliban’s first international visit following the collapse of talks with Washington. The team was being led by Mullah Sher Mohammad Stanikzai.”

“House Minority Leader Kevin McCarthy has set a goal no party has done in 65 years, winning back the majority just two years after losing it,” the Washington Post reports.

“But the California Republican knows better than to over promise and under deliver. So he makes only one guarantee for the 2020 elections.”

“McCarthy is doubling down on the GOP’s recent strategy of denouncing Democrats and casting them as socialists who want a complete government takeover of everything from health care to straws. Rather than encourage distance from an unpopular president, McCarthy wants Republicans to stick close to President Trump — an intentional break from the previous tension that existed between the White House and his predecessor, Paul D. Ryan (R-WI), a close McCarthy friend.

“Fox News must defend a lawsuit by the parents of a Democratic Party staffer whose unsolved 2016 murder touched off a flurry of right-wing conspiracy theories,” Bloomberg reports.

“The parents of Seth Rich sued Fox News over what they said was a ‘sham’ 2017 story claiming their son leaked Democratic National Committee emails in the run-up to the 2016 election. A lower-court judge in Manhattan dismissed the case last year.”

Washington Post: “Candidates for the Democratic presidential nomination are sprinting from coast to coast in search of campaign donations over the next 18 days, moving urgently to stockpile cash for their big fall push — and to avoid a death spiral that a weak third-quarter fundraising tally might prompt.”

“With the third debate behind them — the fourth is in mid-October, well after the fundraising deadline — the candidates are devoting themselves to finishing with a flourish what is typically a difficult three-month fundraising period.”

New York Times: “If Joe Biden and Elizabeth Warren are headed for a showdown, neither of them appears in a hurry to get there.”

“The two candidates have seemed to be on a collision course for much of the last few months: Mr. Biden as the Democratic front-runner and de facto leader of the party’s moderate wing, with a steady but hardly dominant lead in polls, and Ms. Warren as his rising challenger, slowly trimming his lead and perhaps surpassing Senator Bernie Sanders of Vermont as the focal point of progressive energy in the race.”

Associated Press: “Less than 14 months before Election Day, the president’s team is banking his reelection hopes on identifying and bringing to the polls hundreds of thousands of Trump supporters… — people in closely contested states who didn’t vote in 2016. The campaign is betting that it may be easier to make voters out of these electoral rarities than to win over millions of Trump skeptics in the center of the electorate.”

“It’s a risky wager borne of political necessity, and helps explain Trump’s provocative communications strategy, from his attacks on the media to his racially polarizing rhetoric. Trump, aides and allies say, knows he needs to fire up his supporters, and anger is a powerful motivator.”

“Joe Biden committed to publicly releasing his medical records before the Iowa caucuses after questions of whether the 76-year-old former vice president is fit for the rigors of the presidency and to take on President Donald Trump, aged 73, in a grueling 2020 campaign,” CNN reports.

Mark Sanford, Joe Walsh, and Bill Weld write in the Washington Post that the Republican Party has “taken a wrong turn” in canceling primaries.

“The saying ‘may the best man win’ is a quintessential value that the Republican Party must honor if we are to command the respect of the American people. Cowards run from fights.”