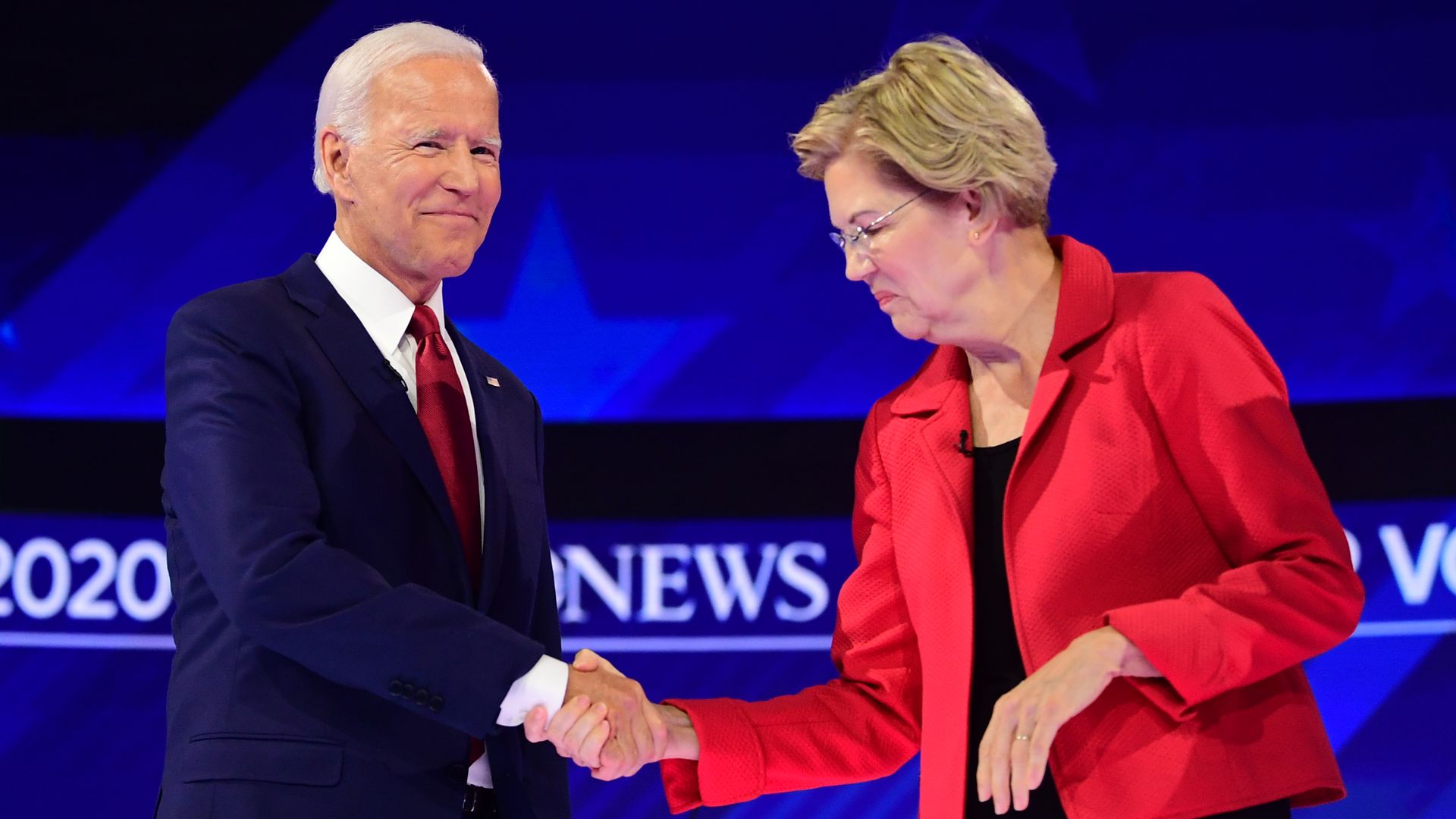 Julián Castro told CNN that his criticism of Joe Biden and his health care policy during Thursday’s Democratic debate was not personal and denied that he was attacking the former vice president’s memory.

Said Castro: “I wouldn’t do it differently. That was not a personal attack. This was about a disagreement over what the vice president said regarding health care policy.”

James Hohmann: “Castro follows in the footsteps of Eric Swalwell, who ripped into Biden and told him to ‘pass the torch’ during the first debate only to get nowhere. The California congressman dropped out days later. Castro certainly won’t. This isn’t fatal. But the exchange illustrated Biden’s underappreciated strengths. While he’s widely perceived as having a tenuous lead in the early polls, Biden’s support has thus far proven remarkably durable. At the same time, however, Castro broached an issue that is of genuine concern among many Democratic leaders and may have foreshadowed what’s to come as the field winnows and lower-performing candidates become desperate to break through.”

Greg Sargent: “Joe Biden’s Democratic rivals have now begun to raise questions about his age and mental competence. But they are doing so ever so gingerly, and even apologetically.”

“President Trump is not being nearly as cautious or circumspect.”

“In that contrast resides something that deserves more attention about the Biden age issue. The question isn’t merely whether Biden has the stamina for a grueling campaign, or whether Biden will be able to handle debates with Trump.”

“It’s also whether Biden or indeed other Democrats are prepared for the massive onslaught of absolutely brutal and distortive attacks that Trump and his propaganda apparatus will wage on this particular front — attacks that you can be certain will include all sorts of shamelessly propagandistic media manipulation and outright disinformation tactics.”

A new FiveThirtyEight/Ipsos poll interviewed the same group of voters twice to capture both the “before” and “after” picture of the debate.

“Warren was one of the better-liked candidates going into the debate, but her performance was still rated higher than we’d expect based on her favorability alone. The same was true of Booker, Buttigieg and (especially) O’Rourke.”

“House Republicans plan to run on tried-and-true issues in 2020: repealing Obamacare and reducing the national debt, even though the GOP fell short of both goals the last time the party had full control of Washington,” Bloomberg reports. Said House Minority Leader Kevin McCarthy: “The first thing we would do is make sure our debt is taken care of.”

Yeah, they ran on that before, got elected, and failed to repeal Obamacare and then they exploded the debt with their corporate tax cut. In 2018, they decided for reasons passing understanding to run on that again, but this time add in stoking fears about caravans of deadly asylum seekers. They lost. So please proceed, Governor.

A new Washington Post/Kaiser Family Foundation poll finds that a strong majority of Americans — about 8 in 10 — say that human activity is fueling climate change, and roughly half believe action is urgently needed within the next decade if humanity is to avert its worst effects. Nearly 4 in 10 now say climate change is a “crisis,” up from less than a quarter five years ago.

However, two-thirds say President Trump is doing too little to tackle the problem.

CNN: “Thursday night’s debate featuring ten presidential candidates brought a big audience to ABC. The network’s ratings were head and shoulders above everything else on TV Thursday night.”

“Total viewership numbers will be released on Friday afternoon. But very preliminary numbers, known as the ‘overnights,’ show that the debate well exceeded 10 million viewers.”

Reid Wilson: “Warren was one of four candidates who did not attack one of her onstage rivals. And, reflecting a frustration among some other Democratic campaigns who have failed either to match Warren’s steady rise or to land a jab on her, she was one of the few who was not attacked herself, with the lone exception of Biden’s gentle poke.”

“Through three rounds of debates, where others have found momentary success in lobbing broadsides at their rivals on stage, Warren has not. She has emerged as the most confident in her own agenda, and the most capable of setting the agenda to which the rest of the field responds.”

“Warren still trails Biden in most state and national polls, though many of those surveys show Biden’s advantage narrowing. Where Biden played defense, the other candidates seemed unable or unwilling to take on Warren directly.”

John Cassidy: “Biden certainly wasn’t great. But his candidacy is posited on the theory that he doesn’t have to be a great debater. At this stage, his advisers know that they are unlikely to win over many progressive activists or dominate the highly educated demographic that has gravitated to Warren. Their strategy is to shore up Biden’s support among the rest of the Democratic alliance, including moderates, minorities, and whites who didn’t complete college. To this end, they are relying on his reputation as a centrist, his ties to Obama, and the good will he has built up over the years. Despite an uneven performance on Thursday night, Biden didn’t upend this strategy.”

“Arguably, his best moment came near the end, when all the candidates were asked about the most significant professional setbacks they had faced. Biden talked movingly about overcoming the death of his first wife and daughter in a car accident, and, more recently, of losing his eldest son, Beau, to cancer, by ‘finding purpose’ and staying engaged in public life. If he had left it there, it would have been a perfectly good response. But he went on to shift the discussion beyond himself. ‘There’s a lot of people been through a lot worse than I have, who get up every single morning, put their feet one foot in front of another, without the help I had,’ he said. ‘There are real heroes out there. Some real heroes.’ Earlier this week, my colleague Benjamin Wallace-Wells asked if Biden could remind Democrats what they liked about him. At least in this moment, he did.”

Ocasio-Cortez and Markey have worked together as the primary sponsors of the Green New Deal, the signature legislative issue for both lawmakers.

The New York Times and CNN will co-host the next Democratic debate near Columbus, Ohio, on Oct. 15, with the possibility of a second round one night later depending on how many candidates meet the qualifying criteria, the New York Times reports.

“More than two years into Mr. Trump’s presidency, employment growth and other measures of economic robustness in these politically important counties have lagged behind the national trend,” a Wall Street Journalanalysis shows.

“And yet, Mr. Trump’s job-approval rating in the blue-collar counties has risen since he took office, polling shows. Together, the data suggest that even growth below the national rate could be enough to satisfy many voters that Mr. Trump has fulfilled his promises.”

“House Republicans sparred behind closed doors with Trump-aligned political operatives at a GOP retreat over the new online fundraising platform backed by party leaders and the White House,” Politico reports.

“The creation of WinRed was a top priority for the GOP that has been plagued with implementation problems over the last year. If the initiative isn’t a success, Republicans fear their chances of taking back the House and holding on to the White House in 2020 will be imperiled.”

“Since launching, WinRed has come under fire from critics who have questioned who stands to profit from the donations it gathers.”