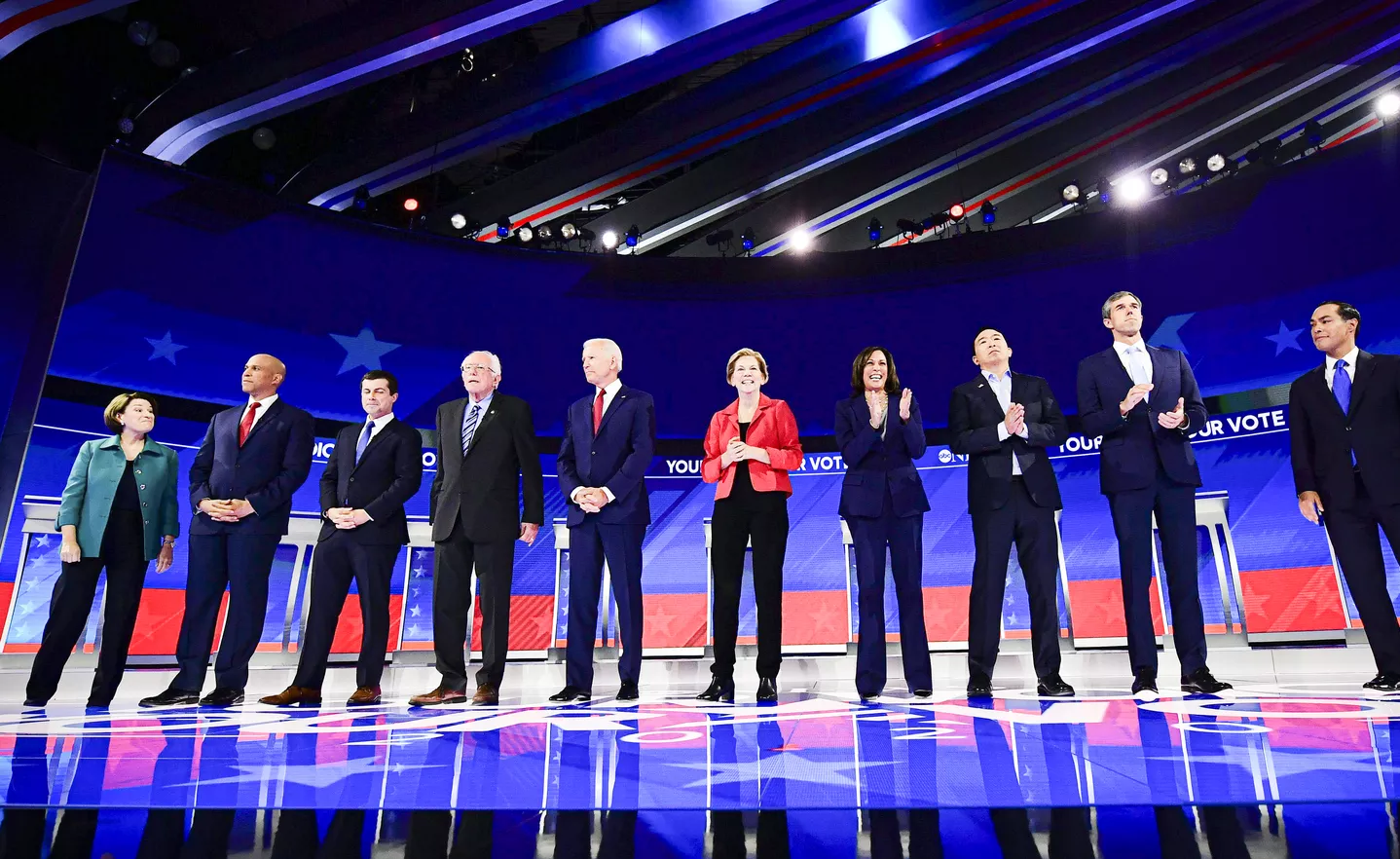 Three hours of a debate is wayyy too long. Joe Biden can attest to that. Biden had his best debate performance so far, relatively speaking. He was sharp and passionate in the first hour or so. He was on the offensive. I thought he handled the healthcare debate well enough, and if that dynamic of the first 45 minutes of the debate (Biden v. Warren/Sanders) holds, with Biden advancing Obamacare Public Option v. Medicare for All, Biden is going to win that debate and the primary.

He was attacked unfairly and rudely by Julian Castro, who decided to end his campaign much like Chris Christie did in 2016, by going on a Kamikaze mission to take out another candidate for the benefit of all. Christie kneecapped Rubio but destroyed his own campaign in the process. Castro did the same thing, attacking Joe’s age with a “Are you forgetting” question that got loud boos from the crowd, which will likely be the same reaction from normal Democrats across the country, rather than those on liberal twitter. It should be pointed out that Castro was actually wrong in attack:

Was Castro forgetting, or was he just lying with a canned attack line? Seems like the latter. His campaign is over, and he will not be on any VP shortlists for any candidate. Enjoy political oblivion.

As the debate wore on, especially when asked questions, like regarding the legacy of slavery, he didn’t want to answer, Biden’s answers were all over the place and sometimes incomprehensible. I mean, Record Player? He still has problems talking about race. It is truly baffling.

But all in all, Biden did what he had to do, have a good debate when everyone was watching and protect his lead. I feel he did that. He will still be leading the polls next week.

So some more on the other candidates:

John Harris: “Biden’s previous uneven performances didn’t dislodge him atop the race, and so caution is justified in predicting bleeding wounds from this one. Even so, discursive answers on substantive issues like deportation of undocumented immigrants and Afghanistan, an oddly dated reference to a ‘record player,’ disrespectful digs and patronizing swipes from rivals, all raise the question: Can he withstand four more months of this before actual Democratic voting begins?”

Dan Balz: “Biden did not dominate from start to finish and did not make it through the evening mistake free. But on balance this was the kind of evening he needed, after two previous debates in which he drew mixed to negative reviews, and after uneven performances at Democratic gatherings and along the campaign trail.”

Vox: “The way ranked choice voting works is that candidates with fewer votes are eliminated, and then their votes are redistributed to whomever each voter designated as their next-ranked preference. For instance, a voter could rank Bernie Sanders as their first choice and Warren as their second choice — meaning that, if Sanders was eliminated, this vote would be transferred to Warren.”

The Nation: “Jorge Ramos delivered a master class in how to make a presidential debate meaningful as the Democratic contenders clashed in Houston Thursday night. The Univision anchor asked tough questions and got unexpected, revealing, and instructive answers from presidential candidates whom he pushed beyond their comfort zones with savvy inquiries about fires in the Amazon, veganism, and socialism.”

Kyle Kondik: “While Biden’s lead is built on support from African Americans, hardly any black voters will participate in the first two contests: the Iowa caucus on Feb. 3 (the day after the Super Bowl) and the New Hampshire primary on Feb. 11. According to the 2016 exit polls, the Democratic electorates in both states were over 90% white.”

“The opportunity that these two overwhelmingly white electorates present to the other candidates is obvious, based on the current demographic bases of support for Biden and his two current leading rivals, Bernie Sanders and Elizabeth Warren.”

The poll also found Trump’s approval rating underwater in each of the states.

“Andrew Yang will announce during Thursday night’s debate that his campaign will randomly select 10 families and give them a total of $120,000 over the next year as part of a pilot program for his universal basic income plan,” Politico reports.

“Yang will announce the online raffle in his opening statement, and people will be able to enter during the next week, according to a person with knowledge of the plans. The money will be distributed to 10 families in increments of $1,000 per month as a way of highlighting Yang’s signature campaign promise, the implementation of a universal basic income.”

Sen. Mitt Romney (R-UT) told CNN that he’s planning to withhold his endorsement in the 2020 race both in the primary and in the general election, underscoring the uneasy relationship between the GOP’s 2012 presidential nominee and the leader of his party.

Three of the top four candidates who were running before Hickenlooper entered the race have now dropped out.

“Democrats say they are mounting a major push across battleground states to court suburban voters — a key voting demographic that was once the bedrock of the GOP but has been shifting away from the party in the era of President Trump,” ABC News reports.

“The effort, which will target areas that will likely define the 2020 presidential contest, kicks off on Thursday with a roundtable event, hosted by Democratic National Committee Chair Tom Perez, alongside local Texas residents in the suburbs of Harris County.”

He said that while he had confidence his colleague Sen. John Cornyn and President Trump would win the state, both will face a “serious race.”

Said Cruz: “I think the Texas election in 2018 is powerful foreshadowing for what to expect across the country in 2020. The Democrats in Texas increased their turnout more than 100 percent.”

Washington Post: “If we combine the two most enthusiastic categories in CNN’s polling (those who say they’re extremely enthusiastic and those who identify as very enthusiastic), we see that combined enthusiasm has been at or above 70 percent in every poll CNN has conducted this cycle.”

“Only once before has that measure of enthusiasm been at 70 percent: Two weeks before the 2004 election, 70 percent of voters were at least very enthusiastic about voting in it.”

“And that’s the low so far this year.”

Politico: “Interviews with more than 50 top officials in the Obama White House and Treasury Department, members of Warren’s inner circle at the time and Warren herself, reveal a far more combative relationship between her and the administration than she discusses on the campaign trail. Tensions between Warren and Obama were palpable to White House aides, even as she reserved her real fury for Geithner and White House National Economic Council Director Larry Summers, whom she regarded as predisposed toward big banks over families struggling to save their homes.”

“The acrimonious differences between Warren and her allies and members of the Obama team led in part to her decision, with prodding from Obama, to leave the administration to run for the Senate rather than continue pursuing the leadership of the CFPB. But they never fully abated and now represent dueling approaches to Democratic economic policymaking, presenting the possibility that the next Democratic president will have ascended to the height of Democratic Party politics in part by bashing the previous one.”