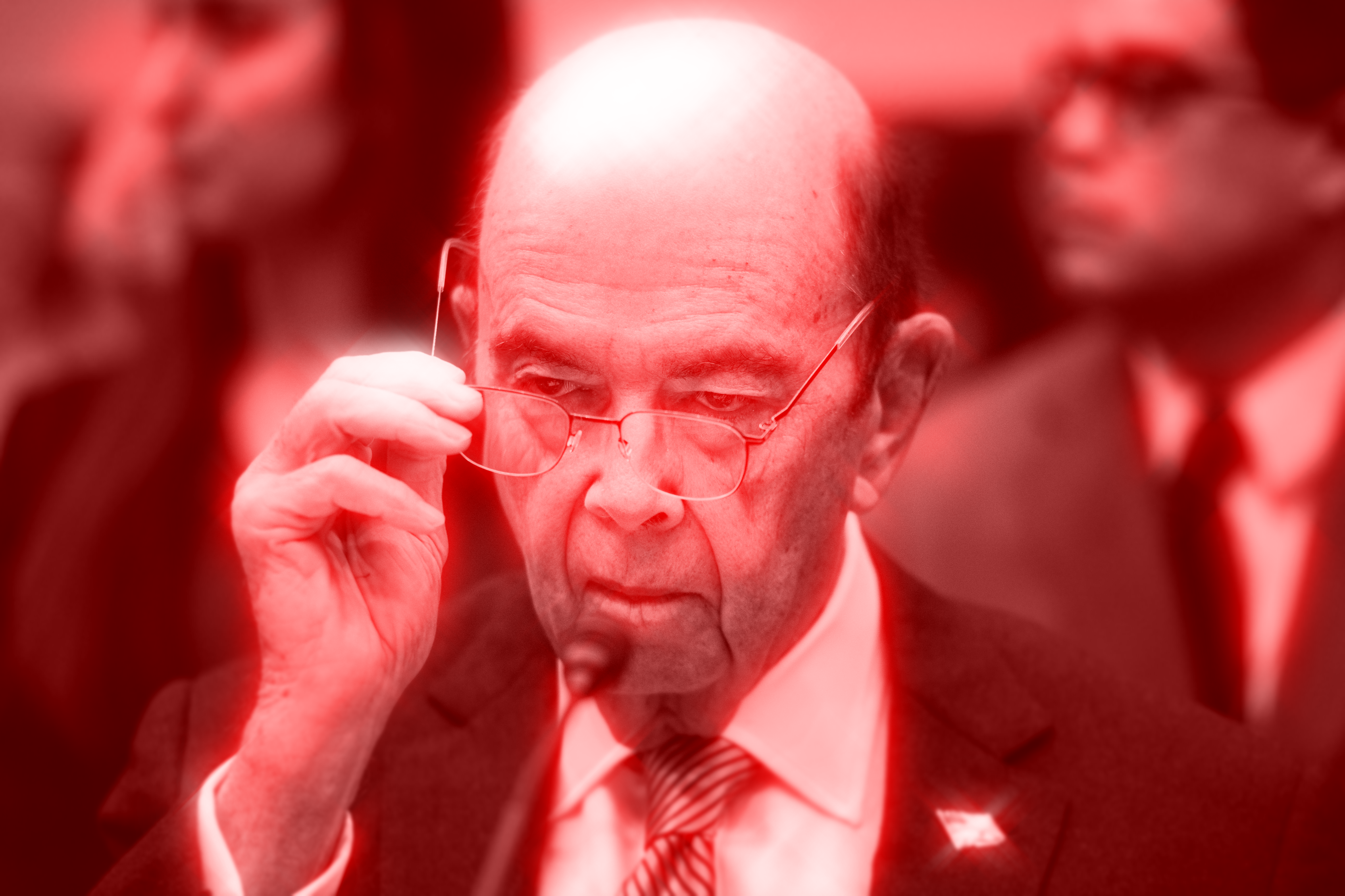 “The Secretary of Commerce threatened to fire top employees at NOAA on Friday after the agency’s Birmingham office contradicted President Trump’s claim that Hurricane Dorian might hit Alabama,” the New York Times reports.

“That threat led to an unusual, unsigned statement later that Friday by the National Oceanic and Atmospheric Administration disavowing the office’s own position that Alabama was not at risk. The reversal caused widespread anger within the agency and drew criticism from the scientific community that NOAA, a division of the Commerce Department, had been bent to political purposes.”

“The National Oceanic and Atmospheric Administration’s acting chief scientist said in an email to colleagues Sunday that he is investigating whether the agency’s response to President Trump’s Hurricane Dorian tweets constituted a violation of NOAA policies and ethics,” the Washington Post reports.

“In an email to NOAA staff that was obtained by The Washington Post, the official, Craig McLean, called the agency’s response ‘political’ and a ‘danger to public health and safety.’”

Politico: “At Liberty University, all anyone can talk about is Jerry Falwell Jr. Just not in public.” Said on trusted Falwell adviser: “When he does stupid stuff, people will mention it to others they consider confidants and not keep it totally secret. But they won’t rat him out.”

“Based on scores of new interviews and documents obtained for this article, concerns about Falwell’s behavior go well beyond that—and it’s causing longtime, loyal Liberty University officials to rapidly lose faith in him.”

“The U.S. Air Force has ordered a world-wide review of how it chooses overnight accommodations on long flights following revelations that air crews had occasionally stayed at President Trump’s Scotland resort while refueling at a small commercial airport nearby,” Politico reports.

“The review comes as news outlets including Politico uncover additional instances of military personnel staying at Trump properties. And the C-17 crew’s overnight stay at Trump’s Turnberry resort in Scotland earlier this year, first reported by Politico on Friday, was was not an isolated incident.”

McKay Coppins: “The president and his children—who declined to be interviewed for this story—have labored to project an image of unity. But over the past several months, I spoke with dozens of people close to the Trumps, including friends, former employees, White House officials, and campaign aides. The succession battle they described is marked by old grievances, petty rivalries—and deceptively high stakes… That Donald Trump had chosen Ivanka to feature so prominently at his campaign kickoff seemed natural. He’d been grooming her for years to take over the family empire. She was the golden child—beautiful, telegenic, and in possession of that most important family trait: a compulsive image-consciousness.”

“Yet when Don offered to help his father’s campaign, many of the tasks he received had a whiff of condescension. Trump had always been embarrassed by his son’s hunting… But now that the candidate was wooing rural Republicans, he was happy to let Don put on that goofy orange vest and shoot at stuff for the cameras.” According to a former aide, Trump said to Don: “You can finally do something for me.”

Reuters: “Samples taken by the U.N. nuclear watchdog at what Israel’s prime minister called a ‘secret atomic warehouse’ in Tehran showed traces of uranium that Iran has yet to explain.”

“The International Atomic Energy Agency (IAEA) is investigating the particles’ origin and has asked Iran to explain the traces. But Tehran has not done so, according to the diplomats, stoking tensions between Washington and Tehran.”

President Trump called on House Republicans to let committee chairs stay in their positions for longer than the allotted six years, The Hill reports. Said Trump: “It forces great people, and real leaders, to leave after serving. The Dems have unlimited terms. While that has its own problems, it is a better way to go.” Trump added that changing the rule will mean that “fewer people, in the end, will leave!”

“In a previously undisclosed secret mission in 2017, the United States successfully extracted from Russia one of its highest-level covert sources inside the Russian government,” multiple Trump administration officials with direct knowledge told CNN.

“A person directly involved in the discussions said that the removal of the Russian was driven, in part, by concerns that President Trump and his administration repeatedly mishandled classified intelligence and could contribute to exposing the covert source as a spy.”

“The decision to carry out the extraction occurred soon after a May 2017 meeting in the Oval Office in which Trump discussed highly classified intelligence with Russian Foreign Minister Sergey Lavrov and then-Russian Ambassador to the US Sergey Kislyak.”

“Treasury Secretary Steven Mnuchin said Monday that the Trump administration would consider proposing a package of tax cuts in 2020, trumpeting the strength of the U.S. economy despite the ominous financial indicators of recent weeks,” Politico reports.

“I think there’s no question the U.S. economy is in very good shape. As we look around the world, there’s no question that China is slowing, Europe is slowing — the U.S. is the bright spot of the world. And regards to a middle class tax cut, you know, we’ll be looking at tax cuts 2.0, something that will be something we’ll consider next year. But right now, the economy is in very, very good shape.”

Jonathan Chait: “Donald Trump came to the presidency a complete novice to government and often found his corrupt, authoritarian impulses frustrated by its bureaucracy. But he is slowly learning how to control the machine that has stymied him. This is the story of 2019, as Trump has replaced institutionalists attempting to curtail his grossest instincts with loyalists happy to indulge them. It is playing out across multiple dimensions. This is the through-line between several seemingly disconnected episodes from the last several days.”

“Advocates of the bill had wanted New Hampshire to join 28 other states and the District of Columbia, which allow voters to obtain an absentee ballot without having to give a reason for why they can’t make it to the polls.”

On the British Parliament’s last night before beginning a month-long suspension, Prime Minister Boris Johnson failed for the 2nd time to earn the two-thirds majority necessary to call a snap general election, The Guardian reports.

“President Trump on Monday claimed he plans on releasing an ‘extremely complete’ report of his financial record, but he offered no specifics and a murky timeline,” Politico reports.

“Speaking to reporters as he departed the White House, Trump suggested that the promised release would dispel the notion that his real estate empire is in need of the taxpayer money and business driven there throughout his presidency.”

Daily Beast: “Disgraced political pundit Mark Halperin was very unhappy when MSNBC brass nixed his attempt to repair his career through a possible collaboration with the stars of Morning Joe. So he picked up the phone and called network chief Phil Griffin. It did not go well.”

“Multiple sources tell The Daily Beast that the conversation earlier this year became acrimonious, with Halperin dishing up vague threats against his former boss. MSNBC declined to comment on the episode. But MSNBC insiders said Griffin was furious about the conversation and wouldn’t likely take Halperin’s calls in the future.”

The Atlantic: “That reaction, or lack thereof, underscores a growing understanding among Fox News executives, the staffers and those with ties to the network said: When it comes to their relationship with the president, the executives have the leverage. It is perhaps a singular dynamic—a private entity comfortable in the knowledge that the leader of the free world needs its favor more than it needs his.”

“Much of this stems from the network’s peerlessness in the world of right-wing programming. Fox speaks directly to Trump’s base, a core constituency that the president must keep intact if he is to win reelection. And while other outlets may be somewhat more reliably pro-Trump, such as the cable channels One America News Network and Newsmax, none comes close to matching Fox’s massive reach.”