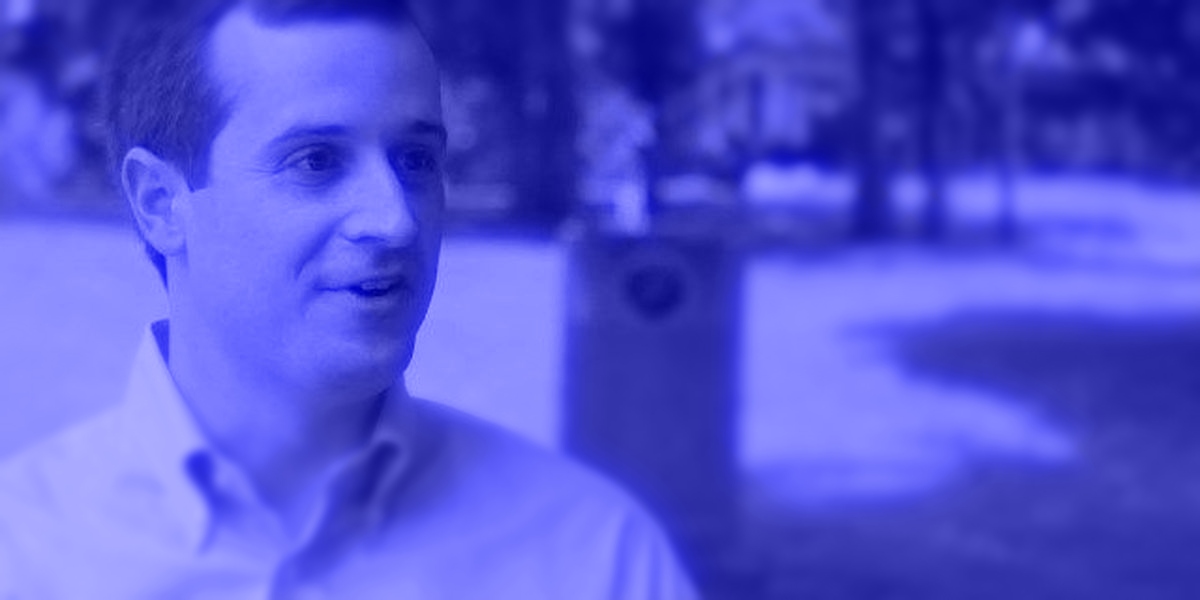 Associated Press: “President Trump’s rally in North Carolina will serve as a measure of his clout in trying to elect a Republican to the House in a closely watched special election that’s seen as a tossup race.”

“It will be his first campaign rally since a tough end of summer that saw slipping poll numbers, warning signs of an economic slowdown and a running battle over hurricane forecasts. Trump will visit the state Monday night on the eve of the House election. He enjoys wide popularity within his own party, but a GOP defeat in a red-leaning state could, when combined with a wave of recent bad headlines, portend trouble for his reelection campaign.”

Politico: “The last, lingering piece of the 2018 election is about to preview the fundamental dynamic shaping the fight for the White House in 2020.”

Politico: “He continues to outdistance the rest of the Democratic primary field in most polls. And his head-to-head numbers against President Trump are stronger than anyone else’s. “No one should be surprised next year if Joe Biden becomes the nominee. What is surprising is how many people expect his campaign to implode any day.”

“It is a sensation underpinning the entire primary, evident not only in the vulturous calculations of Biden’s competitors, but also within his own orbit of supporters — a feeling that the frontrunner may be made of porcelain, one direct hit short of falling apart.”

Said Plame: “I come from Ukrainian Jewish immigrants. My dad was in the Air Force, my brother almost died in Vietnam. My service was cut short when my own government betrayed me.”

“The DNC research team has mined thousands of lawsuits from nearly 50 states as part of a massive new trove on President Trump that will be weaponized through pols and reporters in key battlegrounds,” Axios reports. “This new plan shows what Democrats think Trump’s biggest vulnerabilities will be. And unlike in 2016, Trump now has a policy record.”

“The research includes roughly 7,000 lawsuits, as well an extensive document detailing every time then-candidate Trump told supporters at his 2016 campaign rallies that Mexico would pay for the wall.” “A source familiar said this document will likely find its way to local reporters, groups and Democrats in battleground states as Trump diverts funds from the military to pay for his border wall.”

Politico: “A briefing memo accidentally left behind at a restaurant here showed Kamala Harris’ staff expected her to be grilled on her lack of presence in the state as well as her campaign’s ‘summer slump.’”

“The document… detailed intricacies of her campaign’s relationships with Granite Staters she was set to meet last weekend — from how much her campaign has donated to local politicians to advice she received from a local TV reporter.”

“Although the poll finds a continued partisan divide on more far-reaching gun-control proposals, public opinion is firmly behind Democrats’ push for action as Congress returns to Washington on Monday. More Americans say they trust congressional Democrats over Trump to handle the nation’s gun laws, 51 percent to 36 percent, with independents siding with Democrats by a 17-point margin — a divide that could have political ramifications for the 2020 presidential and congressional elections.”

New York Times: “The open secret of Ms. Warren’s campaign is that her big-money fund-raising through 2018 helped lay the foundation for her anti-big-money run for the presidency. Last winter and spring, she transferred $10.4 million in leftover funds from her 2018 Senate campaign to underwrite her 2020 run, a portion of which was raised from the same donor class she is now running against.”

“As Ms. Warren has risen in the polls on her populist and anti-corruption message, some donors and, privately, opponents are chafing at her campaign’s purity claims of being “100 percent grass-roots funded.” Several donors now hosting events for her rivals organized fund-raisers for her last year.”

Joe Biden’s campaign told the Washington Post that the former Vice President misspoke by saying that he declared his opposition to the Iraq war immediately. Said adviser Antony Blinken: “He opposed the way we went to war and the way the war was being carried out. He has for many years called his vote a mistake and takes full responsibility for it.”

Philip Bump: “For months, Trump had been touting a 93% approval rating from Republicans. The first iteration of that figure that we found came from a straw poll conducted at the Conservative Political Action Conference, which is a bit like foxes claiming to be overwhelmingly popular after surveying people at a furry convention. It’s like asking about support for the Second Amendment at a gun show.”

“In June, though, Trump tacked on a percentage point. He first claimed to have 94% support from Republicans during a news conference with then-British Prime Minister Theresa May. Our fact-checkers looked into it, determining that there was no public poll showing anything of the sort. If it was an internal campaign poll, it hasn’t been made public (our fact-checkers asked). Since then, though, 94% has supplanted 93% in Trump’s rhetoric, with his touting this purported number over and over and over again.”

“Trump appears to simply be making the figure up. Perhaps there is internal polling showing Trump with substantially higher approval than public polls, a function of who they’re asking and how they’re asking it. But Trump doesn’t even say that; he just throws out this number as though it’s real.”

“Joe Biden is flooding Iowa with more organizers than any of his rivals. He’s spending big on TV ads highlighting his personal tragedies. And he’s wooing former supporters of Bernie Sanders to tout his progressive bonafides,” McClatchy reports.

“Five months out from the start the 2020 Democratic primaries, the former vice president is attempting to lock down his softest support in the early voting states as quickly as possible as he braces for a fluid fall campaign. Biden’s consistently led in most polls, but his campaign is already tamping down expectations in Iowa and New Hampshire as local Democrats warn that he is falling behind other candidates in organizing.”

President Trump dismissed his trio of challengers for the Republican presidential nomination as “a laughingstock,” and defended the decisions by GOP leaders in a handful of states to scrap their 2020 primaries and caucuses, Politico reports.

“President Trump now has three GOP primary challengers, but they won’t be given a chance to compete in at least four states after Republicans there decided to scrap their presidential nominating contests in favor of supporting Trump,” NBC News reports.

“The Republican parties of Nevada and South Carolina, both crucial early nominating states, voted this weekend not to hold contests, as did Kansas and Arizona.”

“But few people in the business have ever heard of Kris Robinson, the owner of Northwest Digital, a web design and internet marketing firm working for Gabbard’s campaign. His company address is a PO box here in Stehekin, a remote village in the Northern Cascades mountains that’s famous for its isolation.”