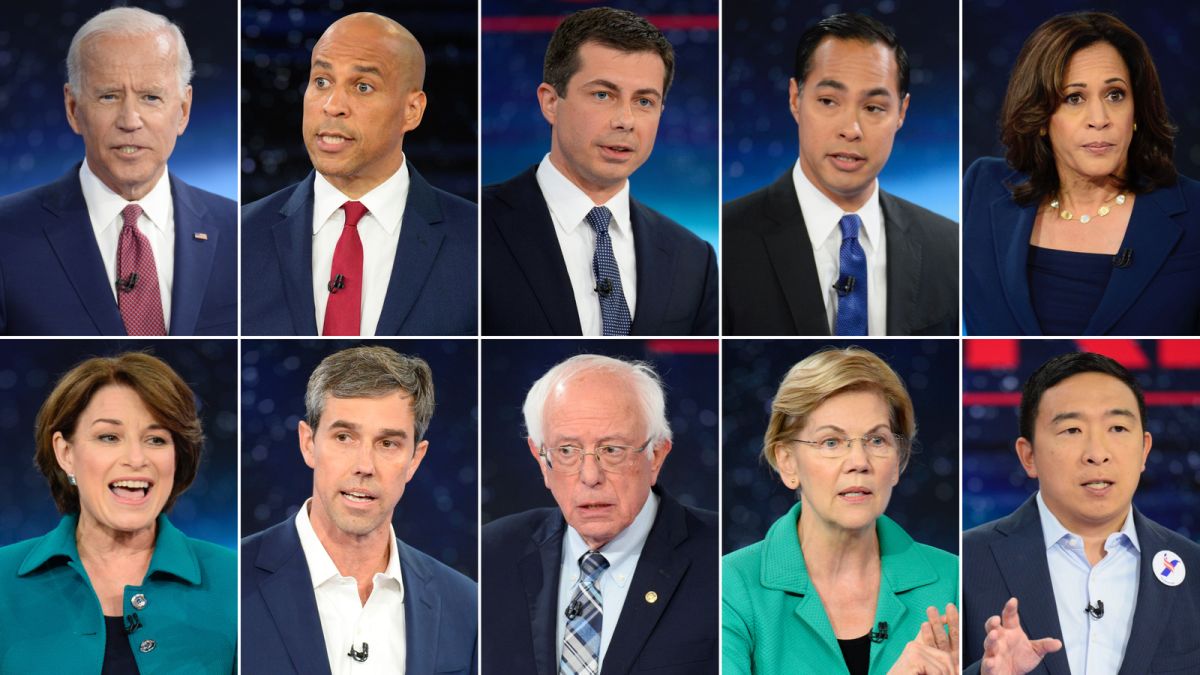 “President Trump heads into the closing months of the year before he faces re-election without a clear policy agenda and with an uphill path to achieving any major new accomplishments before he faces voters,” the New York Times reports.

“Over a summer dominated by his personal attacks on Democratic lawmakers, the news media and his trade showdown with China, Mr. Trump spent little time clarifying his positions on several important agenda items that could bolster his record.”

“And as official Washington returns to work, it is unclear whether Mr. Trump intends to focus his time and attention on his policy goals, or whether he will step into a full-bore campaign mode, escalating attacks on his political rivals and spurning traditional governance.”

“But his rationale for steering clear of the race has less to do with his feelings about the candidates than it does with his commitment to maintaining a good working relationship with whomever wins in November 2020.”

“Bernie Sanders slipped into a bit of a Larry David moment on the campaign trail Tuesday, grumbling at a squealing baby to pipe down,” the New York Daily News reports.

Said Sanders, in a moment caught on video: “If we could keep that down a little bit.”

New York City Mayor Bill de Blasio said it would be “tough to conceive” continuing his presidential campaign if he doesn’t qualify for the Democratic debate in October, the New York Times reports.

Said De Blasio: “I think the logical thing to say is I’m going to go and try and make the October debates and if I can, that’s a good reason to keep going forward, and if I can’t, I think it’s really tough to conceive of continuing.”

“Virginia Democrats are betting health care will help them take control of the state legislature in November, following their rout of Republicans two years ago that nearly eliminated the GOP’s hold on the Virginia statehouse” Politico reports.

“In recent weeks, Watkins has faced a whisper campaign seeking to discredit him. Unsubstantiated rumors involving his personal life have circulated within Republican circles — including that he would soon resign. Watkins has batted away the allegations.”

Larry Sabato’s Crystal Ball: “It is rare for us to leave any race as a Toss-up immediately before an election, but we reserve the right to do it for special elections. Such races have unpredictable rates of turnout and can hinge on unusual circumstances.”

“While we’ve thought the Republicans were better positioned to win the NC-9 do-over special election — and that may end up being the case — the latest data, and the latest circumstances, suggest that the race is close enough that we should make it a Toss-up with less than a week to go until Tuesday’s election.”

Politico: “Democrats were caught napping before the last round of redistricting in 2010 — and it cost them control of Congress for nearly a decade. Now Republicans are warning the same thing could happen to them.”

“Senior Republicans concede they’re at risk of losing dozens of state-level elections that will determine who wields power over the post-2020 congressional map — and potentially which party controls the chamber for the following 10 years. While Republicans are establishing a massive national infrastructure devoted to reelecting President Donald Trump and winning congressional majorities, party officials say the state legislative races are being overlooked.”

You should be concerned, Republicans. Very concerned. And we Democrats don’t have to gerrymander maps for them to favor us. We just need to do a fair map and we will win. The only way you guys can win is to cheat. We will eliminate the cheating.

Politico: “If the Democratic race has effectively narrowed to three top candidates and everyone else, elected officials here haven’t gotten the message: Some 95 percent of them, from members of the statehouse down to town party chairmen, have yet to pick a horse.”

“Democratic presidential hopefuls are waging a fierce behind-the-scenes battle to get them off the sidelines — amid a prevailing sense that the first-in-the-nation primary is up for grabs. The jockeying is set to rev into overdrive starting Thursday through this weekend, when the entire Democratic field will descend on Manchester for the party’s annual convention.”

Rep. Jim Sensenbrenner (R-WI) announced he will not seek reelection, The Hill reports.

Milwaukee Journal Sentinel: “The 76-year-old congressman has long represented the GOP’s geographic base in Wisconsin — the suburban, exurban and rural communities north and west of Milwaukee County that historically turn out in droves for Republican candidates and provide a large share of the party’s activists and political leaders.”