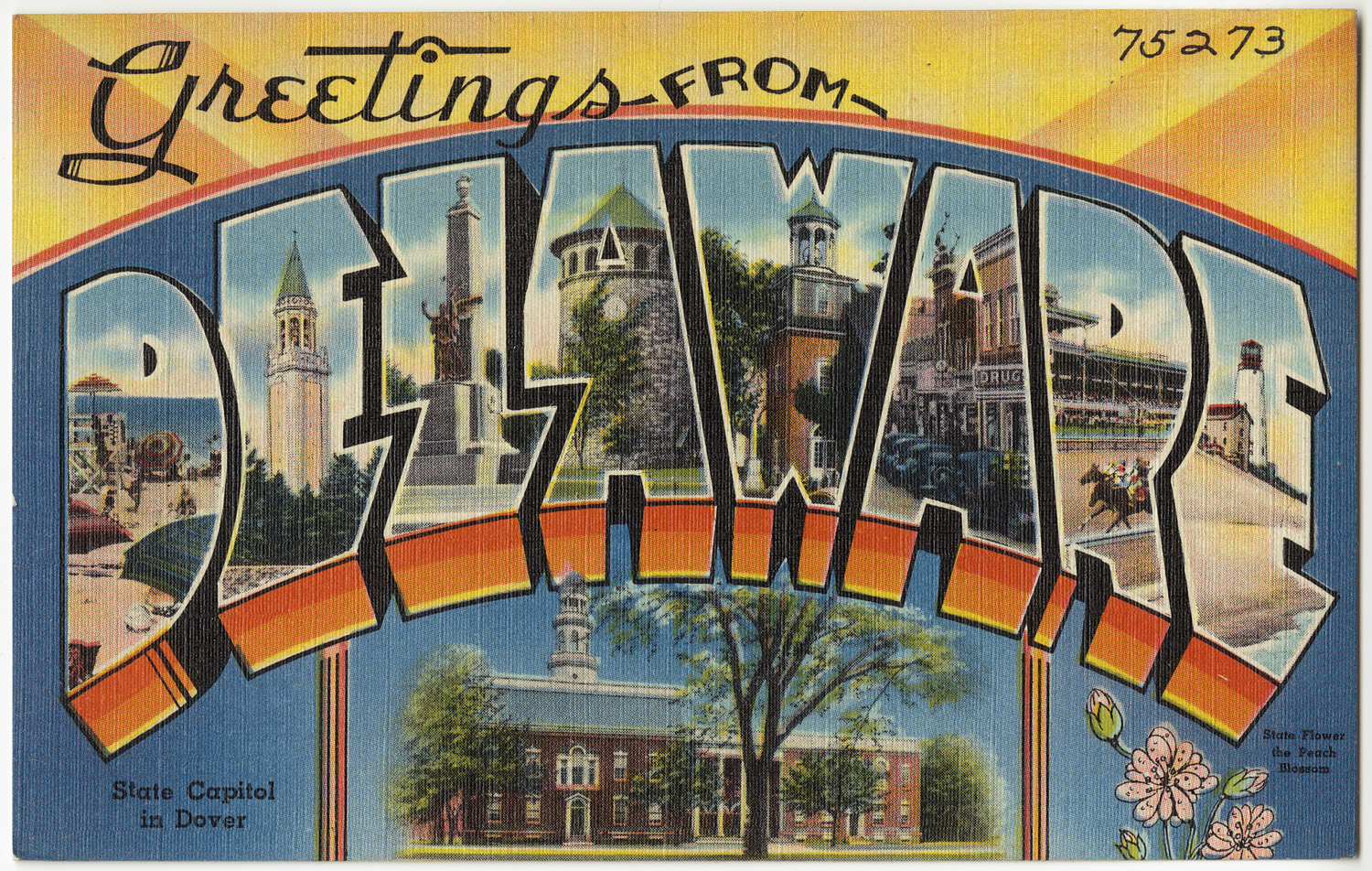 NBC News: “This week the 2020 Senate landscape grew a bit more interesting as Georgia’s Johnny Isakson announced he was resigning at the end of the year. That put another Republican-held seat on the battleground list — the second one in Georgia — and added more evidence that control for the upper chamber of Congress is very much in play.”

“The Senate campaign map that is coming into view is looking more and more like a “good news,” but not “great news” situation for Democrats. The party needs to net only four seats to get to a 51-49 majority in the Senate and the list of seats that Republicans need to defend is growing — but there are not a lot of easy marks.”

“In essence, the Democrats’ path to recapturing the Senate seems to be growing clearer, but it’s not necessarily growing easier.”

Max Boot: “When asked earlier this month whether he could support Sens. Bernie Sanders or Elizabeth Warren if one became the Democratic presidential nominee, former New York mayor Michael Bloomberg was noncommittal. I have the utmost respect for Bloomberg, whose fiscally conservative and socially liberal views closely mirror my own, but I will vote for any Democratic nominee, even Warren or Sanders, despite my profound disagreement with their far-left agendas.”

“If I needed any further confirmation, it came during the second half of August. This was by no means the worst period of the Trump presidency, but it nevertheless offers a snapshot of why President Trump cannot under any circumstances be reelected.”

“In his first television interview about his resignation, former Secretary of Defense James Mattis explained that he reached his breaking point with the Trump administration after the President decided to withdraw US troops from war-torn Syria,” CNN reports.

“The retired four-star Marine Corps general said that he had intended to serve the full four years, but resigned when he determined his views were not ‘aligned’ with President Trump’s.”

“He said he has not spoken to Trump since he resigned.”

New York Times: “Despite the efforts of pro-impeachment activist groups to transform August into a Tea Party-style series of grass-roots revolts that might force Democrats of all stripes to throw their support behind impeachment, the groundswell has yet to reach this politically crucial group of lawmakers in Republican-leaning districts. Instead, they are staying cautious and, in some cases, even trying to avoid mentioning the word, and many of their constituents — even impeachment supporters — appear willing, at least for now, to tolerate that reluctance.”

Washington Post: “Outside of a tiny circle of insiders, no one knows who wrote the instantly viral op-ed column about President Trump that appeared in the New York Times last Sept. 5. Despite an informal White House investigation, plenty of outside sleuthing and a whole internet’s worth of guessing, his or her identity remains unknown.”

“History suggests this cannot last. Others who started out as anonymous in high-profile cases have eventually been revealed.”

President Trump said that a mass shooting that took place a day earlier in Texas “really hasn’t changed anything” about how lawmakers are approaching gun control legislation, NBC News reports.

Said Trump: “We are in the process of dealing with Democrats and Republicans, and there’s a big package of things that’s going to be put before them by a lot of different people I’ve been speaking to a lot of senators, a lot of house members, Republicans, Democrats — this really hasn’t changed anything, we’re doing a package and we’ll see how it comes about. That’s irrespective of what happened yesterday in Texas.”

He added: “Over the last five, six, or seven years, no matter how strong you need the background checks, it wouldn’t have stopped any of it.”

Rep. Alexandria Ocasio-Cortez (D-NY) called out participants in Boston’s “Straight Pride Parade,” saying it should have been called the “I-Struggle-With-Masculinity” parade, The Hill reports.

Said Ocasio-Cortez: “For men who are allegedly so ‘proud’ of being straight, they seem to show real incompetence at attracting women to their event.”

ABC News: “While other candidates frequently take photos with voters — with Sanders recently making a point to take ‘selfies with anyone who wants them’ at events where his schedule allows — Warren, without fail, has stayed until the end of the photo line after each of her events. As one senior campaign official noted, the process demands its own set of logistics: venues have to be booked out longer to account for the lines, certain staffers are known to be able to skillfully move the line along faster than others and there are concerns about how to best avoid germs given they touch so many strangers’ cell phones.”

“Asked whether increasing crowd sizes might force changes to the ‘selfie line’ strategy, a spokesperson for the Warren campaign declined to comment.”

“For now, the candidate is staying committed to the time-consuming process, which she’s told her staff and reporters that she finds ‘energizing.’”

E.J. Dionne: “The assumptions underlying a controversy are often more important than the controversy itself.”

“Take the case of our blithe acceptance of the electoral college. There is nothing normal or democratic about choosing our president through a system that makes it ever more likely that the candidate who garners fewer votes will nonetheless assume power. For a country that has long claimed to model democracy to the world, this is both wrong and weird.”

“And there is also nothing neutral or random about how our system works. The Electoral College tilts outcomes toward white voters, conservative voters, and certain regions of the country. People outside these groups and places are supposed to sit back and accept their relative disenfranchisement. There is no reason they should, and at some point, they won’t. This will lead to a meltdown.”

“Look for ads, speeches and sustained attacks on Facebook and Twitter in particular, the sources say. The irony: The social platforms are created and staffed largely by liberals — but often used most effectively in politics by conservatives, the data shows.”

USA Today: “A bulk of gun law changes took effect in Texas on Sunday, loosening restrictions just one day after a mass shooting near Odessa and Midland left at least 5 people dead. The laws open more opportunities for Texans to have firearms and store ammunition in public places.”

“From churches to public schools to foster homes, the laws also loosen restrictions on where a firearm is permitted. The laws were already set to take effect Sept. 1 but come just one day after a routine traffic stop on Interstate 20 triggered a deadly shooting rampage.”

President Trump said that he’s “not sure that he’s ever even heard of a Category 5” hurricane, despite four such storms having threatened the U.S. since he took office, CNN reports.

Said Trump: “We don’t even know what’s coming at us. All we know is it’s possibly the biggest. I have — I’m not sure that I’ve ever even heard of a Category 5. I knew it existed. And I’ve seen some Category 4’s — you don’t even see them that much.”

Politico: “A potentially bitter conflict is brewing among Republicans in New York’s reddest congressional district, where incumbent Republican Rep. Chris Collins’ indictment on insider trading charges and pending trial on corruption charges has the party worried about what ought to be a shoo-in victory next year.”

“With his case awaiting trial, a cohort of Republican Party operatives fear there will be no miracle victory next year like Collins pulled off shortly after being charged in 2018. In hopes of retaining the seat and seeing an opening, three Republicans already have announced plans to run regardless of the four-term incumbent’s political future in New York’s 27th district, and more may be on the way.”

In his upcoming memoir, newly appointed Smithsonian Secretary Lonnie Bunch describes the private tour he gave President Trump of the National Museum of African American History and Culture, recalling that Trump’s reaction to the Dutch role in the global slave trade was, “You know, they love me in the Netherlands,” the Washington Post reports.

Before the president-elect arrived, his aides told Bunch that Trump “was in a foul mood” and did not want to see anything “difficult.”

Nevertheless, Bunch writes he started the tour in the history galleries, which begin with the global slave trade: “It was not my job to make the rough edges of history smooth, even for the president.”

Jack Shafer: “Not for nothing was Donald Trump inducted into the WWE wrestling hall of fame in 2013. The man knows how to stage a fake fight—like his current brawl with the Fox News Channel. On Wednesday, he mounted a three-tweet attack on Rupert Murdoch’s channel. He savaged it for covering the Democrats, for hiring Democratic strategist Donna Brazile, for keeping Juan Williams and Shep Smith on the payroll, and he invited its viewers to stop watching his once-favorite channel…”

“Trump’s faux-fight with Fox is designed 1) to add drama and excitement to where there is none; 2) make him the primary focus of events; and 3) temporarily complicate the storyline so viewers keep watching. Fox benefits from Trump’s periodic attacks (remember when he boycotted one of Fox’s 2016 presidential debates because it wouldn’t dump Megyn Kelly from the broadcast). They make the channel look like it’s standing up to the president, and Fox ends up looking more independent and credible.”