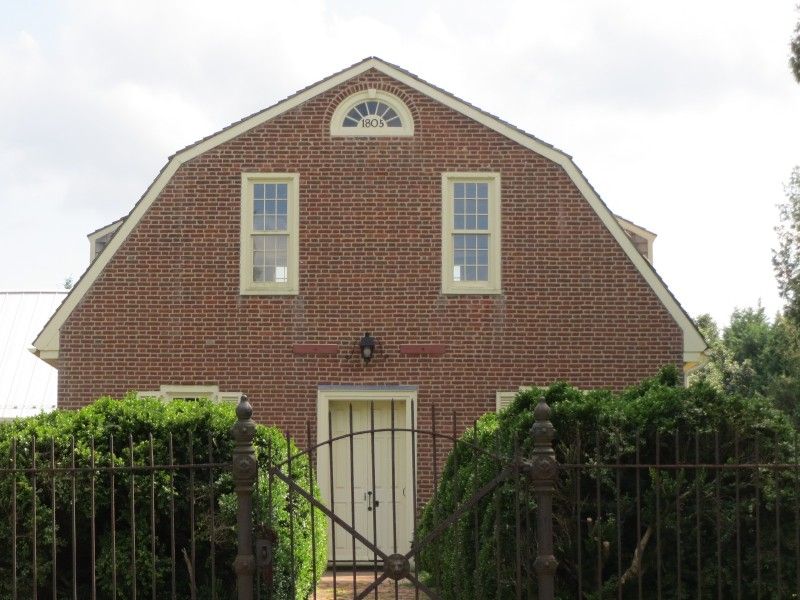 The Camden Friends Meeting House, on Camden-Wyoming Avenue in Camden. The Quaker meetinghouse was built in 1805. The gambrel roof allowed for a school to be housed upstairs, which is still furnished despite not being used by students since 1882. An unusual element of the meetinghouse is that the customary separate entrances are not side by side, but on opposite ends of the building. Photo by xzmattzx.