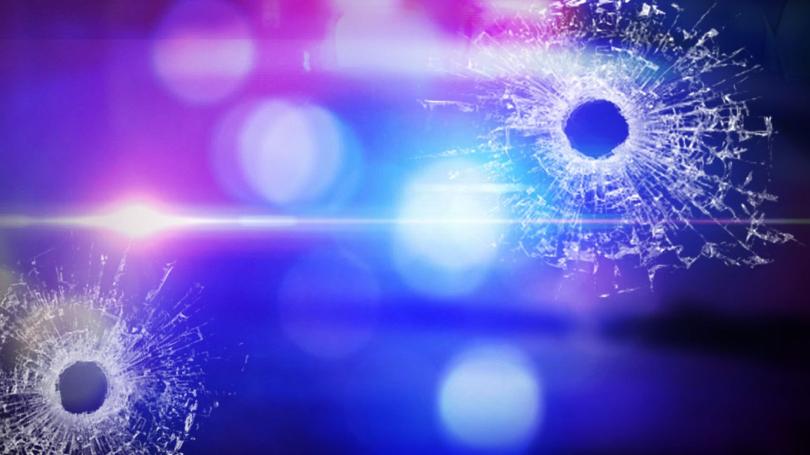 Washington Post: “Five people were killed and another 21 were injured in the West Texas cities of Odessa and Midland after a gunman fled a traffic stop, hijacked a mail truck and opened fire indiscriminately on officers and civilians as he sped down Interstate 20 and Highway 191, police said.

Odessa Police Chief Michael Gerke said that the shooter — a white man in his 30s — fled a police traffic stop before hijacking a U.S. Postal Service truck and shooting randomly at drivers and pedestrians.

The spree ended when the gunman was shot and killed by police at the Cinergy movie theater in Odessa.

At least three police officers were among the wounded, Gerke said, and it remains unclear if the shooter had any political motive.”

“The Elizabeth Warren honeymoon may be coming to an end. Warren’s weak fundraising and Native American controversy out of the gate gave her the look of a second-rate candidate, and her rivals have treated her as such, even as she’s rebounded from those early troubles,” Politico reports.

“But with the Massachusetts senator now drawing massive crowds and surging in national polls, competing campaigns are starting to refocus on Warren, looking to blunt her momentum. Democrats are already opening up new lines of attack: calling her celebrated policy proposals a ‘fraud,’ challenging her to say how she’d pay for her massive health care plan, highlighting a lack of diversity in her supporters and dropping reminders of Warren’s long span as a Republican.”

“The United States and China went ahead with their latest tariff increases on each other’s goods Sunday, potentially raising prices Americans pay for some clothes, shoes, sporting goods and other consumer items in advance of the holiday shopping season,” the AP reports.

“The 15% U.S. taxes apply to about $112 billion of Chinese imports. All told, more than two-thirds of the consumer goods the United States imports from China now face higher taxes. The administration had largely avoided hitting consumer items in its earlier rounds of tariff hikes.”

“After a pause following the mass shooting in his native El Paso, the former Texas congressman is now attempting to relaunch his campaign with a focus on gun violence, immigrant rights and the dangerous toxicity, he says, that oozes from the White House. It may be his last stand.”

“O’Rourke promises to follow an unconventional path, as he did in his near-miss 2018 Senate campaign, away from the usual early-voting states and rutted tracks of his many competitors.”

Charleston Post & Courier: “Biden acknowledged the impact that a setback in the other early states could have on his odds of winning the Democratic nomination.”

Said Biden’ “Iowa can change the dynamic of a race for everybody and anybody,’ Biden said. ‘In New Hampshire, in Iowa, in Nevada, the dynamic can change.”

“But he argued that his substantial campaign operation, dozens of prominent endorsements and decades of relationships in South Carolina could preserve his frontrunner status in the Palmetto State regardless of what happens elsewhere.”

The Hill: “Polls show President Trump losing women voters by huge margins, presenting his reelection campaign with a massive hurdle to overcome as he seeks a second term in office.”

“Perhaps most alarmingly for Trump, the president is losing support from the white women who were pivotal to his electoral success in 2016.”

A new MetroNews Dominion Post West Virginia Poll finds that if Sen. Joe Manchin (D-WV) were to enter the race for governor, right now he would beat incumbent Gov. Jim Justice (R), 49% to 39% with another 12% undecided.

“Sen. Bernie Sanders plans to release a new proposal to cancel $81 billion worth of medical debt Americans are struggling to pay off, adding to a suite of ideas that would represent the largest expansion of the nation’s social safety net in decades,” the Washington Post reports.

“The proposal, which the Vermont independent teased at a town hall event here Friday — his campaign is still formulating it — would spur the federal government to negotiate and pay off all past-due medical bills in collection that have been reported to credit agencies.”

New York Times: “As Republicans assess President Trump’s uncertain re-election chances, they see maintaining control of the Senate as their last line of defense against the prospect of Democrats controlling both the House and the White House. Democrats view gaining the Senate as a way to stymie Mr. Trump should he win a second term. And they say that winning the White House only to have Sen. Mitch McConnell  remain in charge of the Senate would stifle any legislative effort to undo the effects of the Trump presidency.”

“Strategists for both parties and independent analysts currently give Republicans the edge in narrowly holding on to the Senate given the small universe of highly competitive races. But the distinct possibility of wild cards adding to an already volatile atmosphere was underscored this week by the news that Sen. Johnny Isakson will retire at the end of the year. His departure unexpectedly put another seat in play and gave Democrats a second pickup opportunity in a state they believe is trending increasingly blue.”

Harry Enten: “I went all the way back to World War II era in the Roper Center archive to see how presidents were polling at this point against their eventual challengers. I selected the worst poll for the incumbent if there was more than one poll taken in order to give Trump the most generous comparison. In years in which no polls were taken in August the year before the election (i.e. when the last poll for 2020 was conducted), I chose the poll taken closest to this point.”

“What’s clear is the vast majority of incumbents were ahead at this point in the campaign: nine of the 11 were ahead. And for the average incumbent, they led their eventual challenger by 12 points at this point.”

“Only two of 11 incumbents in past years, Jimmy Carter in 1979 and Barack Obama in 2011, were behind at this point. They were down by 4 points and 1 point respectively to their eventual challengers (Ronald Reagan and Mitt Romney).”

“Police fired round after round of tear gas as protesters took cover behind umbrellas between the local headquarters of China’s People’s Liberation Army and government HQ. Protesters also pointed lasers and threw bricks at police.”

BBC: “Hong Kong police used water cannon to fire blue-colored water at protesters who defied a police ban and marched through the city. The colored liquid is traditionally used to make it easier for police to identify protesters.”

A senior North Korean diplomat on Saturday berated Secretary of State Mike Pompeo over his comments describing North Korean behavior as “rogue” and warned that Pyongyang’s hopes for talks with Washington are fading, the AP reports.

“North Korea is extremely sensitive to outside criticism about its authoritarian leadership. It has also repeatedly expressed displeasure about a months-long stalemate in negotiations and ramped up testing of short-range ballistic missiles and rocket artillery in recent weeks in an apparent effort to build bargaining leverage.”