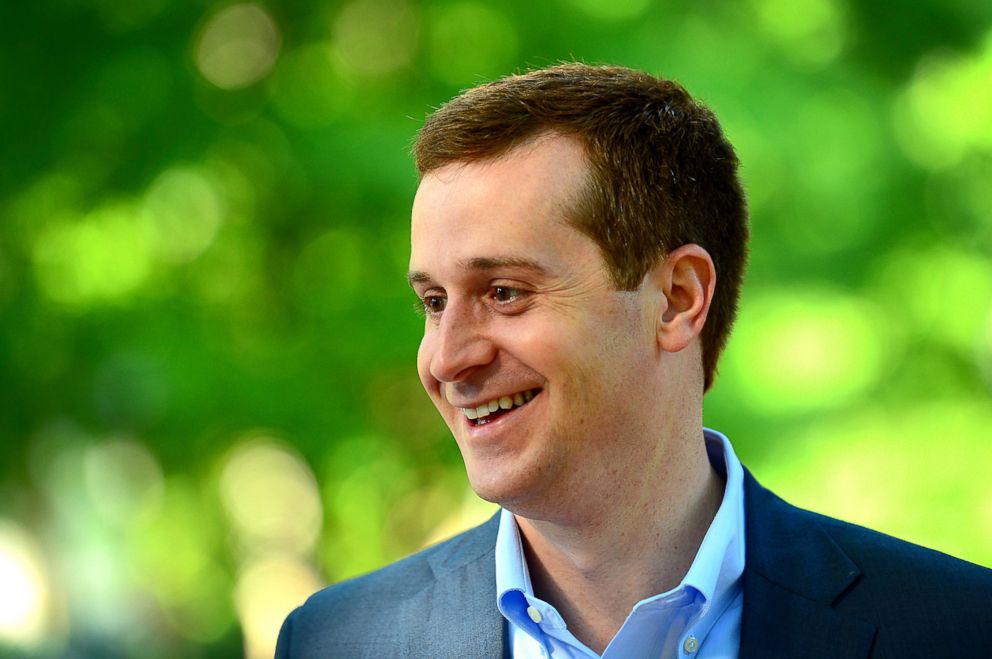 When leaners are included, McCready’s advantage extends to 49% to 44%.

Playbook: “Next month’s special election in North Carolina’s 9th congressional district is truly a squeaker. Internal Republican polling has shown GOP candidate Dan Bishop anywhere from 2 points to 4 points ahead of Democrat Dan McCready. And believe it or not, that’s an improvement, because Bishop was down big in the Charlotte-and-east-area district just a few weeks ago.”

“Democratic party internal polling has McCready up 1 point. So both parties are seeing the same thing: that this race is truly a toss-up, with all results in the margin of error.”

“Remember: This is a district President Trump won by nearly 12 points, and this race is within the margin of error 10 days before Election Day. The president is going to try to move the needle with a visit the week after next, but some Democrats are whispering the trend lines are in their direction, with the early indications favoring McCready. McCready ran in 2018 — so he has a lot of momentum, and recognition.”

Nate Cohn: “One theory holds that Mr. Trump is fundamentally like any other president. This would be good news for his chances in 2020: Many presidents have gone on to win after having approval ratings like Mr. Trump’s today, and many presidents have won after a midterm drubbing. The state of the economy could be pivotal; if it stayed strong, he would have a real chance to win. His approval rating could rise, like that of prior presidents, once voters began to assess his presidency in comparison with the alternative. His relative advantage in the Electoral College could put him over the top.”

“Another theory holds that President Trump and this polarized era are unique. In this view, Mr. Trump is deeply unpopular, and opinions of his presidency are entrenched. The economy cannot save him from defeat. After all, his approval ratings are poor despite low unemployment; nothing short of fundamental changes in his conduct could improve them. In this view, the 2018 midterm election, when Democrats won the national House vote by almost nine percentage points, would be a harbinger of the general.”

“Of course, the truth could be somewhere in between (and probably is). But these two theories have different consequences for how to think about the campaign in 2020.”

“On Labor Day, President Trump’s re-election campaign plans to fly banners urging beachgoers in cities that largely went blue in 2016 to add their phone numbers to the list of supporters the campaign has been cultivating. That list already has contact information for more than 33 million voters, or about half of the number of Americans who voted for Mr. Trump in 2016, and campaign manager Brad Parscale expects to have at least 50 million by Election Day,” the Wall Street Journal reports.

“The campaign hopes to collect about 30,000 phone numbers from the flyovers, an adviser to the campaign said, which is toward the middle of the range of numbers that a Trump rally typically brings in. Planes will be flying the banners for a total of 21 hours.”

First Read: “Here’s the good news Democrats received on Wednesday: Sen. Johnny Isakson, R-Ga., will retire from the Senate in December 2019, which means Georgia will now have two Senate seats up for grabs in 2020.”

“That’s an extra GOP seat Democrats can target — in a state that’s become more demographically friendly to them — as they try to net the three Senate seats needed to flip the chamber if they win the White House.”

“But here’s the bad news: They don’t have top-tier candidates running in Georgia right now — either against Republican Sen. David Perdue or for Isakson’s seat, especially after Stacey Abrams confirmed she wouldn’t run for either seat.”

Inside Elections: “Over the last 70 years, there have been 29 times when both of a state’s Senate seats were up for election. In 26 of those instances (90 percent of the time), one party won both seats.”

New York Times: “Mr. Buttigieg’s image as a young, results-oriented executive continues to make him popular with many upper-income white liberals. They have delivered an overflowing war chest to his campaign: He had the best recent fund-raising quarter of any Democrat in the race, pulling in $24.8 million.”

“But criticism of Mr. Buttigieg’s oversight of the police has damaged his viability as a Democratic presidential candidate, given the huge influence of black voters in choosing the party’s nominee. He has slipped in the polls in recent months, from double-digit poll numbers in Iowa and New Hampshire in the spring to the single digits more recently. In a recent Fox News poll, he earned less than 1 percent support from black Democratic primary voters.”

BuzzFeed News: “The strategy… is to catch up with other campaign organizations in the early caucus and primary states and wait for candidates with less money to drop. Buttigieg’s paid staff has grown to more than 300 — up from 30 just a few months ago — with about 70 on the ground in Iowa and 50 in New Hampshire. New field offices are scheduled to open across both states next week. And the campaign has ramped up its digital advertising, using platforms such as Spotify.”

“One move not under consideration: attacking Biden, who leads in most polls, or the others standing between him and Buttigieg. Past primaries have shown little benefit for those who target a frontrunner.”

Said Swan: “Certainly, there have been a number of people telling people in the White House, including the president’s son-in-law Jared Kushner and daughter Ivanka Trump, that Nikki Haley would be a politically smart choice to replace Pence. So this is partly why a lot of these rumors have been circulating.”

A new The Hill-HarrisX poll found that 69% of registered Republican voters want Mike Pence to share a ticket with President Trump in next year’s election.

Rep. Tulsi Gabbard (D-HI) told CNN that she will not run as an independent candidate if she fails to win the Democratic presidential nomination. Said Gabbard: “I will not. No, I have ruled that out.

Former Rep. Darrell Issa (R-CA) wants to make a comeback, and is eyeing a path that would put him head-on with embattled Rep. Duncan Hunter (R-CA), Politico reports.

“The California Republican has launched an exploratory committee, according to a website that recently touted his PAC but has since been updated to say that he’s pondering a run for the state’s 50th Congressional District given ‘a tremendous outpouring of encouragement from supporters inside the district, and around the state and across the Nation.’”

“Before the Democratic Senatorial Campaign Committee endorsed former Colorado Gov. John Hickenlooper (D) in a 2020 Senate race, it pressured consultants from at least five firms not to work with a leading progressive in the race,” the candidate told The Intercept.

Said Andrew Romanoff: “They’ve made it clear to a number of the firms and individuals we tried to hire that they wouldn’t get any business in Washington or with the DSCC if they worked with me. It’s been a well-orchestrated operation to blackball ragtag grassroots teams.”

Sen. Kirsten Gillibrand (D-NY), “said that she was withdrawing from the Democratic primary after failing to qualify for a third debate next month — a development she described as fatal to her candidacy,” the New York Times reports.

“Ms. Gillibrand said in an interview that she would endorse another candidate in the primary but had not yet picked a favorite. Though she stopped short of saying she would endorse a woman, Ms. Gillibrand, who has made electing women to Congress a personal cause, said the next president had to be capable of uniting the country and suggested that a woman might be best suited for the job.” But she added: “I will support whoever the nominee is, and I will do whatever it takes to beat Trump.”

“The Democratic hedge fund billionaire leapt into the presidential campaign late with a clear plan: use his mega-wealth to buy his way into the televised party debates, and then use that platform, and his unelected outsider persona, to challenge the front-runners. Steyer spent millions of dollars on TV ads to boost his poll numbers in early caucus and primary states and on digital ads to meet the donor requirements set by the Democratic National Committee.”

“Tom Steyer’s campaign was confident he would make it into the September debate. With the help of a nearly $5 million online advertising blitz, the billionaire presidential candidate had scooped up the necessary 130,000 unique donors in just over a month, meeting the Democratic National Committee’s donor threshold to qualify,” CBS News reports.

“But he also had to meet the polling requirement. As the party’s deadline approached, Steyer had notched the necessary 2% in three qualifying polls, meaning he needed just one more to make it into the debate. The campaign hoped for another in an early primary state, where Steyer had spent more than $8 million on TV ads in six weeks, according to Advertising Analytics — more than any candidate, including President Donald Trump.”