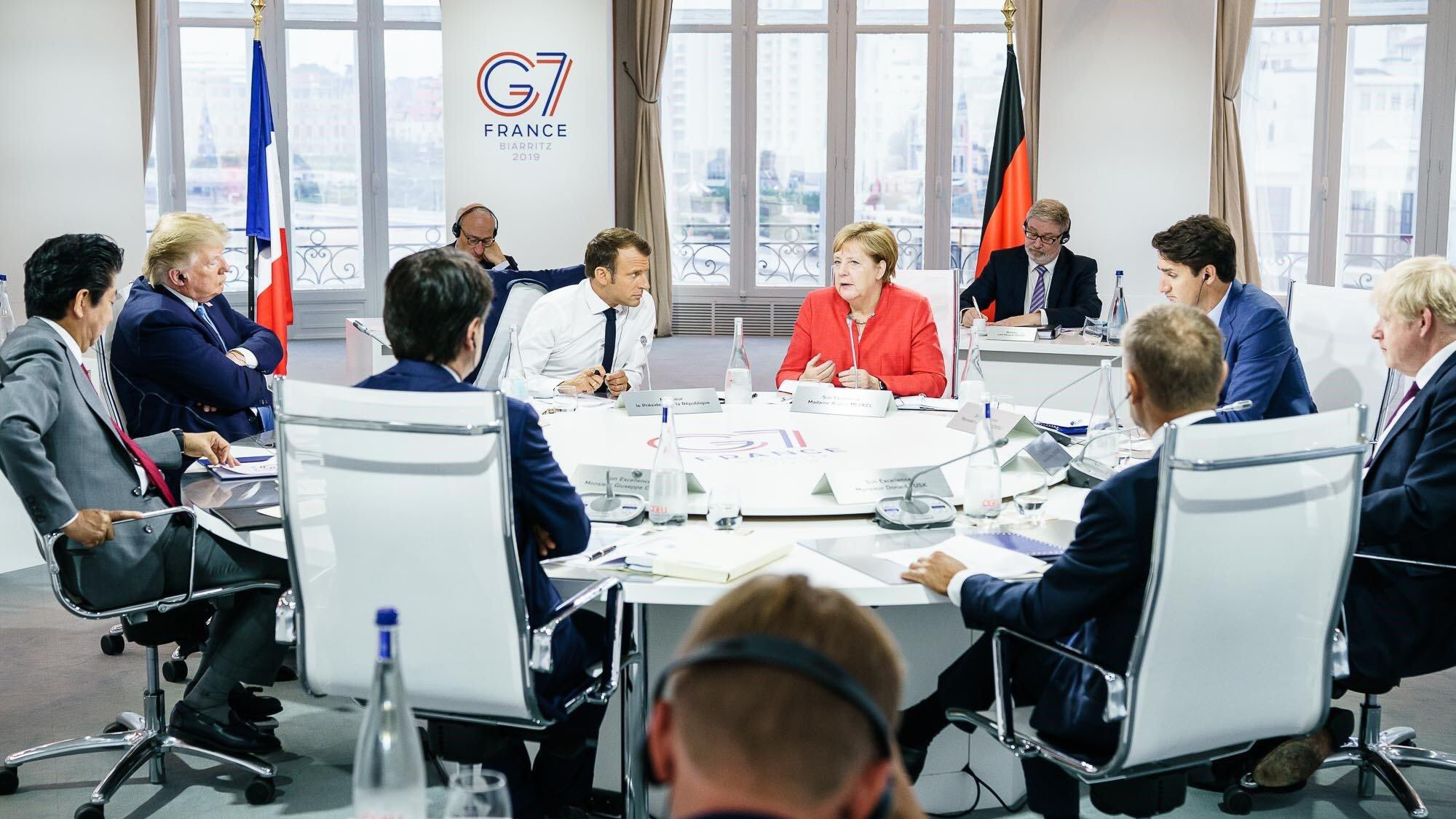 President Trump claimed that he’s not facing any pressure from his allies over the United States’ trade war with China that has left markets reeling and the G-7 allies concerned about a potential global recession, ABC News reports.

Said Trump: “I think they respect the trade war. So the answer is nobody’s told me that. Nobody would tell me that.”

“A loose network of conservative operatives allied with the White House is pursuing what they say will be an aggressive operation to discredit news organizations deemed hostile to President Trump by publicizing damaging information about journalists,” the New York Times reports.

“It is the latest step in a long-running effort by Mr. Trump and his allies to undercut the influence of legitimate news reporting. Four people familiar with the operation described how it works, asserting that it has compiled dossiers of potentially embarrassing social media posts and other public statements by hundreds of people who work at some of the country’s most prominent news organizations.”

“The research is said to extend to members of journalists’ families who are active in politics, as well as liberal activists and other political opponents of the president.”

Former Rep. Joe Walsh announced in a video that he would challenge Donald Trump for the 2020 Republican presidential nomination. Said Walsh: “We have someone in the White House who we all know is unfit.” He added that Trump “lies virtually every time he opens his mouth” and places his own interests over those of the country.

In an ABC News interview, Walsh said that invoking the 25th Amendment and removing Trump from office “should be looked at.”

A new NBC News/Wall Street Journal poll finds that — despite Americans’ overall satisfaction with the state of the U.S. economy and their own personal finances — a majority say they are angry at the nation’s political and financial establishment, anxious about its economic future, and pessimistic about the country they’re leaving for the next generation.

The poll finds that 70% of Americans say they feel angry “because our political system seems to only be working for the insiders with money and power, like those on Wall Street or in Washington.”

“As he gears up for a difficult re-election cycle, Rep. Steve King’s (R-IA)campaign is strapped for cash. Individual donations to the Iowa Republican are down considerably from past cycles and support from corporate donors and King’s own colleagues have vanished entirely,” the Daily Beast reports.

“It is a remarkable though not entirely unpredictable abandonment of a sitting member of Congress. Though he was always controversial and further to the right than most of his colleagues, King has burned virtually all his bridges in the party this year with outlandish comments about white supremacy and abortion.”

NBC News: “All the top campaigns are taking the possibility of a contested convention seriously and have begun wooing the party’s 700-plus super delegates, who thanks to a new rule will only get to weigh in on a nominee if next year’s primaries and caucuses fail to produce a clear winner.”

Rick Wilson: “The subtle meter in Americans’ brains that tracks the degree to which the universe seems off its axis has been in a state of constant flux since Donald Trump’s election in 2016, but this week the needle slammed hard into the peg on the right side of the gauge. Red warning lights are flashing across Washington as even the now-typical levels of uncertainty and political chaos reach epic proportions.”

“It’s almost as if we need a recalibration of the insanity of the Trump era, a new set of definitions about what comprises normal presidential behavior.”

“Because what’s happening now left normal five towns back, stopped for smokes and brown liquor, and tossed the GPS out the window. This week wasn’t normal, and no amount of whistling past the graveyard will make it any different.”

“At a closed-door session of the Rules and By-Laws Committee on Thursday, the DNC told the panel that experts convened by the party were able to hack into a conference call among the committee, the Iowa Democratic Party and Nevada Democratic Party, raising concerns about teleconferencing for virtual caucuses.”

“President Trump expressed a note of regret on Sunday that his trade war with China had spiraled into an international quagmire, answering ‘yes’ when a reporter asked if he had ‘second thoughts’ about his tactics,” the Washington Post reports.

“Asked if he was rethinking the way tensions had escalated between the two countries, Trump responded ‘Yeah, sure why not. Might as well. Might as well. I have second thoughts about everything.’”

“He also appeared to dramatically dial back his threat to force U.S. companies to stop doing business with China, something he had insisted he had the power to do despite international alarm.”

Later, Axios reports the White House walked back Trump’s comment: “The President was asked if he had ‘any second thought on escalating the trade war with China’. His answer has been greatly misinterpreted. President Trump responded in the affirmative – because he regrets not raising the tariffs higher.”

Scaramucci insisted that he’s still a “registered Republican” and hasn’t switched his support to the Democratic presidential candidate. But he also said he “will be working to find a nominee to challenge Donald Trump because he’s lost his mind. And we’ve got to … get somebody in there before we lose the election in 2020.”

Said Rendell: “I think Joe Biden is baked in. People say, oh well, he makes gaffes. Well, the American people have followed him for 40 years, and they know he makes gaffes. It’s part of his charm But it’s baked in. No one seems to hold it against him. They believe he’s a smart, decent guy. He’s got a good heart. And he’s effective at government.”

He added: “I think in the end, Joe Biden will prevail. But you can’t be sure of that. Elizabeth Warren is coming on very strong. She’s a good campaigner. Bernie has a resolute following… You just don’t know how this is going to shake out.”

“The Cherokee Nation announced that it intends to appoint a delegate to the U.S. House of Representatives, asserting for the first time a right promised to the tribe in a nearly 200-year-old treaty with the federal government,” CNN reports.

“The move raises questions about what that representation in Congress would look like and whether the US will honor an agreement it made almost two centuries ago.”