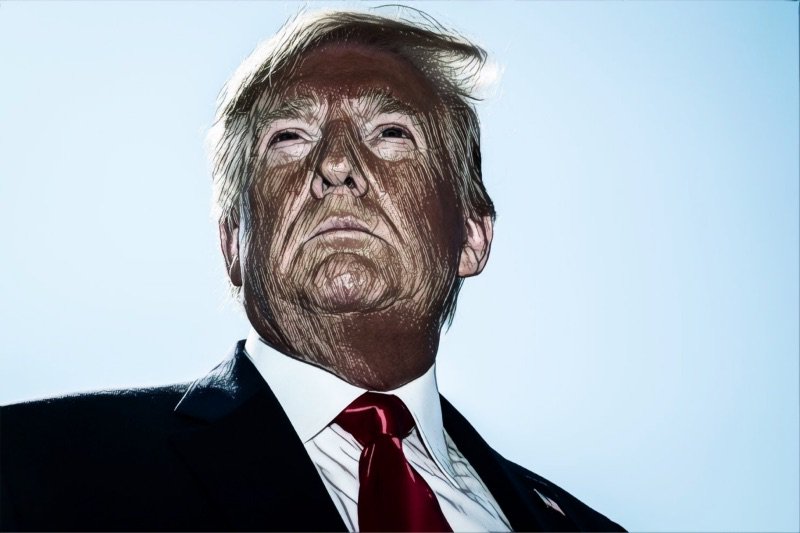 “The Federal Reserve’s minutes of its July interest-rate setting meeting show policymakers blame the slowing U.S. economy on President Trump’s trade feud with China and other nations,” CBS News reports. “Fed officials also said uncertainty over trade was the source of the recent drop in business investment in the U.S.”

Meanwhile, “U.S. manufacturer growth slowed to the lowest level in almost 10 years in August, the latest sign that the trade war may be exacerbating the economic slowdown,” CNBC reports. “U.S. manufacturing activity slowed to a nearly three-year low in July… But this new survey showed new orders received by manufacturers dropped the most in 10 years, while the data also showed export sales tanked to the lowest level since August 2009.”

“An email sent from the Justice Department to all immigration court employees this week included a link to an article posted on a white nationalist website that ‘directly attacks sitting immigration judges with racial and ethnically tinged slurs,’” BuzzFeed News reports.

“The briefings are sent to court employees every weekday and include links to various immigration news items.”

“Sarah Huckabee Sanders, one of the more controversial holders of the office of White House Press Secretary in recent memory, will join Fox News Channel as a contributor,” Variety reports.

A new Survey Monkey/New York Times poll finds Americans’ confidence in the economy is fragile, with a majority of voters expressing concern — a potential vulnerability for President Trump if the current economic slowdown worsens before next year’s election.

“Nearly three in five respondents to the survey said they were worried about the economy, regardless of whether they were personally struggling or doing well financially. That group cuts across party lines and encompasses a large group of voters who could collectively sink Mr. Trump’s re-election chances, including three in 10 Republicans and seven in 10 independents.”

Yair Rosenberg: “So is Trump a philo-Semite or an anti-Semite? The answer is both. The principle that explains his seemingly contradictory outlook toward Jews is simple: Trump believes all the anti-Semitic stereotypes about Jews. But he sees those traits as admirable.”

“As a man who has always stood solely for his own naked self-interest, Trump does not see the anti-Semitic conception of the self-interested Jew as a complaint, but rather a compliment. He prioritizes his needs ahead of the national interest, and so he sees the idea that Jews might do the same with themselves or with Israel as entirely natural.”

Dan Balz: “Tuesday turned out to be a busy day for President Trump. He poked another U.S. ally in the eye, questioned the loyalty of American Jews, backpedaled on gun legislation and undercut the denials of his advisers on the economy. It was just another normal day in the Trump administration.”

“Take Tuesday’s quartet case collectively, and it portrays an administration and White House in chaos, lacking in systematic policymaking. It portrays a president who changes his mind whenever it suits him, whose statements shift with the moment, and who uses words carelessly and sometimes destructively. It forms a pattern of dissembling, of deliberate or unknowing falsehoods as well as efforts to divide already divided Americans from one another.”

The House Republican campaign arm is selling t-shirts with a map of the United States showing Greenland as part of America.

James Fallows: “If Donald Trump were in virtually any other position of responsibility, action would already be under way to remove him from that role. The board at a public company would have replaced him outright or arranged a discreet shift out of power. (Of course, he would never have gotten this far in a large public corporation.) The chain-of-command in the Navy or at an airline or in the hospital would at least call a time-out, and check his fitness, before putting him back on the bridge, or in the cockpit, or in the operating room. (Of course, he would never have gotten this far as a military officer, or a pilot, or a doctor.)”

“There are two exceptions. One is a purely family-run business, like the firm in which Trump spent his entire previous career. And the other is the U.S. presidency, where he will remain, despite more and more-manifest Queeg-like  unfitness, as long as the GOP Senate stands with him.”

“My Republican colleagues and I have not and will not vandalize this core tradition for short-term gain. We recognize what everyone should recognize — there are no permanent victories in politics… If future Democrats shortsightedly decide to reduce the Senate to majority rule, we’ll have lost a key safeguard of American government. And — stop me if you’ve heard this one — they’d regret it a lot sooner than they think.”

“House Democrats appear increasingly unlikely to secure President Trump’s tax returns before the 2020 presidential election, according to interviews with legal experts and several lawmakers, as resistance from the Trump administration has stymied the party’s efforts to obtain his personal financial records,” the Washington Post reports.

The New York Times profiles Stephanie Grisham, who “occupies one of the most prestigious roles in American politics, as White House press secretary and communications director for both the president and the first lady.”

“Her career history contains red flags that most administrations might deem troubling. They include losing a private-sector job after being accused of cheating on expense reports, a later job loss over plagiarism charges and two arrests for driving under the influence, the second while working on Mr. Trump’s campaign.”

New York Times: “Some former Trump administration officials in recent days said they were increasingly worried about the president’s behavior, suggesting it stems from increasing pressure on Mr. Trump as the economy seems more worrisome and next year’s election approaches.”

Wall Street Journal: “With short-term interest rates already low, the Federal Reserve has little room to cut borrowing costs to spur spending and investment as it usually does in a slowdown. Meantime, the federal debt is exploding, which could hamstring any efforts to boost growth with tax cuts or spending increases.

“Further complicating matters, Democrats and Republicans strongly disagree about how best to rev up the economy, with Democrats favoring higher spending and the GOP wanting lower taxes. Even within their own ranks there are disagreements about what course to take.”

New York Times: “Months after backing out of a trip to Ukraine amid criticism that he was mixing partisan politics with foreign policy, Rudolph W. Giuliani, President Trump’s personal lawyer, has renewed his push for the Ukrainian government to pursue investigations into political opponents of Mr. Trump.”

“Over the last few weeks, Mr. Giuliani has spoken on the phone and held an in-person meeting, in Madrid, with a top representative of the new Ukrainian president, encouraging his government to ramp up investigations into two matters of intense interest to Mr. Trump.”

The Labor Department said employers added a half-million fewer jobs in 2018 and early 2019 than previously reported, the New York Timesreports.

“The revisions don’t change the overall picture of a healthy job market. But they do mean that 2018, which had ranked among the strongest years of job growth in the decade-long recovery, was weaker than previously believed.”

David Von Drehle: “Whatever one thinks of Trump’s trade-war goals, his tactics appear to have left him at Xi’s mercy. The Chinese people — 60 percent of whom spend less than $10 a day — are far more accustomed to economic pain than Trump’s Americans, and they have no meaningful right to vote. So Xi can probably afford to absorb the economic pain necessary to push the trade war past Election Day. This would greatly increase the chance of a recession in 2020 and damage the American president’s chance of reelection.”

“On the other hand, Xi also has the power to make a few token concessions that would allow Trump to claim victory in the trade war. Markets would give a hearty cheer; Trump would crown himself the China slayer. But Xi might gain four more years of severe disruption in the West.”