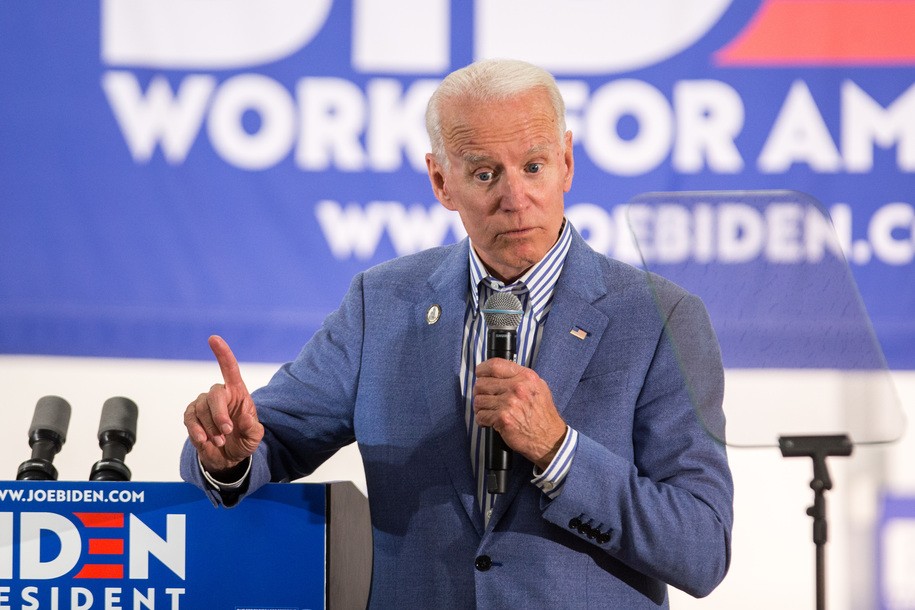 In the CNN Poll, 54% of Democrats and Democratic-leaning independents prefer a candidate with a strong chance of beating Trump versus 39% who want a candidate who shares your positions on major issues. Also, the CNN poll shows Harris dropping from 17% in their recent late June poll to 5% now.

In Colorado, Emerson Polling has a new poll showing all Democrats destroying Trump:

In Colorado primary, we have Bernie Sanders leading a contest for the first time:

First Read notes how President Trump is underperforming in the latest NBC News/Wall Street Journal poll among almost all subgroups when compared to the exit poll in 2016:

“Of course, Trump won’t be facing a generic Democrat next year. Plus, this is among all registered voters, not likely voters. And time could be on his side. Still, this breakdown shows how vulnerable Trump is right now.”

For comparison, the FiveThirtyEight polling average has Trump’s approval at 41.9% to 53.9%.

Key finding: “McSally has fallen behind, the poll suggests, as President Trump’s standing takes a hit in Arizona. Just 47% of likely voters in the state approve of Trump’s job performance, down from 50% in May and 54% in October.”

“I know that not all of you are committed to my husband, and I respect that, but I want you to think about your candidate, his or her electability, and who’s going to win this race You know you may like another candidate better but you have to look at who’s going to win. Joe is that person.”

Associated Press: “Democrats still shaken by the 2010 tea party wave that netted Republicans six governors’ offices, flipped 21 statehouse chambers and drove nearly 700 Democratic state legislators from office are mounting a comeback, pouring millions of dollars into state-level races. … In Virginia, where the GOP holds a slim majority, Democrats have outraised Republicans for the first time in years. Democrats are even putting some money in deeply Republican Louisiana.”

“Democratic donors who gave little-to-nothing to down-ballot races in the past are cutting large checks to groups focused on state races, the AP’s analysis shows. Among them are billionaire George Soros (at least $5.4 million), hedge-fund billionaire Donald Sussman (at least $4.8 million) and billionaire investor and entrepreneur Fred Eychaner (at least $4.2 million).”

“Castro got just 2% in our poll. That, however, is enough. Under rules set by the Democratic National Committee, candidates need to meet a fundraising benchmark (which Castro already has) and get at least 2% in at least four qualifying polls released between June 28 and August 28. Our poll marks the fourth survey in which Castro hit 2%.”

“At a fundraiser in the Hamptons this weekend, Harris told a crowd of wealthy donors that she isn’t ‘comfortable’ with the health care plan espoused by her Democratic presidential primary opponent Sen. Bernie Sanders, which Harris once co-sponsored. She did maintain, however, that she is still supportive of Medicare-for-all at large, adding a little more confusion to her policy position.”

Washington Post: “The idea of Medicare-for-all — a unified government health program that would take over the basic function of private insurance — became a liberal litmus test at the outset of the presidential campaign, distinguishing Democratic contenders who cast themselves as bold visionaries from more moderate pragmatists.”

“But in recent months, amid polling that shows concern among voters about ending private insurance, several of the Democratic hopefuls have shifted their positions or their tone, moderating full-throated endorsement of Medicare-for-all and adopting ideas for allowing private insurance in some form.”

“This unmistakable, if sometimes subtle, shift in tone stems in part from Democrats’ fear of giving away a newfound advantage over Republicans on health care.”

The New York Times analyzed the playlists of 10 presidential candidates to see how the songs align with their core message.

Bruce Gyory: “The truth is that Trump’s base did not elect him. His base brought him close, but what paved the road for the inside straight that secured his majority in the Electoral College, was a late swing away from Hillary among suburban women, middle-aged Hispanic men, those with some college but not a four year degree, and independents, combined with a drop in the black turnout. Trump is weaker today than he was in November 2016 in each of those demographic subsets, and the economic uncertainty and distress in the bond markets are affecting the investment accounts of those older voters Trump needs to have any chance of mounting a comeback.”

“If you doubt the accuracy of that observation go to the cross tabs of the most recent Pew data and track Trump’s disapproval ratings (48% among whites, 55% among men, 79% among Hispanics, 58% among Catholics, 55% of those with some college but not a four year degree as well as 55% of those with a high school degree or less, 55% among seniors and 17% disapproval among Republicans and Republican leaning Independents).”

“If Trump stays on his present course, he will lose next November, and political historians will more than likely come to see the watershed moment as August 2019. And so, Rick Wilson is correct: Trump can’t win, he will be re-elected only if the Democrats blow it. In the final analysis, Trump is on the verge of losing the country, even if the Democrats have not yet found the discipline needed to secure a victory in 2020.”

Sen. Elizabeth Warren drew what her campaign said was her largest crowd yet for a speech in Minnesota — estimated to be about 12,000 people.

Minneapolis Star Tribune: “A crowd of thousands gathered to hear from the U.S. senator from Massachusetts, who used her first campaign trail stop in the state to walk through her signature plans and share her family’s story. She did not touch on some of the Minnesota-specific environmental issues she had commented on ahead of the visit or address the mea culpa she had made at an event earlier in the day.”

Ron Brownstein: “The latest such evidence comes in a new study released today by Navigator Research… The report examines a group that many analysts in both parties believe could prove to be the key bloc of 2020 swing voters: Americans who say they approve of Trump’s management of the economy but still disapprove of his overall performance as president. And it shows Trump facing significant headwinds among that potentially critical group, partly because of the divisive language and behavior he’s taken to new heights, or lows.”

“This conflicted group looms so large over 2020 because about half (or even slightly more) of voters express support for Trump’s management of the economy, but only 40 to 45 percent of them give him positive marks on his overall performance. That difference could be the tipping point between a coalition that places Trump close to the comfort zone for presidents seeking reelection—support from about half of Americans—and one that leaves him trying to secure a second term with positive marks from a much smaller circle. The only presidents since 1952 who sought reelection with approval ratings below 50 percent—Gerald Ford, Jimmy Carter, and George H. W. Bush—all lost.”