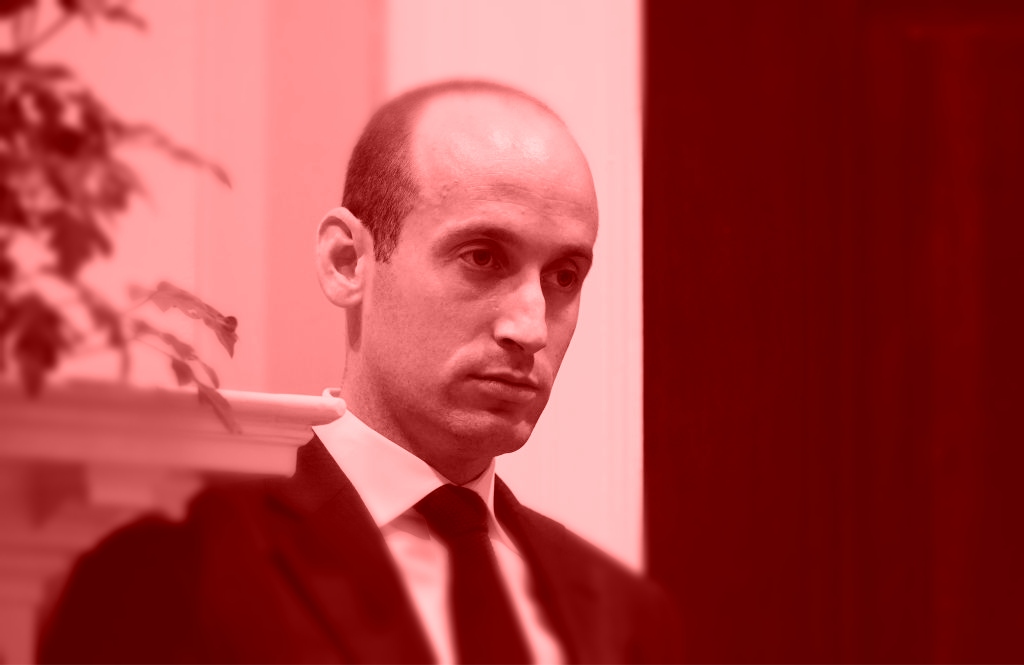 The Trump administration plans to penalize immigrants who use or might use public benefits, a move aimed at curbing legal immigration, the Washington Post reports.

“In one of President Trump’s most significant immigration moves to date, applicants could be denied green cards and other immigration benefits if they use food assistance, housing vouchers or other forms of public welfare.”

Daily Beast: “Just over a week since mass shootings in El Paso, Texas, and Dayton, Ohio, Senate Republicans are waiting to see if President Trump walks away from the issue again or forces their hand before trying to do anything about potentially expanding background checks for gun purchases.”

“He’s walked away before. Following the Parkland school massacre last year, the president promised that he was ‘going to be very strong on background checks,’ only to retreat after holding private meetings with National Rifle Association officials at the White House. The NRA, a key ally of Trump’s, has spent big money lobbying against background-checks expansion legislation, and last week reminded him of its staunch opposition.”

Anthony Scaramucci told Axios that Republicans may need to pick a different candidate in 2020. He compared Trump to a melting nuclear reactor and said he may support a Republican challenger to Trump. Said Scaramucci: “We are now in the early episodes of ‘Chernobyl‘ on HBO, where the reactor is melting down and the apparatchiks are trying to figure out whether to cover it up or start the clean-up process.”

He added: “A couple more weeks like this and ‘country over party’ is going to require the Republicans to replace the top of the ticket in 2020.”

“One missive was so odd, the Canadian ambassador double-checked with the White House to be sure it wasn’t a prank. In at least one instance, Trudeau also wrote to Trump.

“CNN host Jake Tapper grilled Mark Morgan, acting commissioner of U.S. Customs and Border Protection, about whether federal officials are giving the Trump Organization a pass on hiring undocumented immigrants while raiding other companies that do the same,” the HuffPost reports.

“Though President Trump has repeatedly stoked fears over a so-called ‘invasion’ of the undocumented migrants, at least eight of his company’s properties have employed workers who entered the U.S. illegally, according to a Washington Post report published Friday.”

“American intelligence officials are racing to understand a mysterious explosion that released radiation off the coast of northern Russia last week, apparently during the test of a new type of nuclear-propelled cruise missile hailed by President Vladimir V. Putin as the centerpiece of Moscow’s arms race with the United States,” the New York Times reports.

“American officials have said nothing publicly about the blast on Thursday, possibly one of the worst nuclear accidents in the region since Chernobyl, although apparently on a far smaller scale, with at least seven people, including scientists, confirmed dead.”

“An extensive New York Times review of popular right-wing media platforms found hundreds of examples of language, ideas and ideologies that overlapped with the mass killer’s written statement — a shared vocabulary of intolerance that stokes fears centered on immigrants of color. The programs, on television and radio, reach an audience of millions.”

“Hong Kong airport authorities canceled remaining flights on Monday after protesters swarmed the main terminal building for a fourth day, the biggest disruption yet to the city’s economy since demonstrations began in early June,” Bloomberg reports.

Bank of America sees a greater than 30% chance of a recession in the next year, based on recent data, CNBC reports. Some economic indicators are “flashing yellow,” signaling a coming recession.

“The Trump administration on Monday announced that it would change the way the Endangered Species Act is applied, significantly weakening the nation’s bedrock conservation law credited with rescuing the bald eagle, the grizzly bear and the American alligator from extinction,” the New York Times reports..

“The changes will make it harder to consider the effects of climate change on wildlife when deciding whether a given species warrants protection. They would most likely shrink critical habitats and, for the first time, would allow economic assessments to be conducted when making determinations.”

“Attorney General William Barr on Monday sharply criticized the management of the federal jail in Manhattan where Jeffrey Epstein, the financier who was long dogged by accusations of sexual abuse of girls, was found dead on Saturday morning after he had apparently hanged himself,” the New York Times reports.

Said Barr: “We are now learning of serious irregularities at this facility that are deeply concerning and demand a thorough investigation. We will get to the bottom of what happened. There will be accountability.”

Harry Reid: “I am not an expert on all of government, but I do know something about the United States Senate. As the former majority leader, I know how tough it is to get anything through the chamber, which was designed to serve as the slower, more deliberative body of the United States Congress.”

“But what is happening today is a far cry from what the framers intended. They created the Senate as a majority-rule body, where both sides could have their say at length — but at the end of the day, bills would pass or fail on a simple majority vote. In their vision, debate was supposed to inform and enrich the process, not be exploited as a mechanism to grind it to a halt.”

“The Senate today, after years of abusing an arcane procedural rule known as the filibuster, has become an unworkable legislative graveyard.”