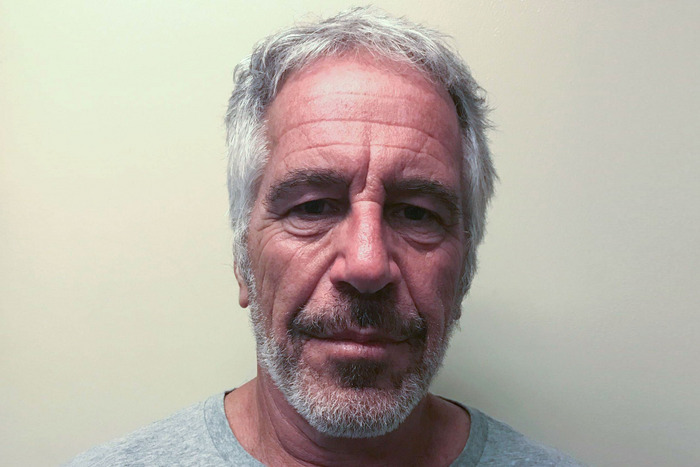 Three law enforcement officials told ABC News Saturday that Epstein had hanged himself in the federal lockup where he had been held pending trial on federal sex trafficking charges.

Attorney General Bill Barr issued a statement Saturday in light of the death of accused sex trafficker Jeffrey Epstein by an apparent suicide in his New York City jail cell. “I was appalled to learn that Jeffrey Epstein was found dead early this morning from an apparent suicide while in federal custody,” Barr said. Barr also said that he consulted with the Inspector General to widen the investigation into Epstein’s death.

Over 200 kids were missing from Mississippi schools this week after the ICE raids that resulted in 680 arrests there on Wednesday ignited fear of more arrests and deportations. While the schools claim they’ve reached out to families to offer reassurances that “school is a safe harbor” officials worry that it will take some time before immigrant families in the area feel safe returning to public places. Images and video from the areas show children sobbing and pleading for their parents to be returned after the raids.

The Trump Organization has relied for nearly two decades on a roving crew of Latin American laborers that includes people who entered the country illegally. So, no immigrants allowed, except if they’re making Trump richer or taking a truly awful job that no American wants like being his wife.

Citing three sources familiar with the situation, Axios reported that Trump told U.S. advisers, including senior Trump administration officials, that Israel should bar both of their entries because they favor a boycott of Israel.

Trump said that if Omar and Tlaib wanted to boycott Israel, “then Israel should boycott them,” according to a source.

Trump’s reaction reportedly came days after the House overwhelmingly passed a resolution last month to condemn the Boycott, Divestment and Sanctions, or BDS movement, which Omar and Tlaib support.

NBC News: “It’s a bit unusual for a presidential campaign’s staff to invest time in events that aren’t directly related to the candidate’s election. But for Warren’s team, it’s all part of the plan: A small army of her organizers has deployed to early-voting states and embedded into local communities.

Said one prominent Nevada Democrat: “She is generating buzz because her campaign shows up everywhere. Every time there’s a community event, there is Warren representation there.”

“By pitching in locally, Warren’s organizers hope to demonstrate at a personal level that they are investing in the concerns of the same voters — and potential volunteers — whose support they are courting for the Massachusetts Democrat at the federal level. It’s just one part of a political organizing operation designed to match Warren’s message of igniting a movement, voter by voter, that creates ‘big, structural change’ in the country.”

Jonathan Bernstein says Trump Should Worry About His Disapproval Rating. “The president’s numbers are the worst in the polling era. That doesn’t bode well for his reelection. Carter at this point went from 30% up to 55% long enough to win re-nomination, and then all the way back down. In other words, there’s plenty of time for the president to improve – or to collapse further.

What’s harder to know is whether opinion is unusually rigid for this president. Trump has spent his presidency in an abnormally narrow range of public opinion, especially since May 2018. It seems possible that he could revisit his 2017 lows, when he fell to around 37%. Since his brief (and unimpressive) honeymoon, his peak has been 43.1% approval. Could that be close to a hard cap? There’s no way to know. But it’s difficult to imagine what events could significantly boost his popularity at this point.”

Anna Greenberg and David Walker at the Washington Post say America is turning against guns: “While there is some dispute about the numbers, both the General Social Survey and the Pew Research Center report a decline in gun ownership in this country. As important, these guns are concentrated in fewer hands. While Americans own more than 260 million civilian guns, according to a 2015 Harvard and Northeastern University study, 3 percent of the population owns half of those guns. This reflects the decline of hunting as a sport and cultural pastime, as the country comes less rural and the population more diverse. Now a narrower group of people owns guns, and they are more likely to say they have them for self-protection (60 percent cite personal safety vs. 36 percent who hunt, according to a 2013 Gallup poll).

At the same time, voters’ views on this issue are changing. Even before the shootings in El Paso and Dayton, Gallup recorded the highest level of support for stricter gun laws in 25 years. The share of voters very dissatisfied with the nation’s gun laws has nearly doubled from 2008 (21 percent) to 2019 (40 percent). While the NRA tears itself apart over accusations of mismanagement and questions about its strategy, national polling shows that the organization gets net-negative ratings for the first time in two decades. In a recent GQR survey of 2,000 likely 2020 voters, more than 1 in 4 say their views on guns have changed within the past five years. This number includes 1 in 3 Democrats, but also 1 in 4 independents and 1 in 5 Republicans. Among these voters, 78 percent — and 70 percent of Republicans — have moved toward supporting stronger gun laws.”

Rebecca Solnit at the Guardian on how the white male hegemony uses violence to cling to power: “In other words, the problem is the people who have always been in power and control. The government that is supposed to be in charge of protecting all of us is a partisan in this war and to some extent always has been. Now the Republican party is openly partisan, openly the enemy of a majority of people in this country that is less than a third white males.

We were never not at war, but in recent years the cold civil war has heated up. The white men who expected unquestioned supremacy, by race and by gender, have launched a civil war against the rest of us, not least by allowing a huge number of high-capacity weapons of war to circulate throughout the country and supporting the NRA’s propaganda project to further fortify a set of fears and identifications between freedom, guns, masculinity and white supremacy. The Republican party has in essence declared war against the United States – against the people, the environment, the constitution, the rule of law, against voting rights and free and fair elections. The threats are coming from inside the Capitol.”

Robert Costa at the Washington Post: “Republicans face a reckoning in the red-state suburbs that have long been a bedrock for the party, propelled by the stormy confluence of President Trump’s searing racial attacks, economic turbulence and frustration with government inaction after last weekend’s deadly mass shootings in Texas and Ohio.

The GOP lost its House majority in 2018 after it fared poorly with suburban voters, particularly women. Party leaders are increasingly alarmed that they have made little progress winning them back. Instead, Trump’s incessant feuds, his hard-line position on immigration — including federal raids that left children without their parents — and the stock market’s tumult amid his trade standoff with China threaten to further alienate suburban voters ahead of the 2020 campaign, even in states that have traditionally elected Republicans.

Republican leaders also worry that Trump’s dramatic policy moves and Twitter outbursts — such as last month’s racist tweets about four minority women in Congress — could prod more suburban GOP lawmakers to head for the exits rather than mount a defense, following in the footsteps of several Texas Republicans and others who have decided not to seek reelection.”