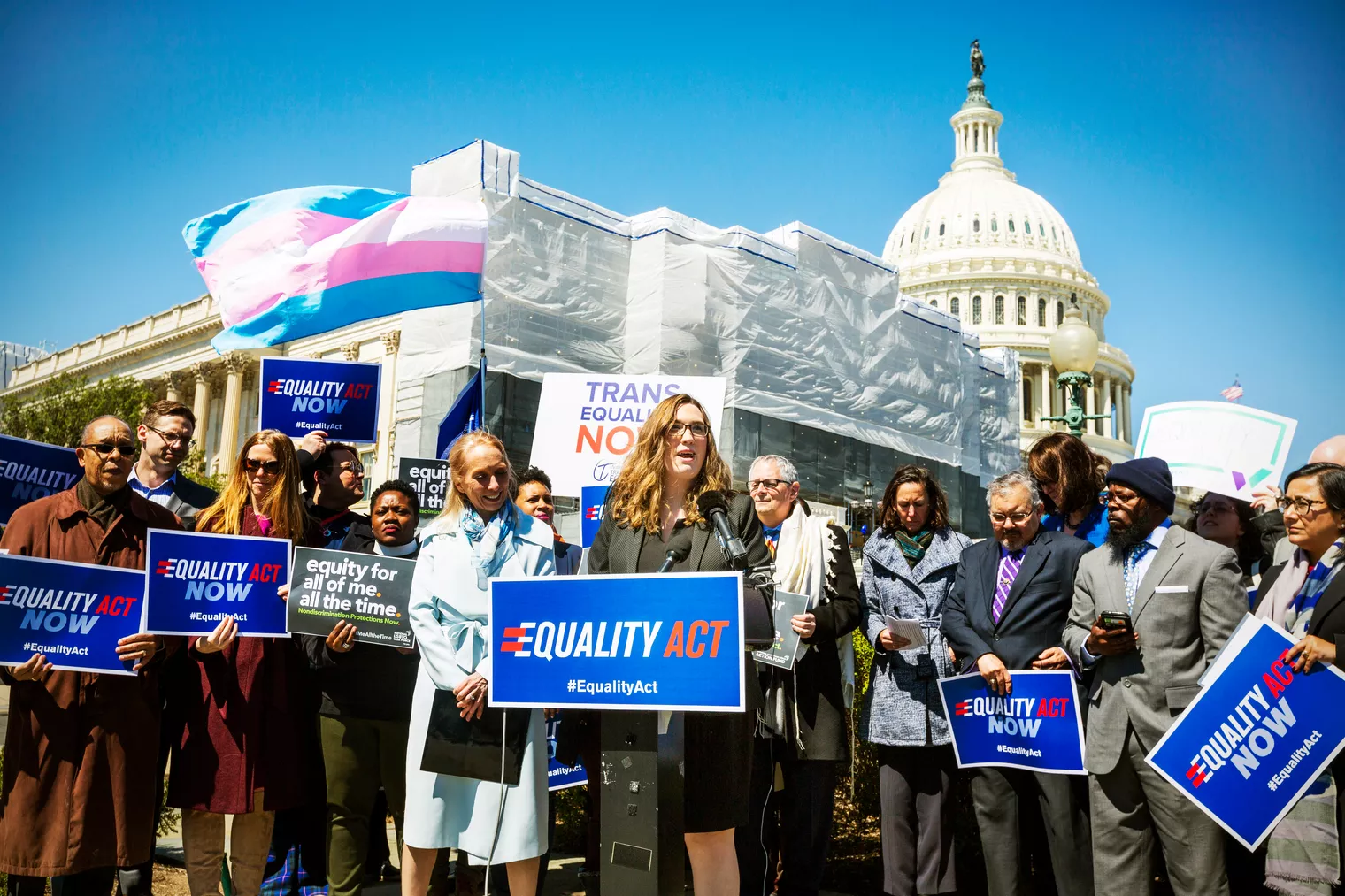 Aside from Caitlyn Jenner and Danica Roem, I would argue that Sarah McBride is one of the most visible and well known transgender personalities in the nation. Some of that is owed to the number of “firsts” she has accomplished. She was the first transgender person to address a major party convention in 2016, and was the first openly transgender White House intern, working on LGBTQ issues in the Office of Public Engagement and Intergovernmental Affairs. But her first love has always been the First State, a fact easily shown on her twitter feed, where you would think she was employed as the First State Spokeswoman rather than as the national press secretary for the Human Rights Campaign.

Katelyn Burns sat down and interviewed Ms. McBride recently about her campaign for the First Senate District, and the link is below.

Below are some excerpts that I found interesting, but be sure to read the full article.

“Always hot, never iced,” said Sarah McBride, despite the sweltering July weather in Washington, DC, as we sat down in a coffee shop just a couple hundred yards from the White House. Her coffee preference belies her cool public image; McBride has developed a reputation for handling intense situations with exceeding grace.

I agree. Iced Coffee is an abomination and those who drink it should be isolated from society and studied by scientists to figure out what went wrong.

“I did think that coming out meant there wouldn’t be the space in the room for me to contribute to the kind of change I wanted to contribute to,” she said. “Since then, I’ve seen that was a mistaken assumption and a fear that, while understandable, was unfounded — that the heart of my home state is big enough to welcome and love someone like me, that there is a place for me to contribute and to have a seat at the table, that there is space for other LGBTQ people, including transgender people, to do that.”

“Anyone who knows me knows that my love of Delaware is absolute,” McBride said, glancing out the coffee shop window in the direction of the White House. “Particularly in this moment with so much gridlock in Washington, DC, the decisions that impact people the most, and the opportunity for change, it’s at the state level. It’s in the state legislatures.”

“In all the instances of harassment or threats I’ve faced, I’ve thought about how those experiences pale in comparison to the challenges that so many others are facing every day, both in the trans community and beyond,” she said. “I also recognize that to the degree that I face negativity from some people, it likely reflects some form of pain in their own lives. Hurt people hurt people. I try to find compassion for everyone, even if they are shouting in my face.”

This is the most insightful thoughts I have seen in a while, and it is true. Most bullies are that way due to abuse they have experience or some insecurity they suffer from. The most vitriolic homophobes out there tend to be in denial about their sexuality and thus they lash out, afraid to be found out.