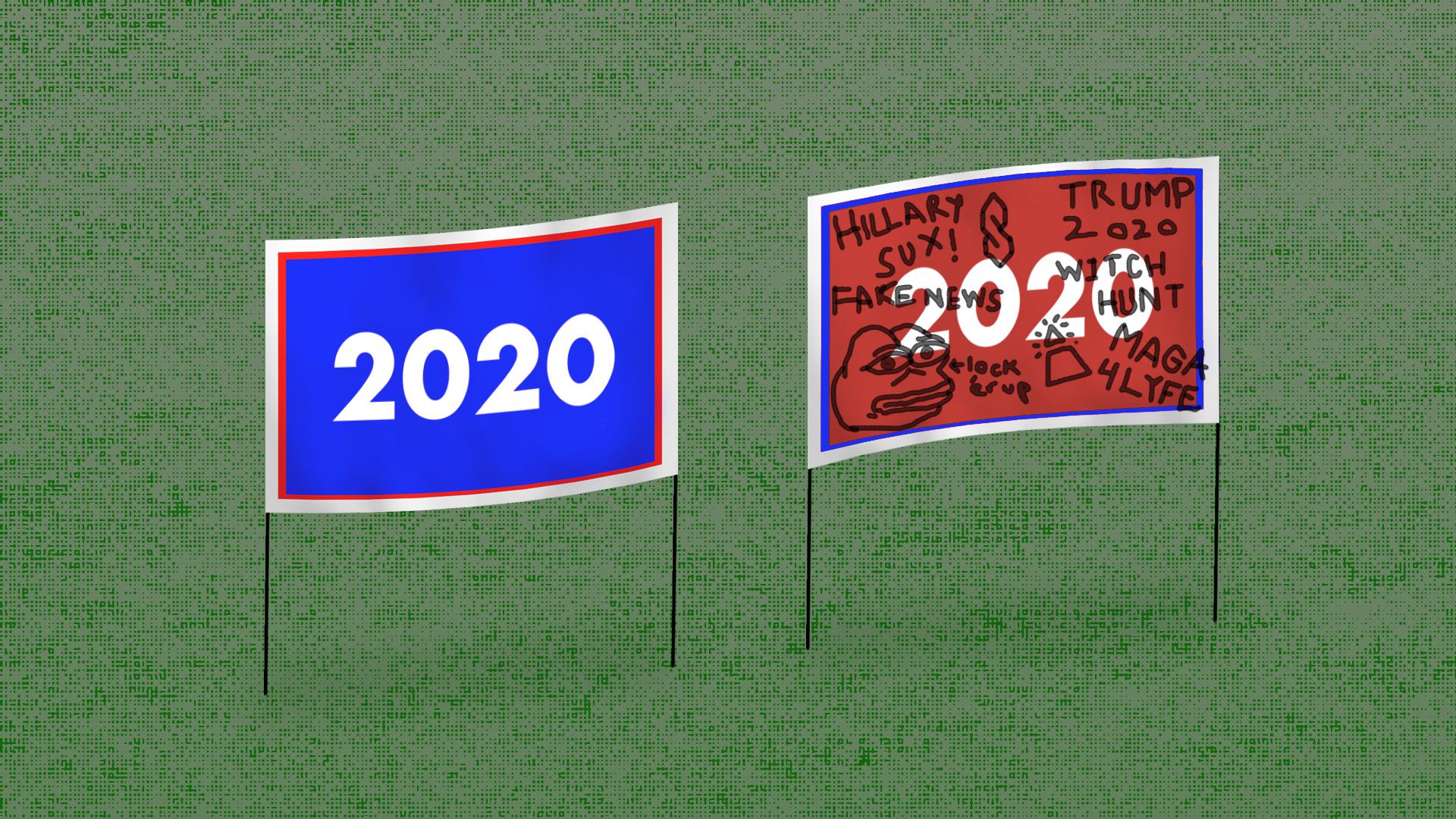 A new Morning Consult poll conducted after this week’s Democratic debates finds 32% of primary voters said they still want to see Joe Biden at the top of the party’s 2020 ticket. That figure hasn’t shifted much since the end of the first round of debates, when 33% said Biden was their first choice.

No candidate saw movement outside the survey’s margin of error of 2 percentage points.

Rep. Will Hurd (R-TX), “the lone black Republican in the House and the rare GOP lawmaker to criticize President Trump at times, will not seek reelection,” he told the Washington Post.

“Hurd’s retirement is the third by a Texas Republican in the past week and the ninth by a party incumbent, dealing a blow to GOP efforts to regain control of the House in next year’s election.”

Playbook: “Here’s the bleak reality for the House GOP. It’s summer recess, which means lawmakers are home with their families. As soon as the sun will rise, people will be reminded over the summer that being a member of Congress is not as fun as being at home with their kids or family. Plus, being in the minority stinks. This probably won’t get better for Republicans anytime soon.”

“Expect more people to jump ship — and soon. Rumors are already swirling about another retirement as soon as today.”

Rep. Will Hurd (R-TX), who announced his retirement from Congress last night, told the Washington Post that there’s a real chance Democrats can win Texas in the 2020 presidential election.

Said Hurd: “When you look at trends, the two-largest growing groups of voters are Latinos and young people. And we know what the broader trends are happening there.”

A source familiar with Barack Obama’s thinking wouldn’t tell CBS News whether the former president watched this week’s Democratic debates, but said Obama believes “his legacy is going to be fine, that there’s a staying power to it and the things under attack by this president are high water marks for the country.”

Washington Post: “Of the five men whose wives are running for president (only Marianne Williamson, among the six female Democratic candidates, is currently unmarried), all have much lower profiles than their wives — and certainly are much less recognizable than the last would-be First Man, Bill Clinton, who would always be far better known as a former president.”

“Chasten Buttigieg, the male spouse of South Bend, Ind., Mayor Pete Buttigieg, has carved out the most prominent role of any spouse — male or female — in the field, with the possible exception of former second lady Jill Biden.”

“Klobuchar’s campaign previously said she’d met the polling qualification of at least two percent in four major surveys for the ABC-hosted debate in Houston, Texas. But meeting the donor threshold makes her the eighth of 24 candidates to check both qualifying boxes.”

“And these Republicans parachuting out of the Republican Party underscore how vulnerable Trump really is, despite the growing economy.The fewer Will Hurd-like members running in 2020 reduces the number of moderate/non-Trump Republicans who would eagerly go to the polls for those representatives – and then still hold their nose and vote for the president.”

“The Republican Party is getting smaller and smaller, and that isn’t good news for an incumbent Republican president.”

Playbook: “If you are a House Republican, this has been an absolutely gutting few weeks. And, truly, if someone is trying to spin you on how the political picture is not that bad for the House GOP right now — at this moment — you ought to discount them as a political professional or analyst. Because it’s really, really bad, deflating and discouraging.”

“Now before anybody gets carried away, there’s always the possibility that these were contingency purchases for a decision that hasn’t been finalized yet.”