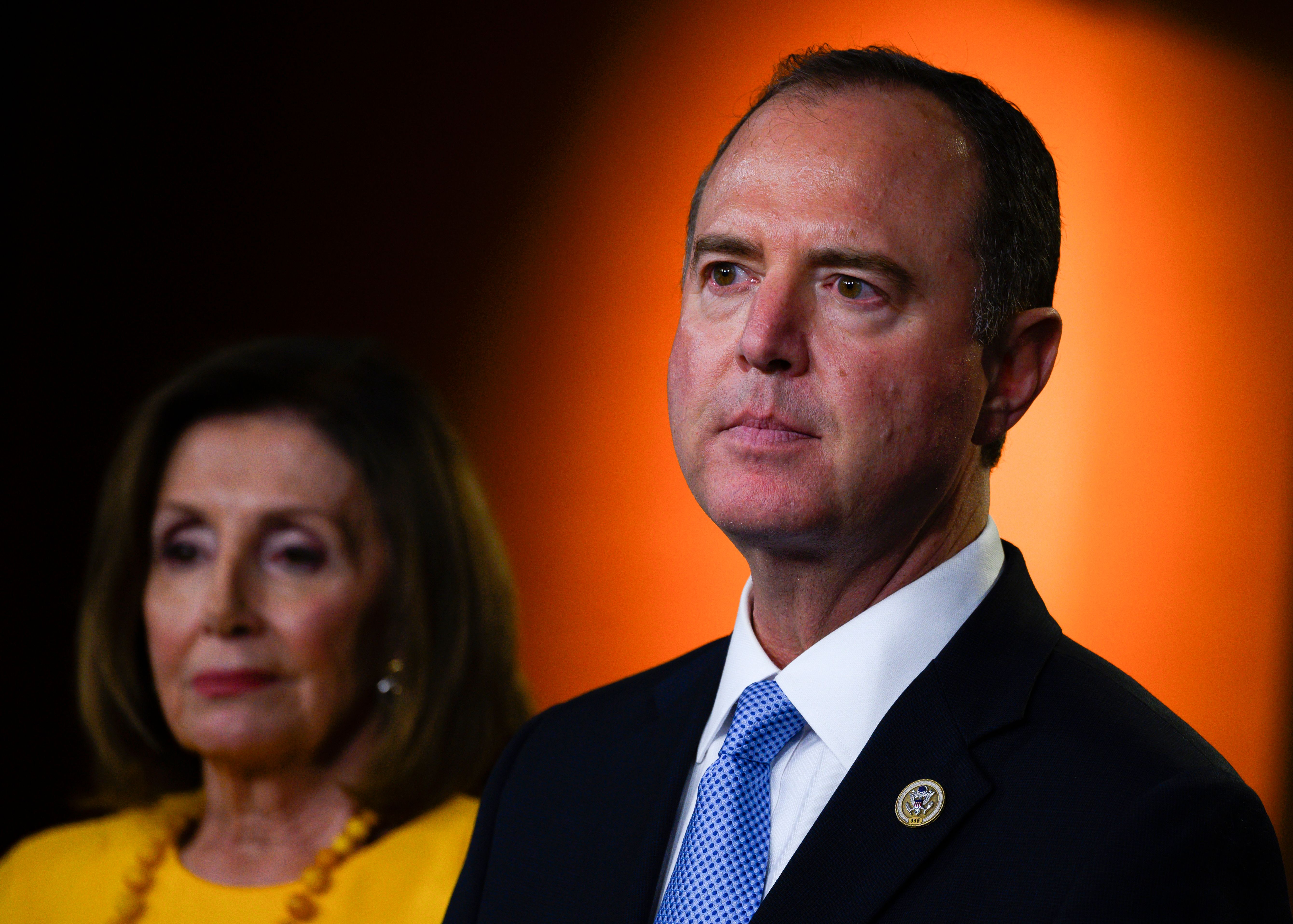 “The House passed a sweeping two-year budget deal Thursday that increases spending for military and domestic programs and suspends the debt ceiling through mid-2021, sending the White House-backed legislation to the Senate,” the Washington Post reports.

“A large majority of Democrats voted for the legislation, while a majority of Republicans opposed it despite appeals from President Trump to support the bill.”

“The 284-149 vote was one of the last acts by the House before lawmakers leave Washington for a six-week summer recess. The Senate is expected to act on the bill next week and sent it to Trump for his signature before senators, too, abandon the Capitol for the summer.”

Jonathan Bernstein: “Some things are so obvious that no one even bothers to mention them. So I want to be clear: House Republicans embarrassed themselves Wednesday at former special counsel Robert Mueller’s hearings.”

“There’s nothing wrong with politicians defending a president of the same party during a scandal. It’s their job, in fact, to point out where evidence is weak, conclusions assume too much, or stories have holes in them. Nor is it a problem when they try to place a scandal in context if (as is often the case) a media frenzy or overeager out-party has exaggerated the importance of some instance of wrongdoing. Many Republicans played that role during Watergate, and while they were burned by a president who couldn’t be trusted, historians have been relatively kind to them.”

“That’s not what happened Wednesday. Instead of reading carefully into the evidence and finding contradictions or loose ends, House Republicans largely busied themselves with conspiracy theories.”

Washington Post: “You might have missed it amid the clipped one-word answers, political grandstanding and punditry. But former special counsel Robert Mueller issued a sharp warning on Wednesday regarding foreign interference in the 2020 election: ‘It wasn’t a single attempt. They’re doing it as we sit here. And they expect to do it during the next campaign.’”

“There was no topic that the halting and reluctant witness spoke more forcefully and extensively on, telling lawmakers that efforts by Moscow — and other foreign entities — to interfere in U.S. elections are ‘among the most serious’ challenges to U.S. democracy.”

Former Nixon White House counsel John Dean told CNN that special counsel Robert Mueller not pursuing a subpoena for President Trump was akin to not pursuing the Nixon tapes containing his conversations about the Watergate scandal.

Said Dean: “This is a man who if it had been Richard Nixon, wouldn’t go after the tapes because it would take too long. And I think that’s something that’s going to hang over this investigation, hang over Mueller, because he really didn’t vigorously pursue it as he might’ve.”

“Four automakers from three continents have struck a deal with California to produce more fuel-efficient cars for their U.S. fleets in coming years, undercutting one of the Trump administration’s most aggressive climate policy rollbacks,” the Washington Post reports.

Dan Balz: “Many Democrats long have considered Robert Mueller a potential savior, as the agent of President Trump’s eventual undoing. Wednesday’s hearings on Capitol Hill probably shattered those illusions once and for all. If Democrats hope to end the Trump presidency, they will have to do so by defeating him at the ballot box in November 2020.”

“In reality, that has been the case for months. Still, scheduled testimony by the former special counsel before two House committees offered the possibility that he would say something that would suddenly change public perceptions and dramatically jump-start long-stalled prospects for an impeachment inquiry. That was certainly the Democrats’ goal. If anything, things could move in the opposite direction.”

“Regardless of the evidence of obstruction contained in Mueller’s report, impeachment is a fraught strategy for the Democrats, given public opinion and the dynamics in the Senate. After Wednesday, the prospects for impeachment appear more remote.”

“Senate Republicans blocked two election security bills and a cybersecurity measure on Wednesday in the wake of former special counsel Robert Mueller warning about meddling attempts during his public testimony before congressional lawmakers,” The Hill reports.

“But Sen. Cindy Hyde-Smith (R-MS) blocked each of the bills. She didn’t give reason for her objections, or say if she was objecting on behalf of herself or the Senate GOP caucus.”

John Cassidy: “For the past two and a half years of Donald Trump’s Presidency, I have consoled myself with the argument that, despite all the chaos and narcissism and racial incitement and norm-shattering, the American system of government is holding itself together. When Trump attempted to introduce a ban on Muslims entering the country and sought to add a citizenship question to the census, the courts restrained him. When he railed at NATO and loyal allies like Germany’s Angela Merkel, other members of his Administration issued quiet reassurances that it was just bluster. When the American people had the chance to issue a verdict on Trump’s first two years in office, they turned the House of Representatives over to the opposition party.”

“All of this was reassuring. But, while watching what happened on Capitol Hill on Wednesday, when Robert Mueller, the former special counsel, testified before two House committees, I struggled to contain a rising sense of dread about where the country is heading. With Republicans united behind the President, Democrats uncertain about how to proceed, and Mueller reluctant to the last to come straight out and say that the President committed impeachable offenses, it looks like Trump’s blitzkrieg tactics of demonizing anyone who challenges him, terrorizing potential dissidents on his own side, and relentlessly spouting propaganda over social media may have worked.”

“The Justice Department announced Thursday that it plans to resume executing prisoners awaiting the death penalty, ending almost two decades in which the federal government had not imposed capital punishment on prisoners,” the Washington Post reports.

House Intelligence Committee Chairman Adam Schiff (D-CA) downplayed the prospects of removing President Trump from office through impeachment, saying the only way he’s leaving office, at this point, is “by being voted out,” the Washington Post reports.

Said Schiff: “We do need to be realistic, and that is, the only way he’s leaving office, at least at this point, is by being voted out, and I think our efforts need to be made in every respect to make sure we turn out our people.”

He added: “Should we put the country through an impeachment? I haven’t been convinced yet that we should. Going through that kind of momentous and disruptive experience for the country, I think, is not something we go into lightly.”