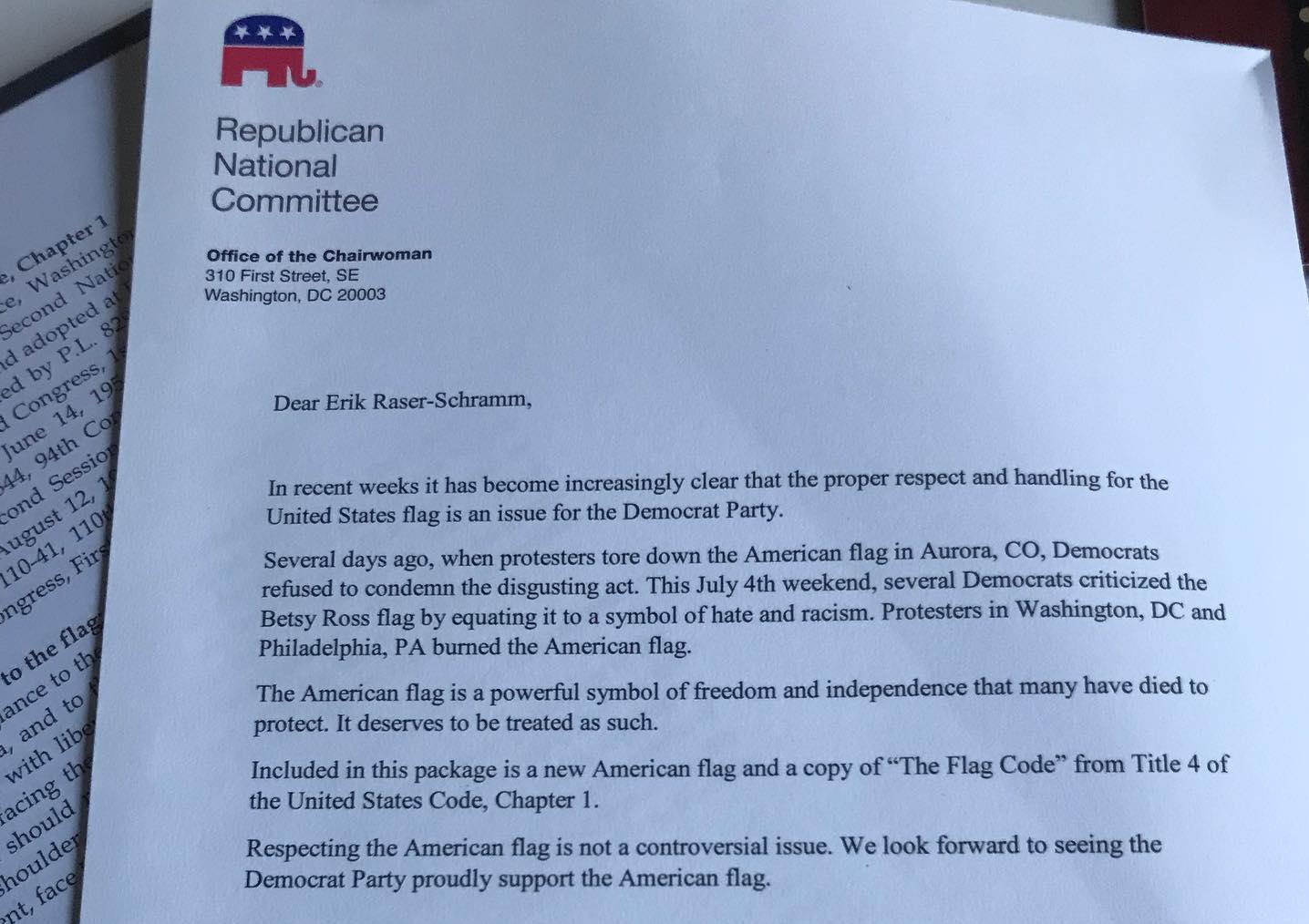 So apparently the Republican National Committee has spent untold Republican donations to send the Democratic State Party chairs a letter, a nice big American flag, and a copy of the Flag Code in an apparent trolling operation. Poor Ronna Romney McDaniel is offended that the Democrats did not condemn protesters who allegedly burned American flags in Colorado, DC and Philadelphia and because Democrats did not condemn a private company who made a market decision to remove the Betsy Ross circle of stars flag from their shoes.

Delaware Democratic Party Chair Erik Raser-Schramm’s response was to thank Romney for replacing a fading and worn flag he already had flying high at his farm. He was tickled that Republican donations paid for it, betting that Republican donors will not be happy that their money paid for flags for Democrats.

Jesse Chadderdon, the Delaware Democratic Party Executive Director, suggested that we or the DNC should send Romney and the Republican State Party Chairs pocket constitution so that they can all brush up on the First Amendment right to free expression and free speech, among a host of other things, like Article II and Article I.

I think that is a good idea. Except I don’t want Democratic money paying for it. Maybe Tom Steyer can redirect some of his largess to this endeavor. It will be worth more in the end than spending it on a quixotic presidential campaign.

8 comments on “What should we send to Republican State Party Chairs?”