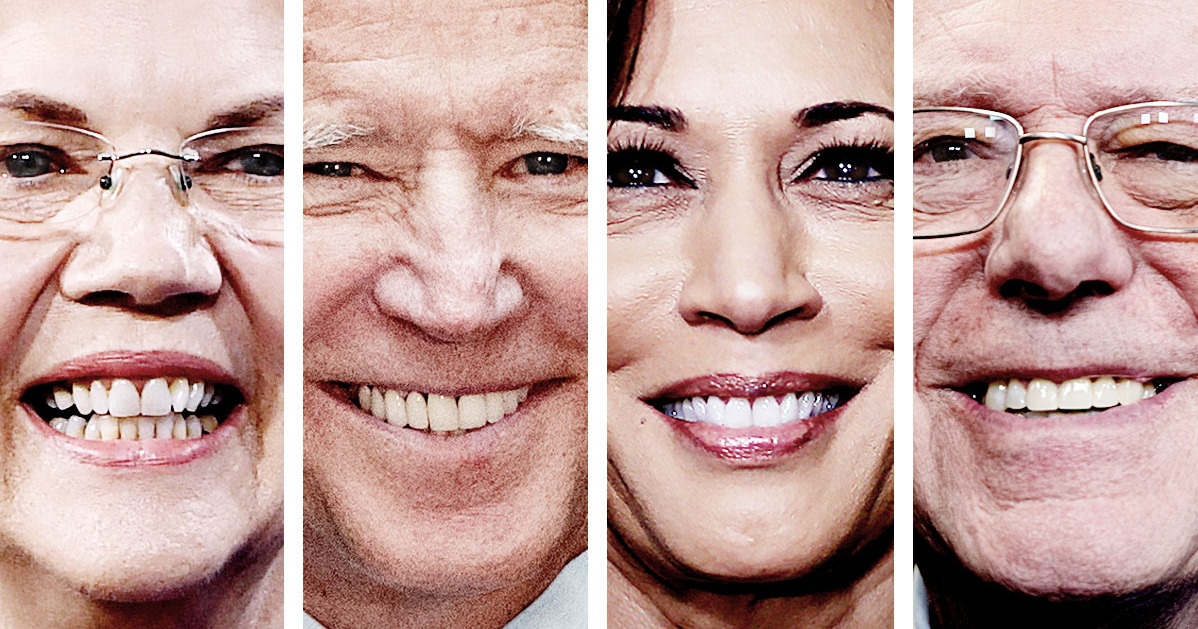 A Democratic super PAC is starting to spend at least $1 million a month online attacking President Trump’s record on the economy, Politico reports.

Priorities USA will focus the campaign on four states that Democrats see as crucial to winning back the White House: Florida, Pennsylvania, Michigan and Wisconsin.

A new forecast from Priorities USA, the largest Democratic super PAC, finds the eventual Democratic candidate would beat President Trump narrowly in the Electoral College, 278 to 260.

“Trump won 306 electoral votes in 2016, compared to Hillary Clinton’s 260, by carrying traditionally blue states such as Michigan, Wisconsin and Pennsylvania. The Priorities USA model moves those states back into the Democratic column, but not by much, and if Trump were to hang on to only one of those three states, he’d win the Electoral College.”

Detroit Free Press: “With a winning message, strong fundraising and a powerful ground game, Speaker of the House Nancy Pelosi said she plans to scare off credible challengers, secure a victorious 2020 election cycle and maintain the Democratic majority in the U.S. House of Representatives by November, a year before voters cast their ballots.”

“By November, sitting and potential members of Congress will make the decision on whether they’ll run for Congress in the 2020 cycle, Pelosi told the Detroit Free Press editorial board Monday. And Democratic candidates will have the edge.”

Said Gabbard: “I think one of the things I’m most concerned with is, Kamala Harris is not qualified to serve as commander in chief, and I can say this from a personal perspective as a soldier. She’s got no background or experience in foreign policy, and she lacks the temperament that is necessary for a commander-in-chief.”

Washington Post: “Key House campaigns reported massive fundraising hauls for this early stage of the campaign cycle, according to federal disclosures filed this past week by congressional campaigns, with all Democratic freshmen but one outraising their declared Republican challengers and several GOP incumbents lapped by Democratic opponents.”

A new Reuters/Ipsos poll finds just 18% of Republicans said they planned on watching former special counsel Robert Mueller’s testimony when it is broadcast live on the major U.S. television networks on Wednesday.

Sixty percent of Republicans said they would not watch and the rest were not sure.

The two Democratic presidential contenders with the boldest plans – Elizabeth Warren and Bernie Sanders – share this potential situation: If they win the White House, their party loses a Senate seat, NBC Newsreports.

At least in the short run.

Sen. Kirsten Gillibrand (D-NY) said that she had no regrets about calling for then-Sen. Al Franken (D-MN) to resign over sexual misconduct allegations, NBC News reports.

“Her quotes followed a New Yorker story in which seven current or former Democratic senators expressed regret for calling on him to resign in 2017. Gillibrand was the first senator to come forward.”

New York Magazine: “So we have a pretty clear idea of which states will be winners and losers in congressional reapportionment, based on Census estimates and projections.”

“According to a late-December 2018 analysis from Election Data Services, Texas will pick up three House seats and Florida two; while Arizona, Colorado, Montana, North Carolina, and Oregon will gain one each. New York is projected to lose two seats, while Alabama, Illinois, Michigan, Ohio, Pennsylvania, Rhode Island, and West Virginia are expected to lose one. California and Minnesota are thought to be on the bubble for possibly losing one seat.”

Walter Shapiro: “These Democrats-in-disarray columns invariably point out that only with sensible moderation can Donald Trump be defeated in 2020. As for Democratic congressional candidates, particularly first-term House members elected in the 2018 Democratic sweep, their political futures are jeopardized by the extreme antics of ‘the squad’ and the unreasonable demands of these left-wing activists with safe seats.”

“These are fine arguments — and I would probably accept them in a normal political climate. I remember the wipeout years for the Democrats, like 1972 and 1984, when the party was crushed by veering too far from the center in an increasingly conservative political environment.”

“But that was a different era when objective facts still mattered and hyperbole rather than outright lies still ruled political discourse… Trump’s contempt for anything resembling truth has erased this traditional political equation.”

A new Gallup poll finds 66% of Americans are in favor admitting Puerto Rico, now a U.S. territory, as a U.S. state.

This is consistent with the 59% to 65% range of public support Gallup has recorded for Puerto Rico statehood since 1962.

Washington Post: “More than a year out from the 2020 elections, the Democratic Party is in a fight for its identity. Meanwhile Trump and the GOP have landed on how they want to identify its members: as socialists.”

“But nuance in this debate won’t matter to Trump and Republicans, argues Democratic presidential candidate Pete Buttigieg. It might be tempting for Democrats to focus on pushing back against Trump, but the South Bend, Ind., mayor believes that the best approach is to move forward without taking that into consideration. For Democrats, that will mean spending less time responding to Trump and more time addressing the issues voters that are discussing most; and socialism isn’t one of them.”