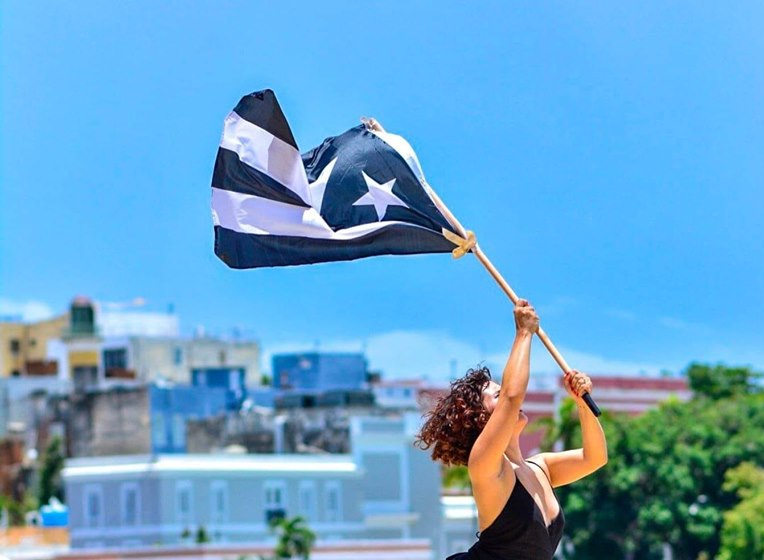 “The embattled governor of Puerto Rico Ricardo Rosselló has announced that he will not seek reelection in November 2020 but will not resign,” ABC News reports.

Axios: “Protestors took to the streets last week to demand Rosselló resign over leaked Telegram messages between the governor and his top aides that were reported to include misogynistic, profane and homophobic comments. Some of the messages were reported to have mocked victims of Hurricane Maria, a disaster over which Rosselló’s administration has been criticized for mishandling.”

Jonathan Swan: “Trump has a strongly held theory of Bolton’s value, according to senior administration officials and advisers to the president, including people who have privately recommended to Trump that he fire Bolton. Seven sources who have discussed Bolton with Trump told me the president says having Bolton on his team improves his bargaining position and gives him a psychological advantage over foes like Iran and North Korea.”

Said one source: “Trump thinks that Bolton is a key part of his negotiating strategy. He thinks that Bolton’s bellicosity and eagerness to kill people is a bargaining chip when he’s sitting down with foreign leaders. Bolton can be the bad cop and Trump can be the good cop. Trump believes this to his core.”

Although former Colorado Gov. John Hickenlooper (D) has said repeatedly that he has no intention of abandoning his struggling White House bid to challenge Sen. Cory Gardner (R-CO), a new Public Policy Polling survey finds Hickenlooper would crush any challengers in a Democratic U.S. Senate primary.

He’s leading the closest challenger, Andrew Romanoff, by 44% to 12%. No other possible candidate gets more than 4% support.

President Trump is doubling down in his fight with the “The Squad” on Twitter.

Said Trump: “I don’t believe the four Congresswomen are capable of loving our Country. They should apologize to America (and Israel) for the horrible (hateful) things they have said. They are destroying the Democrat Party, but are weak & insecure people who can never destroy our great Nation!”

Playbook: “Its hard to believe this is what Republican lawmakers who have urged Trump to tone down his rhetoric want.”

House Judiciary Chairman Jerry Nadler (D-NY) told Fox News that Donald Trump has “violated the law 6 ways from Sunday” and that he would be indicted if he were not president.

Said Nadler: “The president and the attorney general and others have spent the last few months systematically lying to the American people about what the investigation found. They’ve said that it found no collusion, that it found no obstruction, that it exonerated the president. All three of those statements are absolute lies.”

A new CBS News poll finds 59% of Americans disagree with what President Trump said in his tweets last week about four Democratic congresswomen of color, including 44% who disagree strongly with what he said.

But 40% of the country agrees with what Trump said.

Said Cummings: “No doubt about it.”

He added: “I tried to give him the benefit of the doubt but when I think about what he said to these young ladies who are merely trying to bring excellence to government… when I hear those things it takes me back.”

A new CBS News poll across the early primary and caucus states finds Joe Biden leading the Democratic field with 25%, followed by Elizabeth Warren at 20%, Kamala Harris at 16% and Bernie Sanders at 15%.

“If we consider a 15% threshold as the minimum support needed to win convention delegates, then across the early states, four candidates would meet that benchmark: Biden, Warren, Harris and Sanders.”

However, the contest “is tighter now among estimated delegates across early states, the true measure of the contest — delegates to the convention. By this measure, Warren is much closer to Biden due to stronger showings especially in very liberal areas.”

“Beto O’Rourke has gone from phenom to front-runner to flailing in five months, and so he came home to this dusty border town last week to regroup, prepare for the next debate, and try to recast himself as the underdog in a Democratic presidential race in which many have already counted him out,” NBC News reports.

“O’Rourke says that he doesn’t plan to change his freewheeling style much, but that a top priority now is to raise the money to keep building his campaign organization so it will be ready to rebound.”

Said O’Rourke: “If you remember in Texas, it didn’t happen overnight. It was a really long process that was against the odds, very often counted down and out.”