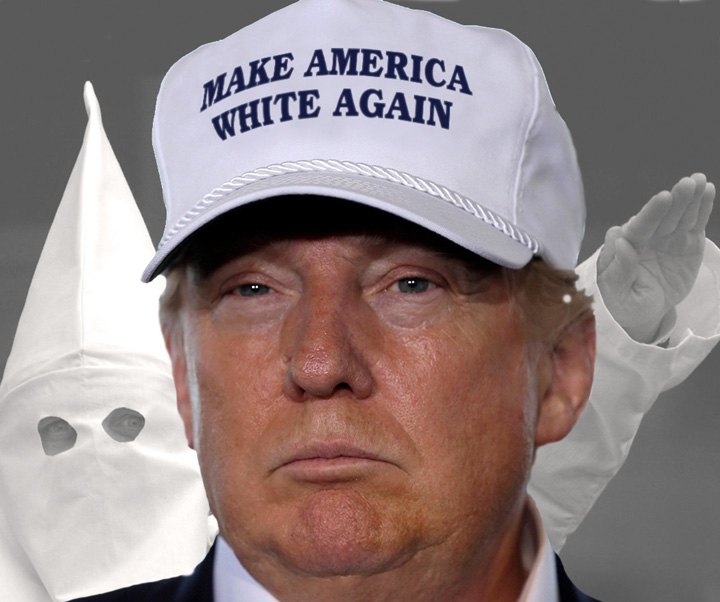 President Trump said on Twitter Sunday that a group of liberal lawmakers currently at odds with House Speaker Nancy Pelosi should “go back and help fix the totally broken and crime infested places from which they came” before arguing for how the U.S. should be governed, the Wall Street Journal reports.

Said Trump: “So interesting to see ‘Progressive Democrat Congresswomen, who originally came from countries whose governments are a complete and total catastrophe, the worst, most corrupt and inept anywhere in the world (if they even have a functioning government at all), now loudly and viciously telling the people of the United States, the greatest and most powerful Nation on earth, how our government is to be run.” He added: “Why don’t they go back and help fix the totally broken and crime infested places from which they came. Then come back and show us how…….it is done.”

Democrats immediately denounced the comments as racist, with Mrs. Pelosi calling them “xenophobic.”

Indeed the President presumes that because someone is of a different race than him, that means they are not Americans, or at least were not born here. It’s Birtherism 2.0.

No one can deny now that the President is not a racist. It’s an undisputed fact that he is. If you continue to support him, then it also means you support racism.

A new Wall Street Journal/NBC News poll finds Joe Biden leads President Trump by 9 points among registered voters, 51% to 42% — outside of the poll’s margin of error of plus-minus 3.5 percentage points.

Speaker Nancy Pelosi “said that a two-year budget agreement with the Trump administration must include equal increases in defense and nondefense spending, plus additional money for a program intended to improve healthcare for military veterans,” Reuters reports.

Said Pelosi: “We all agree on the need to address the debt limit, but we also must reach an agreement on spending priorities based upon the principle of parity as soon as possible.”

Daily Mail: “Donald Trump abandoned the Iran nuclear deal as an act of ‘diplomatic vandalism’ to spite his predecessor Barack Obama, Britain’s Ambassador to Washington wrote in a bombshell memo to Downing Street.”

“Sir Kim Darroch’s claim – made after Boris Johnson made a doomed trip to the White House to change the President’s mind – is revealed in leaked cables and briefing notes which led to Sir Kim’s resignation last week.”

“Two of Puerto Rico’s top government officials resigned on Saturday following the publication of a bombshell group chat in which Governor Ricardo Rossello and his closest allies exchanged controversial messages that have led to widespread calls for Rossello to also step down,” Reuters reports.

“It also follows a 32-count federal indictment and arrests on Wednesday of six people, including two former high-ranking Puerto Rico government officials, who were charged with conspiracy and other crimes in connection with millions of dollars in federal Medicaid and education funds.”

“President Trump used his White House Twitter perch Saturday to link to a commercial for his golf resorts in Scotland and Ireland,” the HuffPostreports.

“The post was the latest example of what ethics experts have complained is Trump’s manipulation of his powerful office to enrich himself and his family.”

New York Times: “Many in his generation and in his college class decided to come out as young adults, whether they were confident they would be accepted or not, and had their 20s to navigate being open about their identity — a process that helped make Americans more aware and accepting of their gay friends, family members and co-workers. Instead, Mr. Buttigieg spent those years trying to reconcile his private life with his aspirations for a high-profile career in public service.”

“Attitudes toward gay rights changed immensely during that period, though he acknowledges that he was not always able or willing to see what broader social and legal shifts meant for him personally.”

“Republicans have no real plan to establish a new health care system if the courts strike down the Affordable Care Act before the 2020 election. But plenty of them are rooting for its demise anyway — even if it means plunging the GOP into a debate that splits the party and leaves them politically vulnerable,” Politico reports.

“After a decade of trying to gut Obamacare, Republicans may finally get their wish thanks to a Trump administration-backed lawsuit. Its success would cause chaos not only in the insurance markets but on Capitol Hill. And Republican senators largely welcome it — even if they don’t know what comes next.”

Maureen Dowd: “In the age of Trump, there is no more stupid proposition than that Nancy Pelosi is the problem. If A.O.C. and her Pygmalions and acolytes decide that burning down the House is more important than deposing Trump, they will be left with a racist backward president and the emotional satisfaction of their own purity.”

I hate to quote Maureen “Donald the Dove Hillary the Hawk” Dowd, but she is right on this point, but it is also true that Nancy Pelosi and her staffers and backers need not attack “the squad” in the press or in tweets either. Everyone needs to stand the fuck down, and focus on Trump.