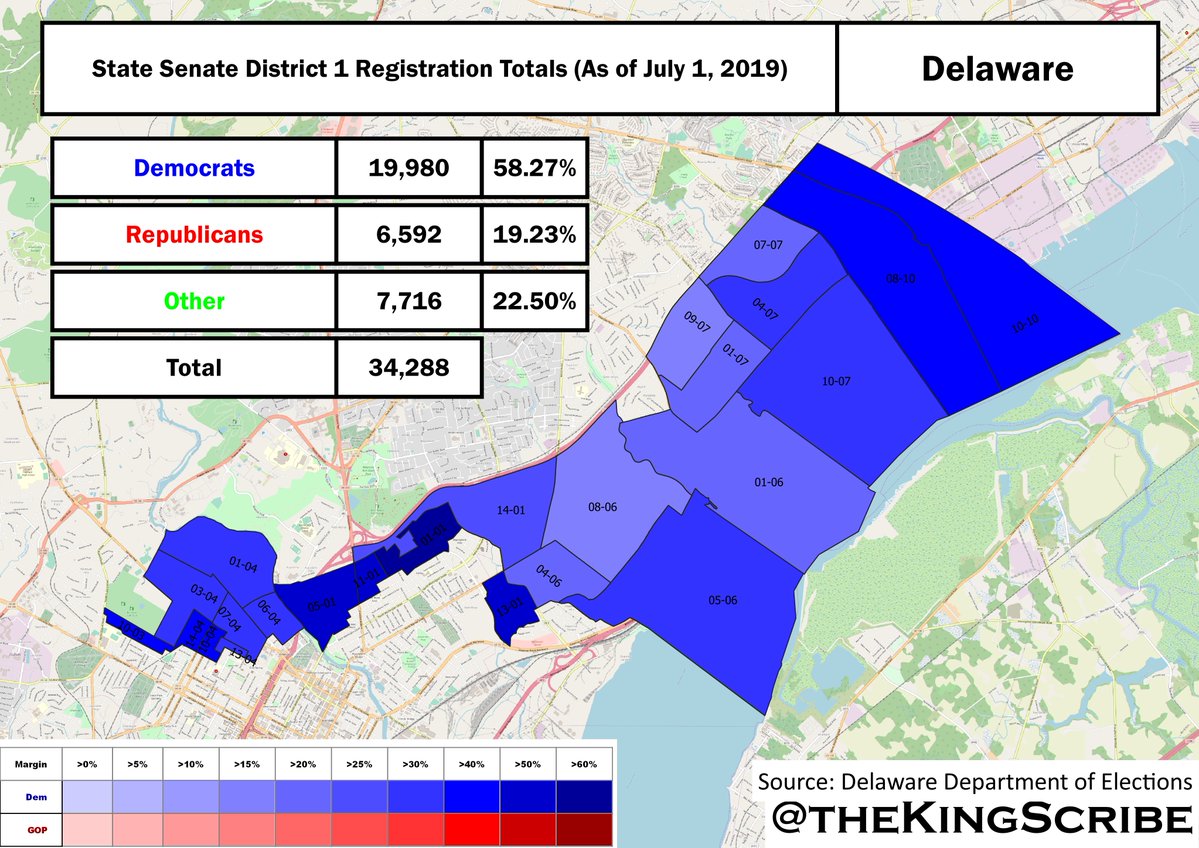 We have featured the work and maps of Nicholas Schrieber during the election last year. Needless to say, his maps are awesome and he has allowed us to post them here

At the time, I thought that Spadola might make the race more competitive because he was not your usual Republican sociopath, and instead had a more libertarian ideology, what with his support for the legalization of marijuana. Alas, I was wrong, and McDowell cruised to a 13 point win.

Here are the voter registration numbers as of July 1:

3 comments on “Demographics of the First Senate District”