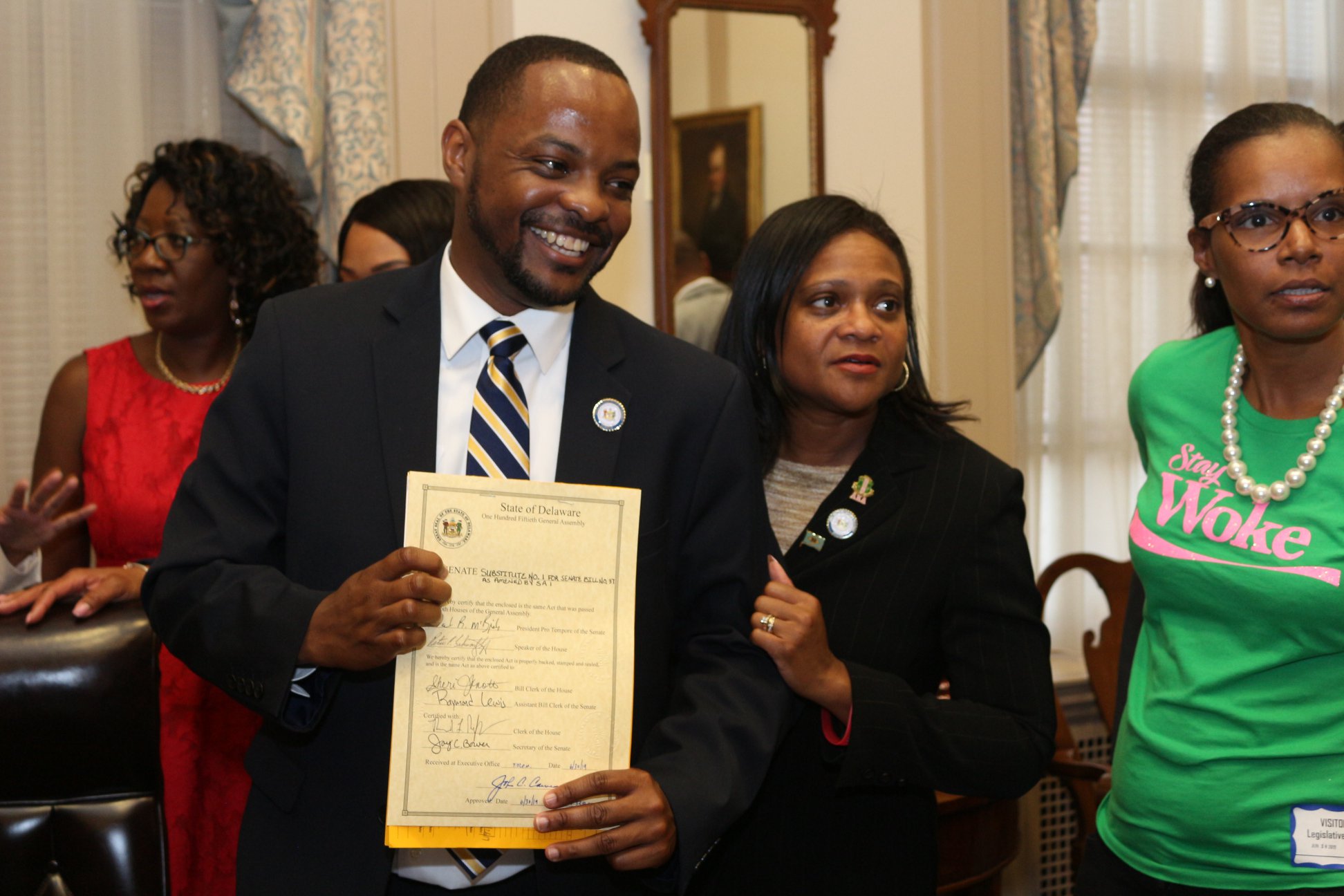 Senate Bill 37(S) -the bill that expands the availability of criminal record expungement for adult criminal records of arrest and conviction – passed the House 35-5-1 in the final week of the session and has already been signed into law by Governor John Carney.

The bill’s prime sponsor, Senator Darius Brown, after the signing: “Many people have waited many years for this historic night. The waiting began long before many of us ever dreamed we would get here[.] [We] have waited for a state law that upholds our common human dignity, that recognizes the value we all bring to this state, that confronts the injustices of tried-and-failed “tough on crime” laws, and that lays out a path to hard-earned second chances and restorative justice.”

“There is still work left to be done tonight, next year, and in the years to come, but we have now sent a clear signal that we are willing to work together to enact ambitious, meaningful, impactful criminal justice reform in Delaware. “